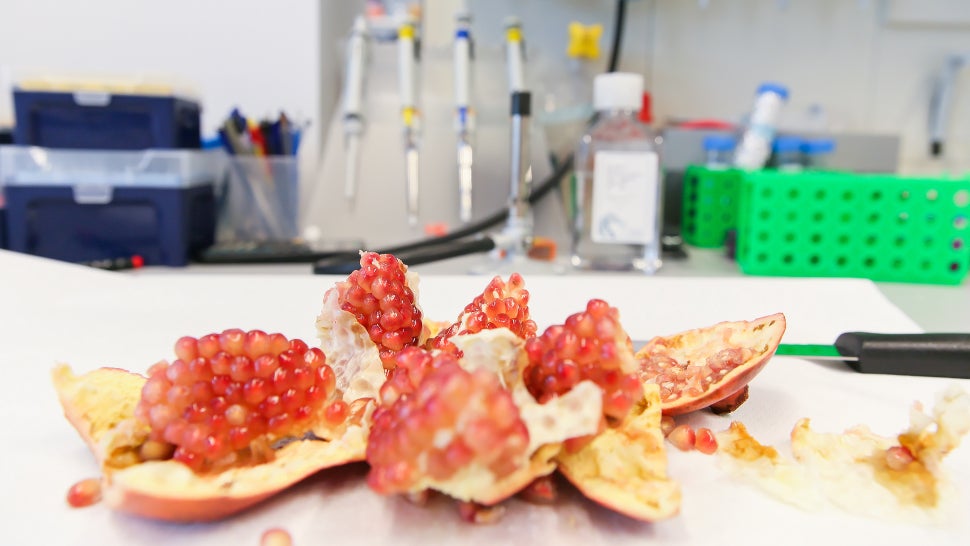 A compound found within pomegranates, when transformed by bacteria in the gut, has been shown to rejuvenate cellular function and reverse the effects of ageing on muscles, at least in worms and rodents. On their own, pomegranates may not confer these life-extending qualities — but the discovery could lead to powerful anti-ageing medicines. A pomegranate prepared for analysis in Johan Auwerx's lab at EPFL (Image: EPFL / Alain Herzog)

The molecule responsible for this rejuvenation effect is called urolithin A, but it isn't actually found in pomegranates. After eating the delectable juice from a pomegranate, natural substances known as ellagitannins are broken down in the stomach and then converted into urolithin A by our intestinal bacteria. And that's when the happiness begins.

A team of scientists from the Swiss Federal Institute of Technology in Lausanne, with the help of biotech firm Amazentis, has shown that this biological byproduct enables muscle cells to protect themselves against a major cause of ageing. In the words of the researchers, urolithin A conferred "powerful and measurable" anti-ageing effects on nematode worms and rodents. Human trials are already underway, but these preliminary findings have already been published in Nature Medicine.

The scientists discovered that urolithin A, or UA for short, is responsible for re-establishing a cell's ability to salvage and restore its failing mitochondria. Mitochondria — known as the "powerpacks" of cells — eventually fail over time, leading to all sorts of age-related complications, including weakened muscles and Parkinson's disease. "It's the only known molecule that can relaunch the mitochondrial clean-up process, otherwise known as mitophagy," noted Patrick Aebischer, co-author on the study, in a release. 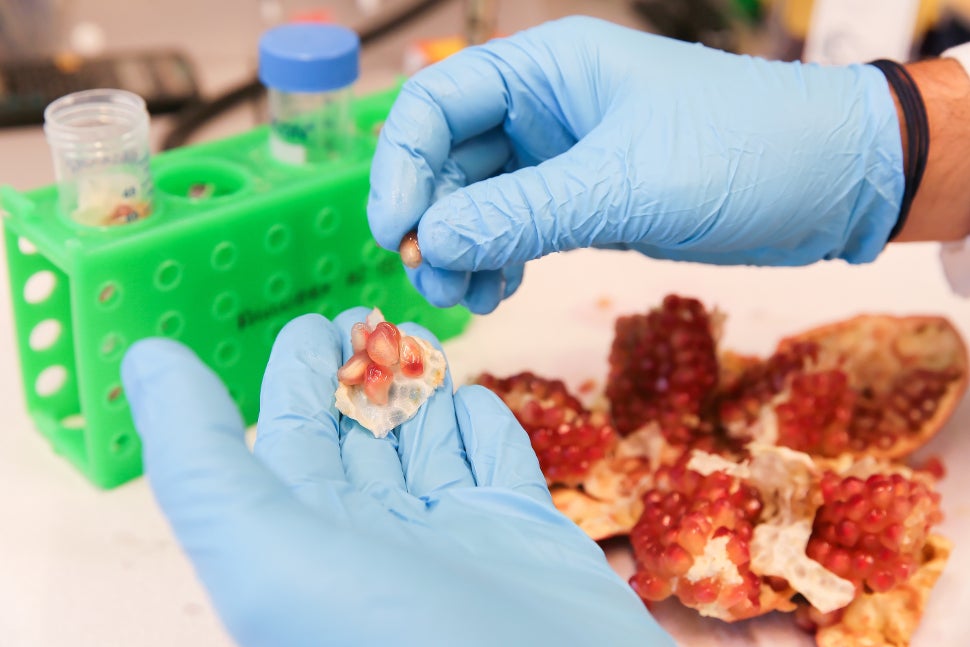 The effect of UA on lab animals was nothing short of jaw dropping. Elderly nematode worms exposed to UA lived 45 per cent longer compared to a control group. Older mice who were given the compound were 42 per cent better at endurance running than their UA-deprived counterparts. We still don't know what effect this compound will have on humans, but there's good reason to believe it will work, at least to some degree.

"Species that are evolutionarily quite distant, such as [worms and mice], react to the same substance in the same way," said study co-author Johan Auwerx. "That's a good indication that we're touching here on an essential mechanism in living organisms."

So does this mean you should start pounding back the pomegranates? Not necessarily. As noted, this fruit, along with some nuts and berries, contain just the ellagitannins, which is the precursor to urolithin A. The amount of UA that's produced in the gut varies widely, and it deviates from species to species, and from person to person. Some people may not be able to produce any UA at all, regardless of how many pomegranates they consume.

The good news, however, is that Amazentis, the biotech firm involved in the study, is now trying to find a way to deliver finely calibrated doses of urolithin A. To that end, the company is now conducting clinical trials on humans in European hospitals.

If UA provides similar mitochondrial-rejuvenating benefits to humans as it does to lab animals, the drug could be administered to the elderly to help with a host of age-related ailments, including (and especially) muscular degeneration. It likely won't extend our lifespans to extreme degrees, but importantly, it could extend the range of our healthy lifespans — and that's important.