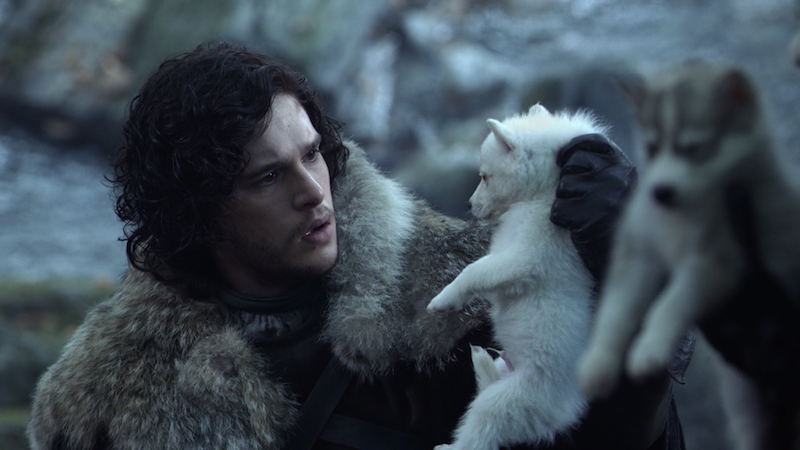 There's no real way to discuss this without spoilers, so let me put it this way: If you had any lingering doubts about that scene, you may put now them away.

The scene, of course, was atop the Tower of Joy, as young Ned Stark arrived to rescue his sister Lyanna, only to find her dying after giving birth to the artist eventually known as Jon Snow. We didn't hear everything Lyanna told Ned — and we certainly didn't hear who Jon's father was. We did, however, hear her beg Ned to protect the baby because "he" would kill him — presumably Robert Baratheon, who was on a Targaryen murder spree after Rhaegar abducted Lyanna — which implies that little Jon has Targaryen blood in him.

Certainly it has always stood to reason that Rhaegar would be Jon's father — he's the one who wanted Lyanna enough to steal her despite the fact he was married and Lyanna was betrothed to Robert, and he had kept her for many months before Ned finally arrived at the Tower of Joy to rescue her. But without audible confirmation that Rhaegar was the babydaddy, some people have been speculating that Jon's father may be someone else entirely.

These people are wrong, which we know thanks to this handy infographic just released by HBO: 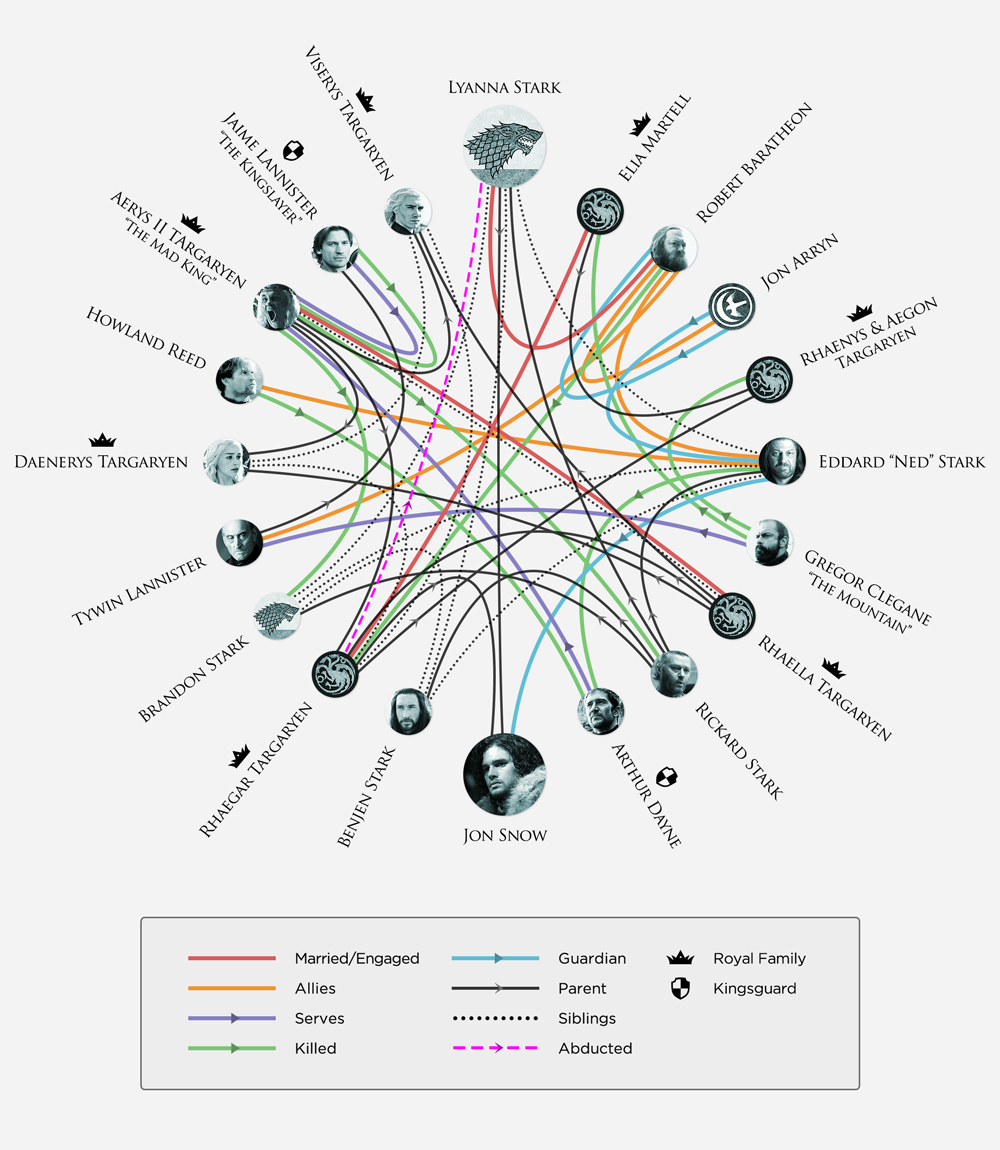 As you can see, it's a list of relationships which very clearly lists Rhaegar Targaryen as Jon's parent, along with Lyanna. If the show still wanted to present Jon's father as an unknown, then at the very least it would have left this particular line out.

So if you're one of the people who thought the show was presenting the formula that x + L = J (as opposed to the infinitely more prevalent even before the episode aired R + L = J), you may put down your pencils. HBO just solved for x.