When It Comes To Vocal Range, It's Not Just Size That Matters 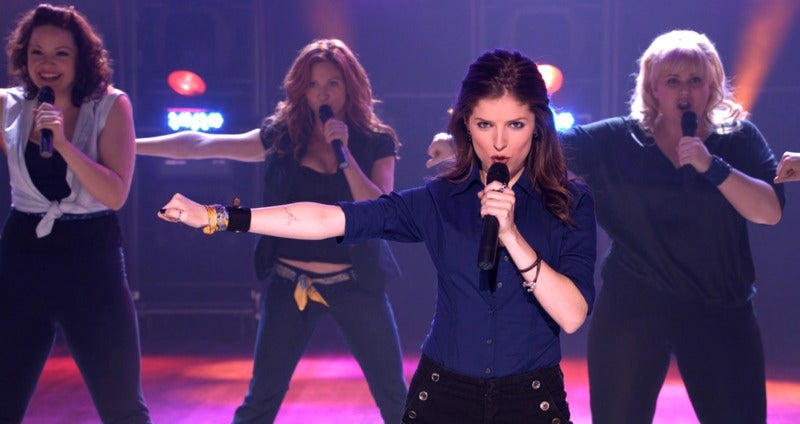 Most people have a modest two-octave vocal range when they sing, but some rare talents can manage five octaves or more. Think the late, great, Freddie Mercury of Queen, or Guns N' Roses' Axl Rose, although composer-singer Tim Storms holds the Guinness World Record for the largest vocal range: A whopping 10 octaves. The Barton Bellas show off their vocal ranges in Pitch Perfect (2012)

It's all the more impressive when you consider that singers accomplish this using just two strings — the vocal cords — compared to, say, a piano's 88 strings. But what determines that vocal range in the first place? A new paper in PLOS Computational Biology suggests that it all comes down to the stiffness and "stretchiness" of the vocal cords, which can be thought of as a bit like two guitar strings glued together with gelatin.

"It's absolutely amazing how nature has created a compound, laminated string to cover a pitch range that is difficult, by any stretch of the imagination, to cover with one string," lead author Ingo Titze, director of the National Center for Voice and Speech at the University of Utah, said in a statement.

The vocal cords really are an impressive bit of anatomy, human or otherwise. As I wrote for Scientific American back in 2011:

The most critical component of the vocal tract is the larynx, or voice box. Attached to the trachea just behind the Adam's apple, the larynx is made of various types of cartilage and a single bone called the hyoid. Together they provide a framework for the vocal folds, flaps of mucous membrane attached to muscles either side of the larynx. Sound is produced when air from the lungs flows through the trachea past the vocal folds and sets them vibrating. Contracting the muscles alters the shape, position and tension of the vocal folds, which in turn change the pitch of the resulting sound: the stiffer the vocal folds, the faster they vibrate and the higher the pitch they produce.

When we're born, our vocal cords are mostly gelatinous, but we develop fibres within that gel as we age. So mature vocal cords are more like guitar strings laminated with gelatin, with cross-linked fibre layers that can stretch and contract. Some layers might have more tension than others when vocalising, but because of those cross-links, they still all vibrate together. 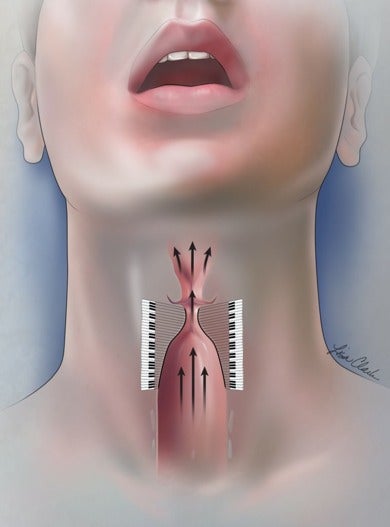 Working with Midwestern University's Tobias Riede and Ted Mau of the University of Texas Southwestern Medical Center, Titze studied the larynges of 16 species, from mice to humans to elephants.

Larger animals have larger bodies, and hence larger vocal tracts, so it's not surprising that the researchers found a strong correlation between body size and the average frequency (therefore pitch) a given animal could produce. But they found size was not a good basis for a model to predict a given animal's full vocal range.

"What's going on inside the larynx that allows this quite different outcome for pitch range across species, where the mean pitch is so well correlated with size?" Titze wondered.

It turns out that measuring how far an animal's vocal cords can stretch is a much better predictor of its vocal range. The other predictive factor is stiffness, determined by all those fibres within.

According to Titze, this research could lead to better exercises for singers to increase their vocal ranges. It may also ultimately lead to better treatments for damaged vocal cords. When the character Chloe develops nodes on her vocal cords in the 2012 hit film, Pitch Perfect, she opts for surgery, which destroys her upper vocal range. Better treatments could help singers like Chloe regain most of their range after surgery.