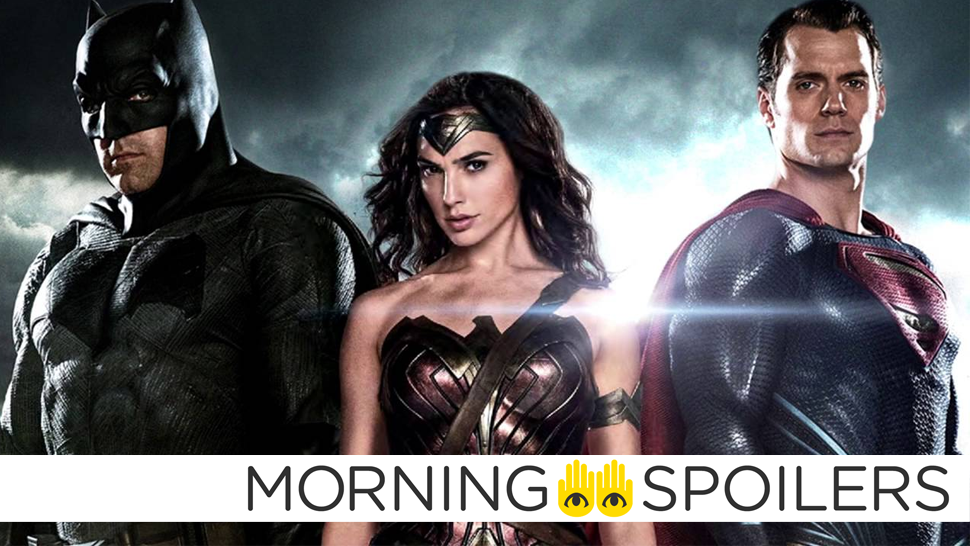 Casting for the film continues, with Beasts of No Nation's Abraham Attah joining the cast in another undisclosed role. [Deadline]

Jim Carrey and Eli Roth are teaming up to make an adaptation of the Steve Niles comic book about a slain TV horror host who curses his town.

George is going to be an executive producer on it with me. Of course — I would never make an 'Indiana Jones' film without George Lucas. That would be insane.

Karl Urban has stoked the fires for a sequel once more, purportedly telling fans at Denver Comic Con that a sequel to the cult hit reboot is currently "in production". Given the nebulous nature of that statement, don't really take this as a guarantee of Dredd 2's existence just yet. [Sciencefiction.com]

Iron Man 3 writer Drew Pearce will make his directorial debut with the movie, a crime/sci-fi thriller that has drawn comparisons to Ex Machina, Drive and Looper, according to Variety.

Paul Feig tells Empire he's up for a sequel to the spy-fi comedy:

That's another world that I don't want to walk away from. It's the first thing I did that I set up to be a possible franchise and Melissa is dying to do it. I have a story for it, and a funny idea that will kick it off that involves Statham. Susan Cooper is one of my favourite characters I've ever come up with, but Rick Ford is possibly the one I'll take to the grave with me. Will he get any more self-aware in the sequel? No, god no. He'll get less self-aware.

A new tie-in music video from the band Twenty One Pilots features a smattering of new footage from the film:

A new set picture of Danny McBride with Ridley Scott has been released.

Welcome to 2016, where now even teaser posters get teaser posters. This one reveals the film's tagline, which is inexplicably not "Go Go Power Rangers".

Buried in the litany of set reports released yesterday about the production of Justice League, a report from Joblo includes a comment that Snyder is currently working a secret project with Johns that couldn't be discussed. Naturally, this lead to a flurry of speculation as to what the project is, with guesses ranging from the obvious (Justice League 2), to the slightly more out there (Green Lantern Corps, given Johns' love of the comics), to the downright unlikely (Snyder's 300-style take on the American Civil War).

But Heroic Hollywood claims that the project isn't a DC Film, and offers an alternative option: The previously rumoured Watchmen HBO show. This would make a good deal of sense, given Snyder's own cinematic adaptation of the iconic comic, and Johns' recent major role in bringing the Watchmen characters into the DC Comics universe — but take it more as an educated guess for now.

Chad Coleman has been cast as recurring villain Tobias Church, a gangster who is "looking to unite the various criminal enterprises in Star City under his own singular command". [IGN]

Finally, the British supernatural horror drama has been renewed for a second season. [Spoiler TV]