These Rumoured Justice League Movie Titles Are The Worst 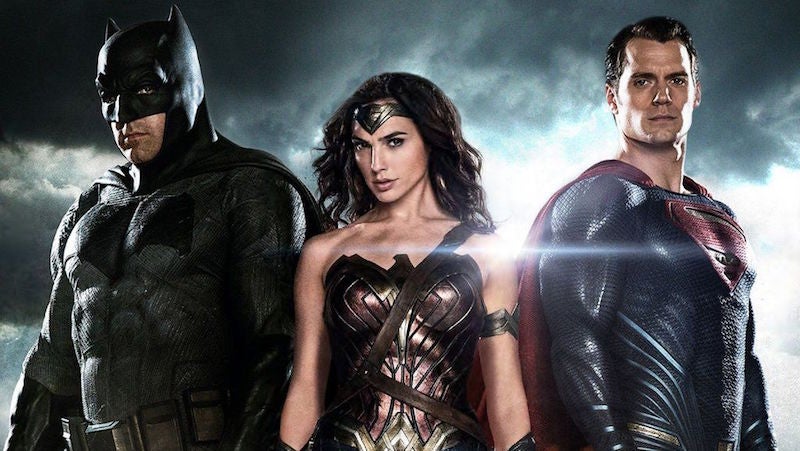 On the one hand, these titles come from the flimsiest of rumours. On the other, they are so bad I totally see the same marketing department that came up with "Batman v Superman: Dawn of Justice" coming up with these. image: Warner Bros.

This group of potential movie titles comes courtesy of Heroic Hollywood, which warns a bunch of times that these are just rumours and that the only thing anyone has said about them is, essentially, "No comment." But that said, here are the four options floating around:

Let's also remember that the second X-Men movie was sometimes marketed as X2: X-Men United, which was also just an awful, awful title. Maybe leave "united" alone. Also leave Angels and Demons by the wayside, as that sounds very much like Tom Hanks is going to show up as Robert Langdon and lecture a very confused group of superheroes about all the things the Catholic Church is hiding about Jesus.

The other two titles are basically there just in case you didn't get that Zack Snyder sees these characters as gods compared to us, the little people. And if you missed that incredibly subtle point of Batman v Superman, delivered pretty much verbatim, repeatedly, by basically all the characters, you were probably one of the people who didn't see it and won't see this.

Studios really need to get over the desperate desire to be clever with comic book movie titles. And stop being afraid of numbers. Just call them Justice League and Justice League 2.