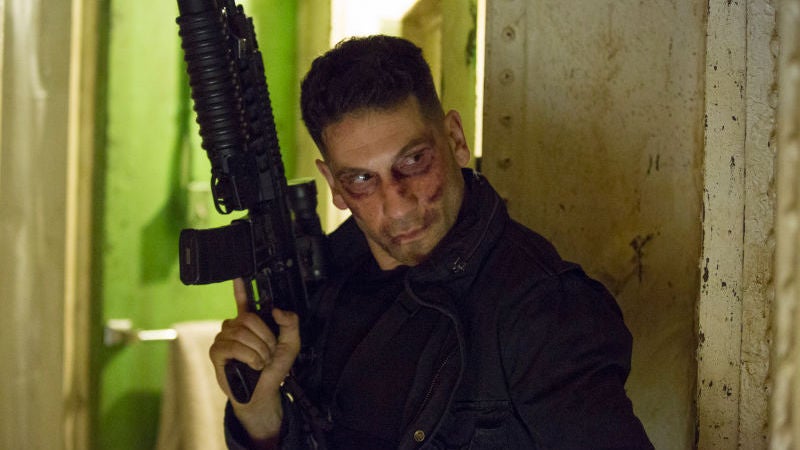 Which is presumably why the character's getting his own series. Speaking with Awards Daily, Jon Bernthal talked about his version of Frank Castle in the Netflix series Daredevil. There's more to the enigmatic character than just the grief of losing his family.

In a bit about all the work that goes into the fights in the series, Bernthal dropped this bit in:

I think when you're talking about characters like these, the way they fight, what's motivating the fight is very important. Beating someone up to drag them into jail is different than someone who is exercising his rage on people. The Frank Castle you find in this story is not The Punisher. He's reeling from the loss of his family. He's driven by rage and is on a singular mission to find these people who took his family from him, and do it as brutally as possible.

Which actually makes more sense than it doesn't — if you see season two of Daredevil as Frank Castle's origin story, he's not the Punisher until he spray-paints the shirt with the famous skull.

Bernthal answered a question about what's next for the character by saying, "I have no idea. We are going to do a show with him next year. I'm really excited about that. We'll have to see." It's probably fair to say that we'll probably see Frank Castle in full Punisher mode in it.