The FBI Is Letting Tech Companies Off The Leash, But Only A Little Bit 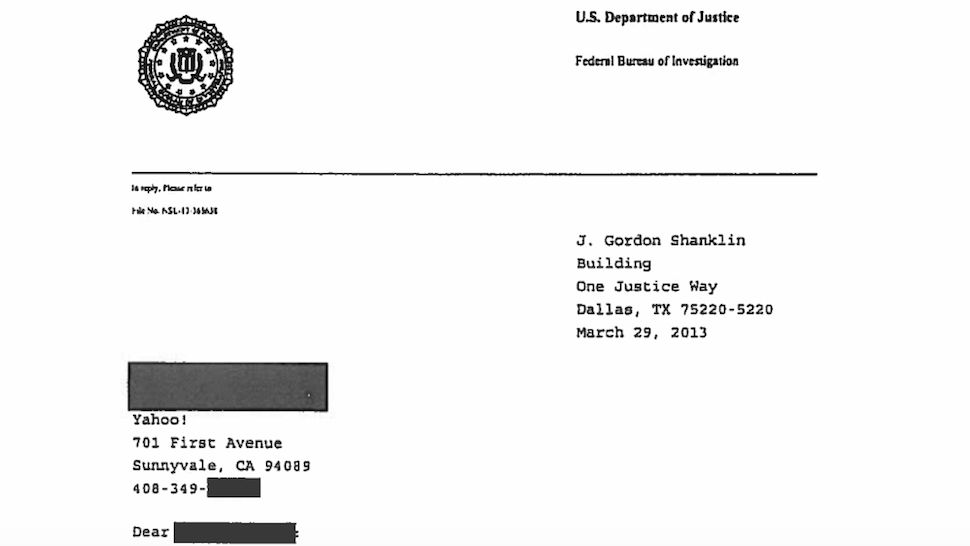 Today, Yahoo announced the public disclosure of three National Security Letters it received from the FBI — an acknowledgement that has never happened before, according to Yahoo. Image: Yahoo

Previously, the letters — received on April 2013, August 2013 and June 2015, respectively — had been subject to non-disclosure agreements set forth by the FBI. But under the USA Freedom Act, which was passed in June 2015, the FBI must now periodically reassess nondisclosure orders "to determine necessity". In early May, Yahoo received letters from the FBI stating that the past gag orders were no longer needed.

As part of its "commitment to sharing as much information as we legally can regarding government data requests", Yahoo went and published redacted versions of the letters, which all included requests for information on specific Yahoo users. 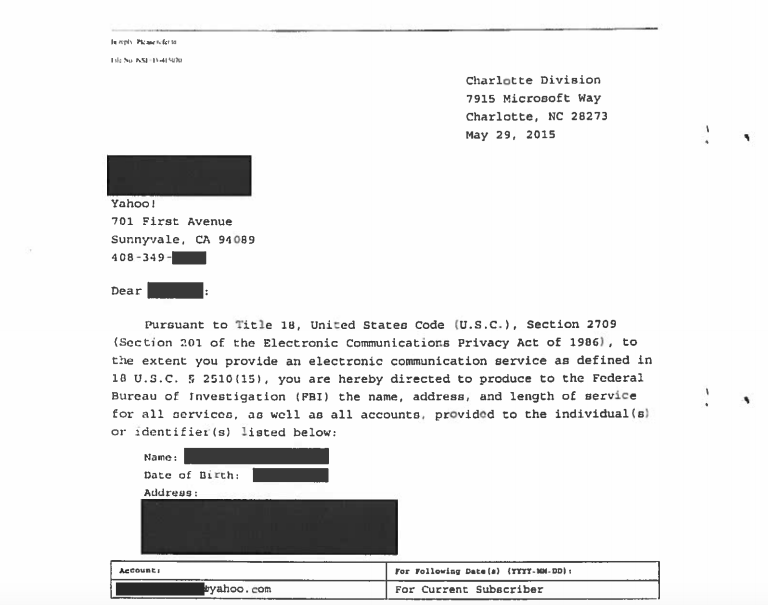 There's nothing much of interest in the letters themselves — any juicy information was redacted — but it does provide some insight into how the FBI collects information, which companies had previously been unable to discuss publicly. In the future, Yahoo said, its Transparency Reports will include the number of NSLs it receives if the FBI deigns their nondisclosure clauses unnecessary.

The USA Freedom Act was passed to inject some reform into America's janky surveillance methods, and according to the law, "NSL nondisclosure orders must be based upon a danger to national security or interference with an investigation". Theoretically, NSLs are sent to companies or institutions for national security purposes, but as the Electronic Privacy Information Center points out, the nondisclosure clauses "[make] oversight difficult".

Of course, the clauses set forth by the USA Freedom Act are just a small step, so don't expect any earth-shaking disclosures any time soon. But at least Yahoo's disclosures appear to be a small step in the right direction.

We reached out to both Yahoo and the FBI for further comment, but had not received a response at time of writing.