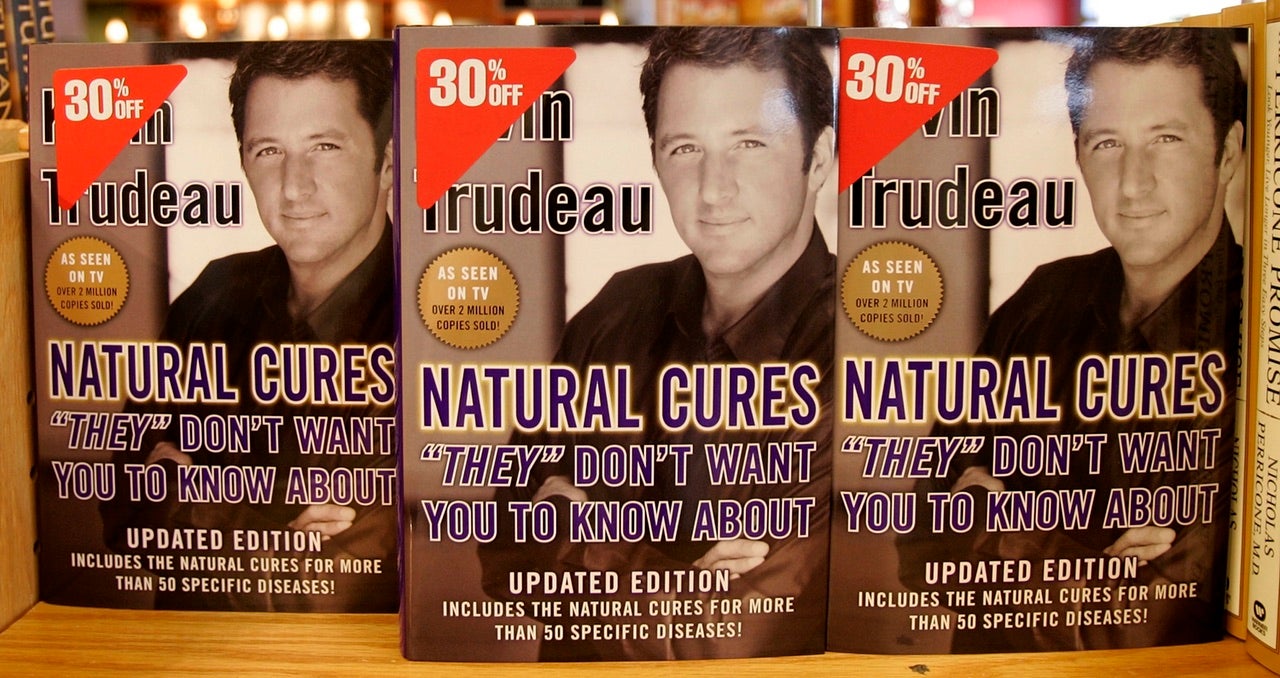 Kevin Trudeau spent the past decade publishing books that promise to tell you the health secrets that mainstream science won't. But he peddles bullshit. And the courts have repeatedly said as much, ordering him to pay over $US37 ($50) million for misrepresenting what's in his books. Now some consumers who got ripped off by his "weight loss cure" book will be getting some money back.

Lead Image: Kevin Trudeau's books at a bookstore in 2005 (Getty)

Trudeau is currently serving 10 years in prison for his scams that raked in millions. And today the FTC announced that they will be paying back roughly $US6 ($8) million to consumers who bought his 2007 book, The Weight Loss Cure 'They' Don't Want You to Know About. The courts ruled that peddling his weight loss book was in direct violation of a 2004 order from the FTC not to talk shit.

Needless to say, Trudeau's book was a bunch of shit. It required everything from 15 colonics in a single month to daily injections of a drug that could only be obtained overseas. Trudeau pleaded the Fifth Amendment when asked in court where all his money was, but a court-appointed receiver was finally able to find some of it.

"If someone moved, or believes they're entitled to a check but didn't get one, they should call the FTC's Consumer Response Center at 1-877-FTC-HELP (382-4357), but there's no guarantee at this point that money will be available for a refund," Frank Dorman from the FTC told me over email.

Kevin Trudeau's other best seller, Natural Cures, promised the inside scoop on secret cancer cures that Big Pharma doesn't want anyone to know about. This book is also filled with garbage.

"This book is exploiting and misleading people who are searching for cures to serious illnesses," said Teresa A. Santiago from the New York Consumer Protection Bureau when the book was originally released. "What they discover is page after page after page of pure speculation — not the cures for cancer and other diseases that are promised."

"From cover to cover, this book is a fraud," she continued. "The front cover makes false promises about 'natural cures' that are in the book, while the back cover includes false endorsements, including one from a doctor who died three years before the book was even written."

Kevin Trudeau is not a very nice man.