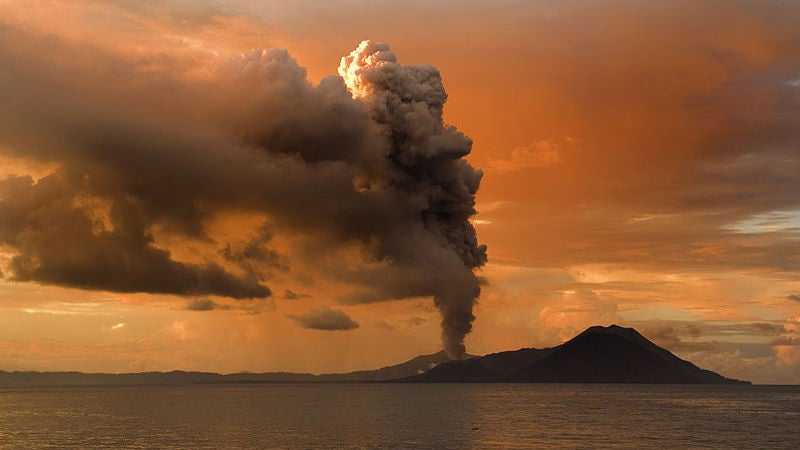 If an active volcano nearby suddenly kicks up its activity with steam, smoke and below-ground rumblings, it's a good idea to get away very quickly. But now researchers have found an even more dangerous sign to watch volcanoes for: Sudden, total silence. Tavurvur volcano eruption, 2009 (Image: Taro Taylor)

A team led by researchers at Carnegie Institution of Science has been monitoring the seismic activity of more than 50 volcanic explosions in active volcanoes since 2009. At first, they were looking for some pattern in the teeming geological activity before eruptions that could predict explosions. The pattern they found, however, was actually in a lack of activity.

Leading up to an eruption, volcanoes threw out plenty of smoke, fire and sputtering ground movement, just as expected. But, in the moments right before an eruption, the volcanoes went suddenly and completely quiet and still.

Now that they know about this lull before the eruption, researchers hope to work the information into pre-eruption warnings. Unfortunately, the time provided would be short. Most eruptions had quiet periods of less than 30 minutes, and some had lulls lasting only a few minutes. The longest one measured 10 hours, but then it was also followed by the largest eruption that researchers had seen.

With such brief lags before the eruption, it's unlikely that this information would give enough time for an effective evacuation. There is, however, another valuable piece of information in there. When researchers noticed that the longest lull was also linked to the biggest explosion, they compared all explosion sizes to the length of the quiet periods and found a clear correlation. The shorter the lull, the smaller the explosion; the longer the lull, the bigger the explosion. The team was even able to figure out how to calculate a minimum size for the upcoming explosion, which they detailed in a paper published yesterday in Earth and Planetary Science Letters.

Now that they have spotted the relationship, researchers can use those long, ominous silences to predict how big of an explosion we're about to see, right before it happens.