Marvel's Got An Asian Problem And It's Not Getting Any Better 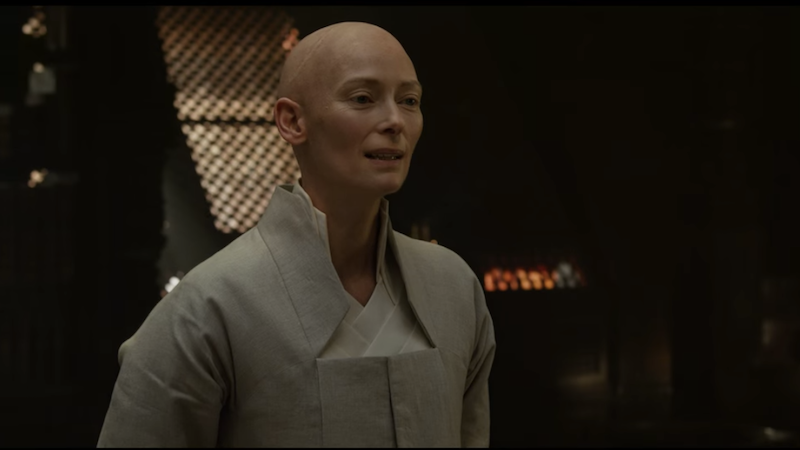 One of the latest Marvel casting rumours making the rounds is that Michael Barbieri's Spider-Man: Homecoming character is based on Ganke Lee, who, in the comics, is the best friend of Miles Morales. Not regular Spider-Man, better known as Peter Parker. In the comics, Ganke Lee is a pudgy Korean-American. He looks like this: 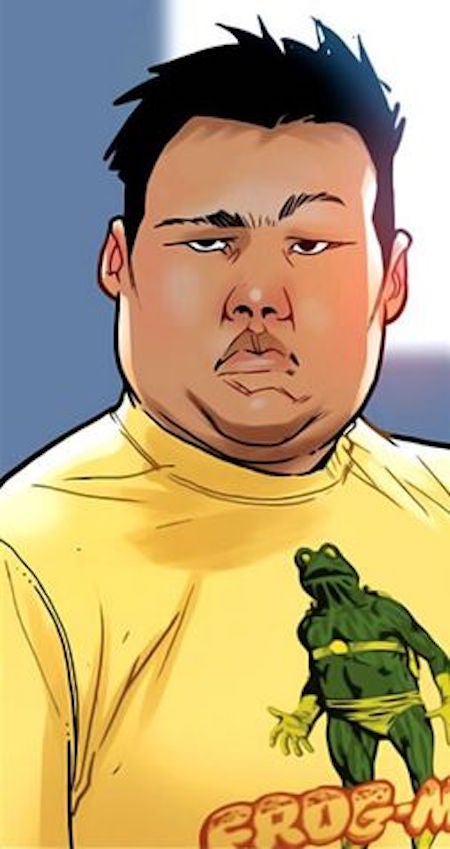 Image: Marvel via the Marvel Database This is Barbieri: 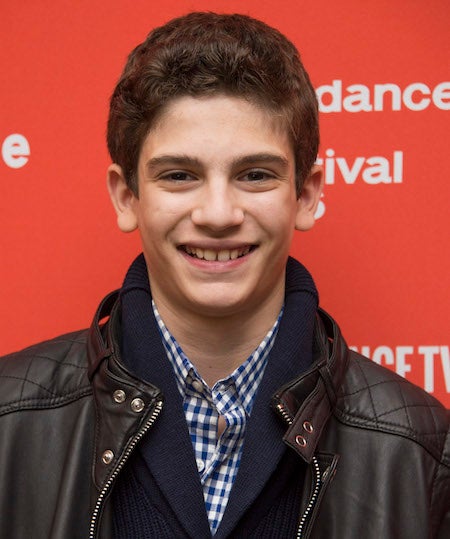 Image: Arthur Mola/Invision/AP Now, the reports do claim that the character is merely based on Brian Michael Bendis' character. Comicbook.com says that it's Ganke's "affinity for Superheroes and unwavering optimism and support of his friend" that will be worked in. What's being left out is his actual ethnicity.

To be fair, none of this has been officially confirmed. And even if it is true — that they have based a whole new character on Ganke — it's unlikely that it Marvel will ever admit it. Ironically, Marvel would never say that the Spider-Man movie has a non-Asian character based on Ganke for the same reason it's so believable that they do: Marvel's shows and movies have an Asian problem.

Marvel, both in theatres and on Netflix, has managed to create a many-layered problem with how it approaches Asian characters. First, it has too few Asian characters. Second, the ones it does have are all stereotypes. And third, even those few stereotyped roles have started going to white people. Marvel has occasionally addressed these glaring problems, but they have yet to fix them.

It shouldn't come as a shock that there are so few roles for Asian actors in Marvel projects. It's a franchise that has taken a fair amount of hits for how long it's taken for a woman or a person of colour to be the named star of a movie or TV show. Off the top of my head, the Asian characters I can come up with from the movies are the Mandarin (really doesn't count) and the random doctor character from Age of Ultron. That's piss poor to say the least.

But this lack of opportunity is compounded by the fact that the few Asian roles offered are stereotypes — not subverted stereotypes, but genuinely offensive depictions of Asians.

When it comes to Asians there are two kinds of stereotypes, and they are both very insidious. There's the comedy Asian which has one or all of the following characteristics: hardworking, nerdy, shy, and a thick accent. If the character is a woman, she's probably both obedient and fetishized. If the character is male, he's socially awkward and nerdy to the point of being completely nonthreatening. In either gender, the stereotype strips the Asian character of strength.

The second kind of stereotype is nastier and more pervasive. This is Asia as an unfathomable land of near barbarians, whose startling brutality and dark, heathen magic makes them a danger to "proper civilisation." These aren't strong characters, they are villains to be feared, hence the phenomenon's name: "The Yellow Peril." Given a female face, the Yellow Peril is the Dragon Lady, an inscrutable Asian woman who presides over a criminal organisation who wears a kimono or a qipao. Her actual background does not matter because she wears these things mostly as a reminder that she's foreign.

Daredevil doesn't just feature the "Yellow Peril" trope, it practically revels in it. Madame Gao is a Dragon Lady to the core, and the Hand is the Yellow Peril on steroids. These aren't characters, they're plot devices that use deep-seated assumptions about Asia as shortcuts. They're Asian ninjas with magic powers, you don't need to actually explain how or why they do what they do. Who could possibly understand them and their foreign ways?

Daredevil is a show that was described by its original showrunner as "grounded, gritty, as realistic as we could portray," and yet no one involved questioned whether the Asian elements it included were offensive or not. They are. The show has done no work to explain why the Hand has to be Asian, other than "because ninjas are cool." Daredevil having Asians appear solely as bad guys in the comics doesn't excuse this. The ignorance of Marvel then doesn't excuse the ignorance of Marvel now.

But at least Daredevil bothered to cast any Asians at all. The Marvel movies have gone the other nastily racist route by whitewashing characters that should be played by actors of Asian descent. This, of course, is where Doctor Strange stepped into the breach.

The whole narrative of Doctor Strange is most kindly described as a "throwback." Strange is a white, western surgeon who learns mystical arts in a monastery in the Himalayas under the tutelage of an old Asian man named the Ancient One, and is pretty obviously based on the Western fascination with Tibetan mysticism. The Ancient One is yet another stereotype of Asian, albeit a less overly negative one — that of the wizened, Yoda-like mentor whose sole purpose is to teach a white person his or her strange ways so they can accomplish their goals. It often goes hand-in-hand with the white saviour archetype.

In the Doctor Strange movie, this master of the mystical arts is being played by Tilda Swinton. And she is, according to Marvel, supposedly playing a version of the Ancient One that happens to be Celtic. The company even implied that the change was part of Marvel's practice of "regularly depart[ing] from stereotypes and source material."

But what Marvel didn't do was whitewash the whole storyline. While the Ancient One's race may have changed, the Asian stereotypes weren't removed. Watch the trailer again: Benedict Cumberbatch's Doctor Strange doesn't end up in training in a "Celtic" place. He travels east into a nonspecific amalgam of "Asia." Kevin Feige told Birth Movies Death that "The phony mysticism is part of what makes Doctor Strange interesting!" and that Strange just leaves New York and heads "east."

"Phony mysticism" is an awful thing for Feige to be so gleeful about, by the way. It's phony mysticism because it's how white people have taken the disparate cultures and histories of dozens of countries into a generic set of hokey beliefs. "What makes Doctor Strange interesting is that we sent him east to learn fakey BS from a hilarious old Asian man!" Except this time, an Asian isn't even allowed to play the terrible, clichéd role of the Ancient One.

The Ancient One who runs an Asian temple in generic Asia, surrounded by Asian students, is... Celtic? That's not less racist. It just means another white person managed to appropriate this culture before the hero of the movie even showed up.

Marvel's most craven defence for this change is that the character needed to be changed from anything that even hinted at Tibet because Marvel needs Doctor Strange to be shown in China. The writer of the Doctor Strange script, C. Robert Carvill, told Double Toasted that keeping the Tibetan origin of the Ancient One risked "the Chinese government going, 'Hey, you know one of the biggest film-watching countries in the world? We're not going to show your movie because you decided to get political.'" (Marvel denies this was the reason. Marvel also created a version of Iron Man 3 just for China.)

So, on the one hand, we have Daredevil's stereotyping and, on the other hand, we have Doctor Strange's whitewashing. This forces a lot of Asians and people of Asian descent into the position of wondering whether shitty representation really is better than no representation at all. I have personally found myself occasionally saying, "You know what? If Daredevil is the best they can do, I'd almost rather they just left us alone."

What's frustrating is that there are easy ways around this problem: use the character, cast an Asian actor, and then do the work to either subvert or explain the stereotype. Don't take the shortcut. The shortcut is racism.

Marvel's already missed a ready-made chance add depth to another one of its "white person learns mystical Asian arts and is the best ever at them" stories by not changing the race of Danny Rand for Iron Fist. Hell, they could have done the same in the casting of Stephen Strange, who has no intrinsic need to be white.

Oddly, the only live-action Marvel property which isn't constantly falling prey to these problems is Agents of SHIELD, which they'd get more credit for if I weren't certain that no one in the company either cared about or remembered the show's existence — a supposition backed up by one of the stars of the show, by the way. Neglect is actually serving Agents of SHIELD well in this respect.

Which brings us back to the rumours that Michael Barbieri is playing a character based on Ganke Lee in Spider-Man: Homecoming. Given the criticism Marvel has received for its poor portrayals of Asians, we'll probably never know for sure if the movie character is a whitewashed version of Miles Morales' friend. But unfortunately for the company, Marvel's history, its recent history, makes it very believable. The same people who don't seem to realise what's wrong with Tilda Swinton playing a master of Asian mysticism in Doctor Strange would also absolutely not realise what was wrong with cannibalising the character of Ganke Lee.

When Deadline recently asked Feige about Marvel's poor representation of Asians, he said, "I'm hopeful that some of our upcoming announcements are going to show that we've been listening." If Spider-Man: Homecoming is part of his proof, then Marvel clearly hasn't been listening at all. Or maybe they are listening, and somehow they think taking away these few, terrible roles for Asian actors will make things better.

There is every chance Marvel thinks taking the "Asian" out of "Asian stereotype" fixes their problem. The Ancient One can't be a racist caricature if she's a woman now; Ganke Lee isn't the "minority best friend" trope if he's not a minority. Marvel did a similar swerve in their approach to the Mandarin in Iron Man 3, but at least they didn't cast a white person in the role that time.

But whitewashing doesn't fix the racism problem. It's still racism, just in a different form. Marvel has an Asian problem. And right now, it only seems to be getting worse.