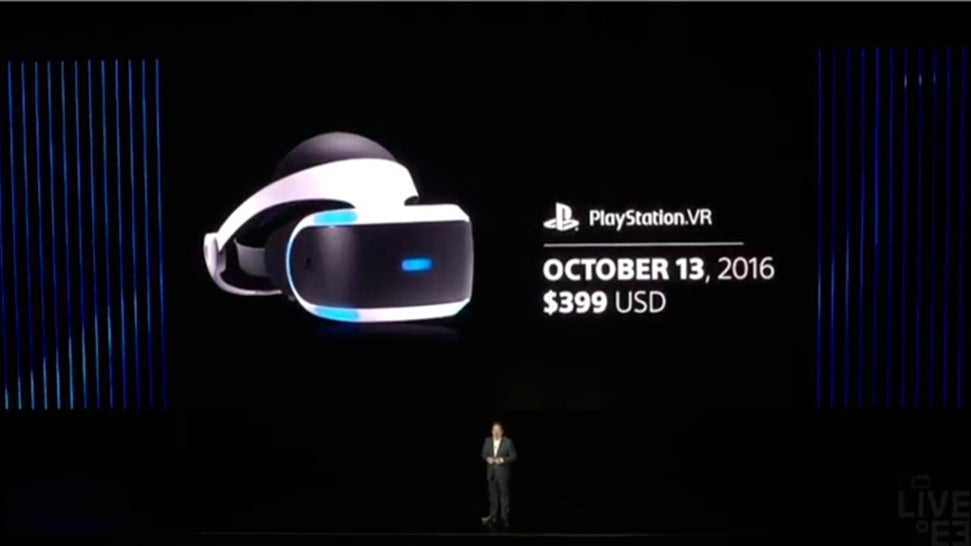 PS VR, Sony’s super exceptional VR headset that competes with the HTC Vive and Oculus Rift, has been in development for a while and we’ve been super impressed every time we’ve tried it out.

But there’s been one major issue with the headset — no release date.

Today in LA Sony announced that PS VR will be available in the starting 13 October 2016 for a price of $US399 ($540) in the US – $549.95 in Australia. It’s significantly less than either competitor and with many people already owning the required PS4 it should make the barrier for entry low enough that non-enthusiasts can enjoy.

Sony has also promised what is easily the best series of launch titles for its VR system, with over 50 games to be released between October and the end of the year, including what appears to be a Star Wars game and a Batman game (with Mark Hamill returning as the Joker!).

At this point Sony still hasn’t announced the rumoured PS4.5 system — which means those rumours of the PS4 being incapable of running PSVR may have been just bunk.