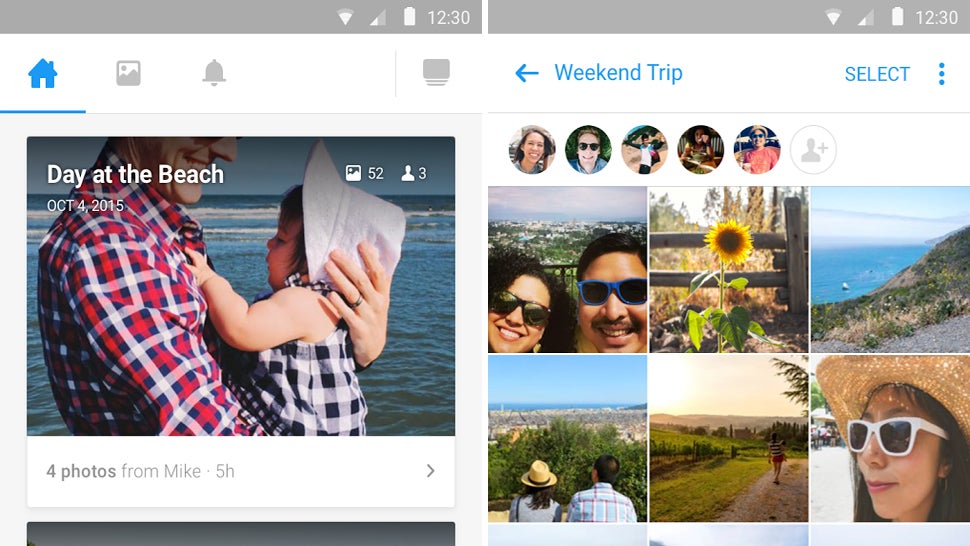 In preparation for a full-scale push of the Moments app, Facebook has issued users an ultimatum: Download the app, or risk losing many of your photos forever. Images: Facebook

Sometime this week, Facebook users (and considering the statistics, I assume that's most of you) may have received an email stating that some privately synced photos would be deleted soon in order to make way for the Moments app, which has been around for about a year. 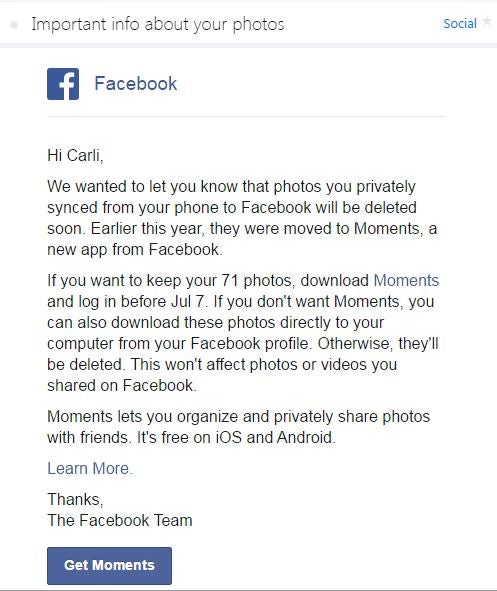 Never heard of Facebook having the ability to sync photos from your device? If you go to your profile and click on Photos, you'll see a section titled Synced From Phone. Curious to see what my synced photos were, since I had turned off that function years ago, I clicked on the tab, only to get that happy message again.

As per the message, users can download these synced photos into a zip file or delete them permanently.

Facebook's syncing feature was launched in 2012 to make it easier for users to upload photos to the website. Photos were uploaded into a separate folder that wouldn't be public so that users can choose to share them at a future time, or not at all. This is being phased out though in favour of Moments.

Facebook's Moments app can scan your photos for familiar faces and group them by date and location, allowing users to share photos from a point in time among friends. The app can "suggest" moments to you based on photos from your storage, or you can add them manually. According to its help section, Moments can read your camera roll to look at photos, but doesn't automatically store or backup photos.

This isn't a bad idea if you want to make an album using multiple sources, but it's another example of Facebook forcing users to use new apps, which can rub some the wrong way.

Recently, Facebook announced that it would be completely shutting down chat functionality in the main app in order to push Messenger, according to Forbes. The company started forcing users to download the separate app starting in 2014 due to the increasing dependence on messaging and to streamline the message-opening process.

I'm lucky in that I only had 71 photos synced, but some users have reported that they have thousands of pictures synced to Facebook.

dang i didnt even know facebook privately synced TWELVE THOUSAND of my photos now they tryna delete them wow pic.twitter.com/Ii1fupbHQ7