Hubble Will Continue To Fly Until 2021 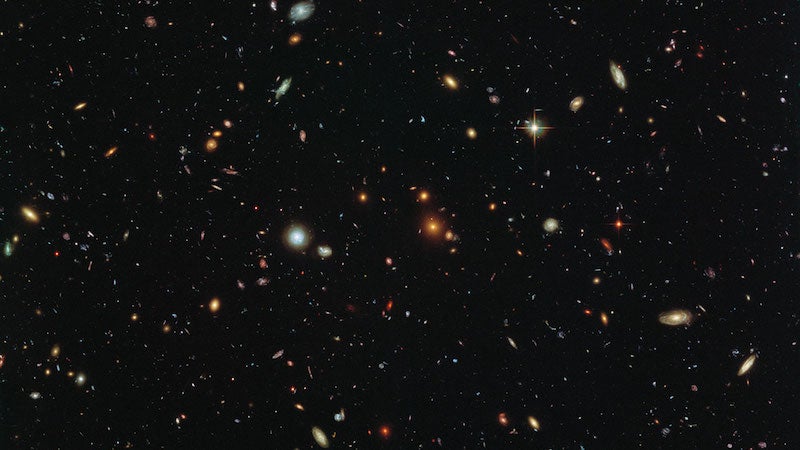 Fact: The Hubble Telescope is a better photographer than you or I will ever be. Now, it's going to keep right on showing us all up... at least for the next five years. Deep field image from Hubble (Image: NASA, ESA and the HST Frontier Fields team (STScI)

NASA just added three years onto Hubble's contract. The move will fund the telescope's flight until 30 June 2021, at an additional cost of a measly $US4 billion ($5.3 billion). The add-on brings the total project cost to $US200 billion ($267.4 billion).

The James Webb Space Telescope, which is three times Hubble's size and power, is also set to launch in 2018. This news means Hubble and Webb will both be beaming back photos for an overlapping period of at least three years, perhaps longer if Hubble gets another extension in five years — and that's great news.

Hubble's track record has been impressive, but it's only one telescope in a universe that is big and full of mysteries. There's more than enough room out there for two.