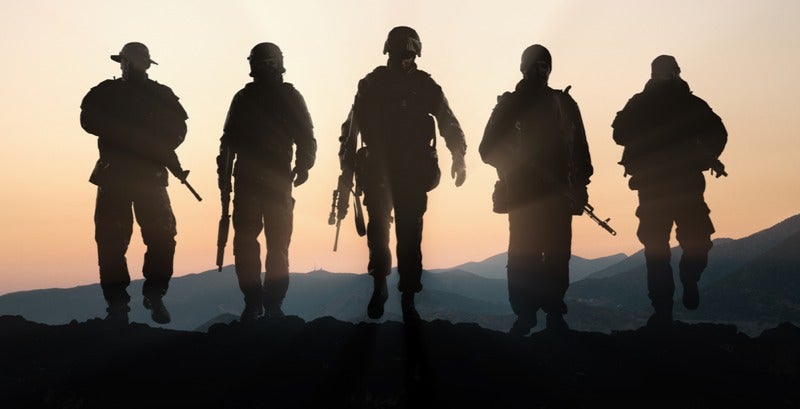 A new book by bestselling author Mary Roach is always cause for celebration. In Grunt: The Curious Science of Humans at War, she brings her keen eye for detail and sharp wit to bear on the dead-serious science of keeping soldiers intact and sane in the extreme conditions of war.

Researching the book took Roach on an incredible journey, from dodging "hostile fire" with the US Marines paintball team, to sampling caffeinated meet, sniffing stink bombs, and hanging with the crew of a nuclear submarine. Gizmodo caught up with Roach to learn more.

Gizmodo: What was the genesis of this latest book?

Mary Roach: The genesis was kind of peculiar. I was reporting a story in India on the world's hottest chilli pepper. The Indian Defence Ministry at one point made a nonlethal tear gas out of it and I thought, "I need to report on this." So I visited the science arm of the defence ministry, and they were doing all kinds of interesting things there in military science — not just guns and bombs. There is a well-funded world of research and science relating to the military, and it seemed like there would be lots of interesting things to explore, and places to go. So I kind of wandered in a bit blindly and naively, as I always do.

One thing that becomes clear from reading Grunt is that it's the little things that can make a difference on the battlefield. You chose to focus primarily on those kinds of things rather than delving into the most advanced weaponry. Why?

Roach: Spending two years studying ways to kill people and how to make more efficient bombs just seemed like a really grim place to be. Because my focus has always been the human body, I thought that approach made more sense. At the end of the day, soldiers are human forms, and when you put them in these extreme circumstances — these organs were not designed for this shit. So how do you keep the body going in those conditions, and how do you fix it when you have completely messed it up?

An example of one of those little things: most of us never stop to think about how a zipper can be a huge problem for a sniper. Velcro is too loud (snipers want to stay hidden), zippers cut into the groin and get jammed, plus it needs to be flame retardant. Yet the soldiers really want it to look cool, too. 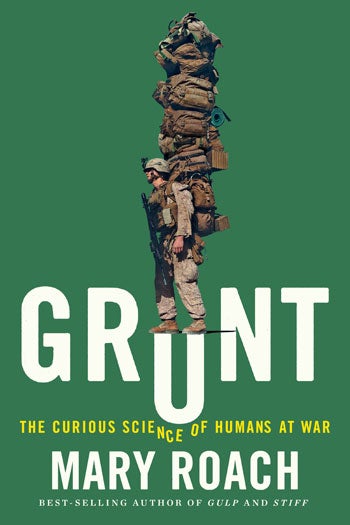 Roach: I loved that they had this beautiful, fashion-accredited woman there at the NADEC [Navy Decision Center]. I walked into her study and she said, "I love your bag." I loved that fashion is a consideration [when designing for the military]. That is part of morale, and morale can be so fragile when you are placing someone not just in combat, but difficult, hot, uncomfortable, gross environments. It matters when you have knee pads that don't hit your shin.

They were showing me how to shoot M-16s, and it sucks so bad. You are lying down and you've got your arms up, which pushes your protective body armour up into your helmet, which causes your helmet to tilt down and makes your eye protection knife into your cheek. It's a surreal juxtaposition of "I am really uncomfortable" with "I've got this weapon that makes it scarily easily to kill someone" — even me, who had never fired a gun.

Did you actually get to fire a gun when you participated in the training exercises?

Roach: I did. They were training exercises for communicating in chaos. They brought us out onto the firing range to show us that you can't hear the commands when you are shooting. I fired two magazines of ammo — far more slowly than anyone else.

It was a strange experience, because it was fun, but then I would catch myself and think, "Not fun." That little target there is a person. So it was scary fun. It's so easy because these are very sophisticated weapons. There is a sight with a little red arrow and you align the arrow on the target. Pulling the trigger is an overstatement. It's more like a twitch of the finger. To think that little tiny motion, like flicking a crumb off a table or pressing a letter on a keyboard, could take a life, is strange. But it can also feel like a game. You can see how people would get sucked into that.

My favourite detail was how you used the ammo pockets for lip balm and your tape recorder.

Roach: They are really good at pockets. The military has got pockets covered.

You also participated in simulated combat, or "amputee theatre," in a repurposed film studio. It's designed to prepare people for the horrific carnage they may see on the battlefield.

Roach: Yes, it's part of strategic operations. It's all about stress inoculation, specifically for medics, corps men, people who are delivering life-saving first aid in a highly stressful battle scenario. Not only are you seeing really upsetting things, but you are dealing with flight or fight panic, the effects of adrenaline. That can be a useful response, but if you're trying to cut an emergency airway or apply a tourniquet, flight or fight can hinder fine motor skills. The hope is that if they practice these things in a simulated stressful environment, they will be better prepared. Can you ever create the level of stress on a real battlefield? I don't know, but maybe this training gets you part way there.

For all the investment in cutting-edge technology, one of the more fascinating accounts is George Peck's quest to use maggots to fight infected wounds — a practice that dates back to the Civil War, when a medic named William Baer noticed that putting magnets in infected wounds sped up the healing process, because they eat the dead tissue.

Roach: He cared so deeply and he was so passionate about it, but he faced tremendous hurdles. It's now an FDA-approved medical device, but it was such an uphill battle, because it seems so primitive, and military science is very tech-oriented and future driven. Surgery is fast, brutal, manly, and fairly effective but there are cases of really stubborn recurring infections where maggots might actually be a good idea. Although if the maggots escape and pupate, then you've got flies buzzing around the hospital, spreading infection.

You were immersed in this world for two years. How did writing the book change your outlook on the military and the science behind it?

Roach: The most memorable part of the book for me was talking to Gavin White, who had genital reconstruction surgery. He told me that when these injuries happen, the first question a soldier asks is "Where is my buddy?" — not "Is my penis intact?" Waking up and thinking first of someone else — it is love, I guess. It is putting someone else ahead of you.

I was mostly dealing with the scientists and people behind the scenes. I didn't ask them their opinion on war, but those that volunteered the information are really not fans. When your job revolves around the aftermath of war on human bodies, I would think it is tough to be a hawk. It's interesting to me that in this world, there are very dedicated military personnel who really don't like war. Just having spent a few days in some of these simulations and talking to people — I can't even imagine how anybody does it.