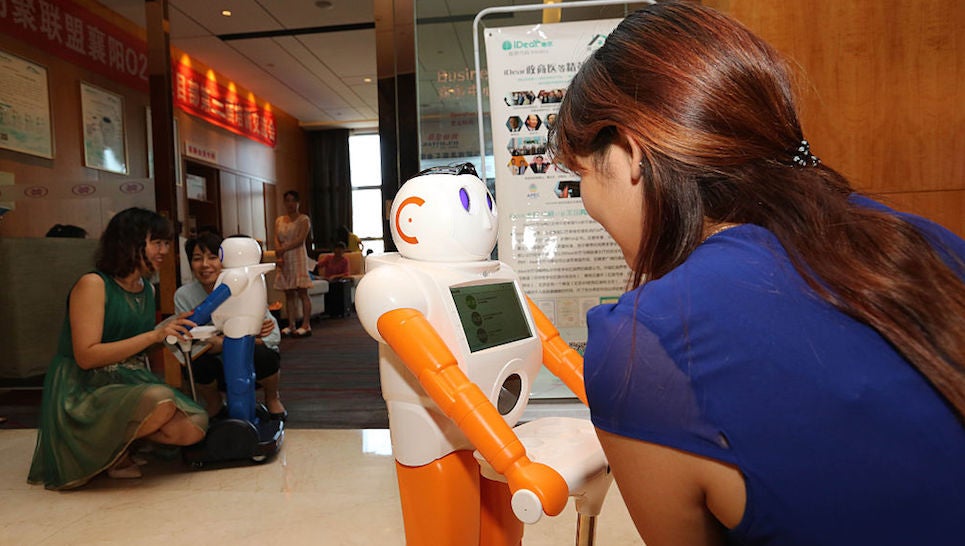 Good news, everyone: Google is looking out for us! It doesn't want a cleaning robot to knock over grandma's vase. Image: Getty

That's one of the potentially dangerous scenarios Google engineers explored in a new paper on "concrete problems in AI safety". For some strange reason, the researchers chose to illustrate these dangers using the example of a cleaning robot and not a sentient superintelligence that wants to enslave us.

In terms of elegance, they don't hold a candle to Isaac Asimov's Three Laws of Robotics, but I suppose that's to be expected when you're writing an academic paper and not a speculative science-fiction novel that doesn't actually have to obey the laws of physics.

Here are the five problems Google thinks will be important to focus on:

Maybe the cleaning-robot examples make sense given that Eric Schmidt doesn't think very highly of AI fears. (Then again, if that's the case, why is Google working on a kill switch?)

Anyway. Google, if you figure out how to quickly teach all these things, I know some parents who might want your help, and some kids who still spend all their time trying to hide their mess instead of cleaning up. I mean, kids who have not yet been programmed to avoid "reward hacking".