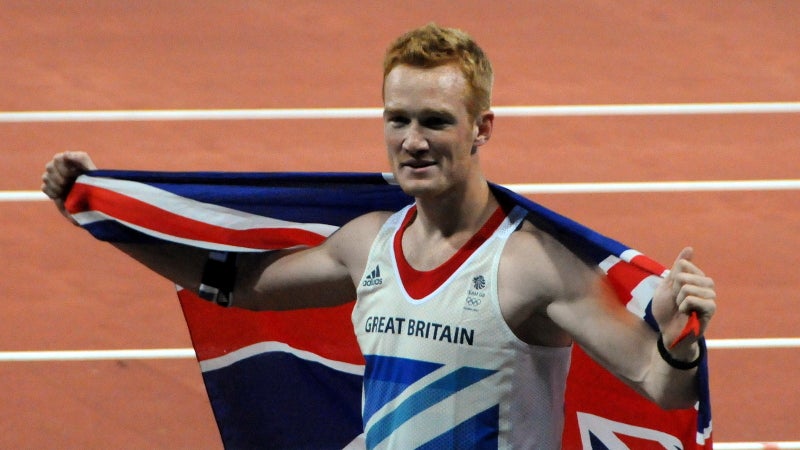 In preparation for the upcoming Olympics in Brazil, a British long jump champion is planning to freeze his sperm just in case he contracts Zika. It's meant as a precaution to prevent any future children from developing birth defects, but in reality it's a complete overreaction based on unfounded fears. Greg Rutherford after winning the long jump at the 2012 Olympics in London. (Image: Tab59)

Writing in Standard Issue Magazine, Susie Verrill, explains why she's not flying to Rio with her partner, Greg Rutherford, and why they have decided to freeze his sperm:

The Zika news has caused no end of concern if we're totally honest. We're not ones to worry unnecessarily, but after more than 100 medical experts stressed the Games should be moved to prevent the disease from spreading, this was a huge factor in us choosing to stay put.

We've also made the decision to have Greg's sperm frozen. We'd love to have more children and with research in its infancy, I wouldn't want to put myself in a situation which could have been prevented. Specialists still also don't know the ins and outs of Zika, so even though it looks as though there's no real issues should Milo get bitten, it's just another thing we don't want to chance.

What may seem like a harmless "just in case" sort of thing may actually do more harm than good. This couple is being a bit hysterical, and they're actively engaging in fear mongering (and perhaps even some cloaked self-promotion). As Verrill herself admitted, "there's no real issues", so why bother?

The Zika virus, we now know, causes birth defects, such as abnormally small heads, among other health issues. There's no question that sexually active men and their pregnant partners should take the necessary precautions. Here's what the US Centres for Disease Control has to say on the matter:

Men who have travelled to or reside in an area with active Zika virus transmission and their pregnant sex partners should consistently and correctly use condoms during sex...or abstain from sex for the duration of the pregnancy. This course is the best way to avoid even a minimal risk of sexual transmission of Zika virus, which could have adverse fetal effects when contracted during pregnancy.

In light of these recommendations, some journalists are backing out of the Olympics. Earlier this week, US Today anchor Savannah Guthrie announced that she's pregnant, so she's not going to Rio — but for the right reasons. As the CDC has noted, "Zika virus infection is of particular concern during pregnancy."

For men and women who have been diagnosed with Zika and who are actively trying to get pregnant, the CDC advises:

In other words, Zika is not a long term problem for couples who are planning on having children in the future. Moreover, nothing in these guidelines, nor in the numerous scientific studies that have followed in the wake of this epidemic, suggest that men should have their sperm frozen. There's no reason to believe there will be any lingering effects of Zika once symptoms are gone and all virus particles have been cleared from the body.

As for Greg Rutherford and Susie Verrill, they can obviously do what they want. But sadly, their high profile status may influence others to do the same — and for no good reason.