Elon Musk Just Had A Hush-Hush Meeting At The Pentagon 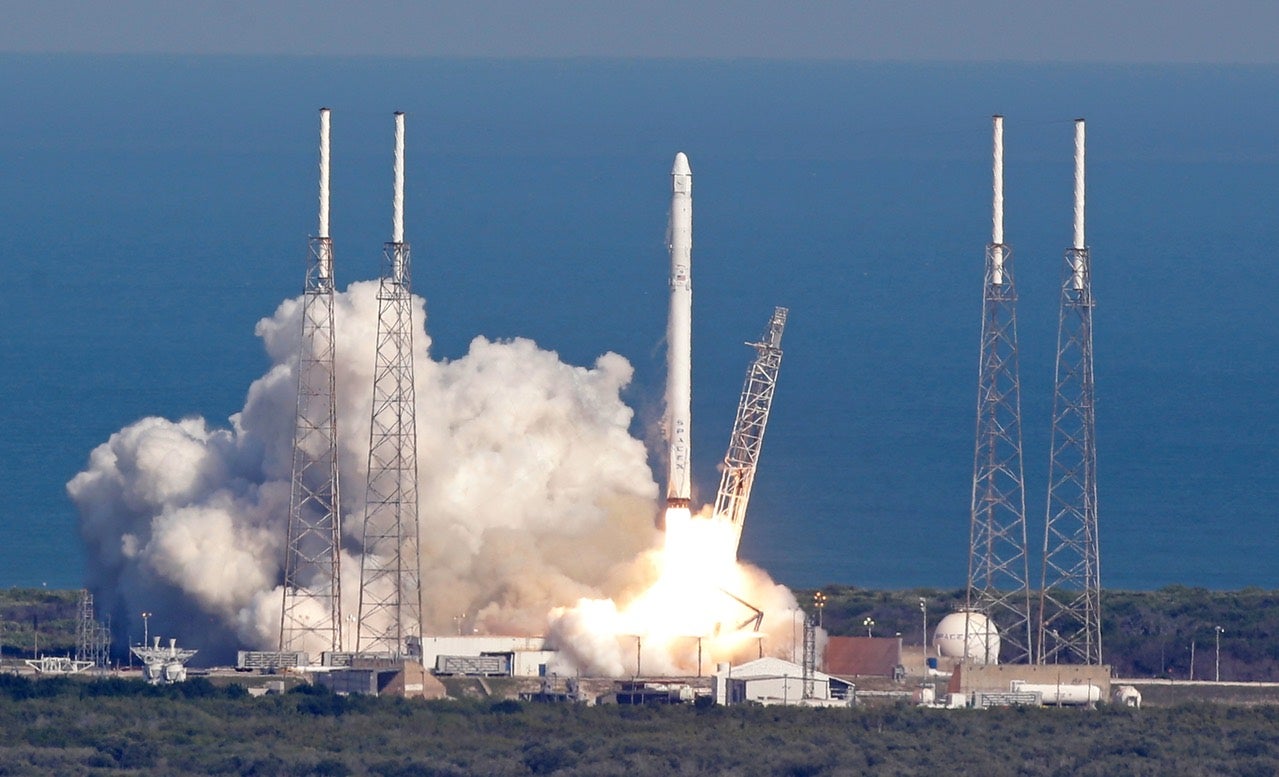 Elon Musk, the billionaire businessman who wants to literally die on Mars after he puts an electric car in every garage, just had a meeting at the Pentagon with the US Secretary of Defence. But neither Musk nor Secretary Ash Carter will disclose what they talked about. The SpaceX Falcon 9 rocket lifts off from Kennedy Space Center in Cape Canaveral on 8 April 2016. (Associated Press)

"Elon Musk is one of the most innovative minds in this country and the secretary, as you know, has been reaching out to a number of members of the technology community to get their ideas, their feedback, find out what's going on in the world of innovation," Peter Cook, the Pentagon's press secretary, said on Monday.

Today's meeting was focused on "innovation" according to a Defence Department spokesperson who spoke to CNN, but no further details were given. Musk has a financial interest in solar power and electric cars, but if I had to take a wild guess, Carter and Musk probably talked a fair bit about SpaceX, the entrepreneur's private space company. SpaceX already has an $US82 million ($109.3 million) contract with the US Air Force.

The Pentagon has been actively courting private business in Silicon Valley over the past year to establish more ties with the defence industry, even opening up an office on the West Coast under the Defence Innovation Unit Experimental (DIUx) program. But the initiative has been off to a stumbling start. They're already trying to overhaul the office in an attempt to cut through red tape and streamline contracts.

"We're taking a page straight from the Silicon Valley playbook," Carter said at Moffett Federal Airfield in Mountain View, according to a new report in Bloomberg. "We're launching DIUx 2.0."

In the past, Carter has talked about a "funding pipeline", which is really nothing new when it comes to the business of technology transfer. But it's clearly an area where the military is currently bogged down.

We often forget that Silicon Valley was built on the backs of US military budgets cranking out weapons of war and the microchips that would guide them to their destinations. But the military has arguably been worse at helping to fund dual use technology than it was during the 1990s, when we saw the US government help start the process to commercialise things like the internet and GPS.

If anyone can help the military kill more people (and maybe get us some shiny new toys in the process), I trust Elon "Iron Man in real life" Musk can do it.