Experts have been warning of a looming shortage of helium for years, as the known reserves are being depleted. Now British researchers have discovered a large reserve of helium gas in Tanzania, using a new exploration method that offers hope for the future. Image: Antoine2K/Shutterstock

It turns out that volcanic activity plays a critical role in creating new helium reserves, according to Diveena Danabalan, a graduate student at Durham University who presented the team's findings at the Goldschmidt geochemistry conference in Japan. Scientists from Durham and Oxford University collaborated with Norwegian exploration company Helium One to combine this insight with seismic imaging and geochemical sampling to identify the newly discovered reserve.

We very much need to locate new helium reserves. It's not just used in children's party balloons. Fully one-fifth of the helium consumed is used in MRIs, since the machines require superconducting magnets, which in turn need liquid helium to reach sufficiently cold temperatures to be superconducting. It's used by the semiconductor industry to grow crystals and to cool components, and to detect leaks in test containers. And helium is essential to basic scientific research, particularly in materials science, where cooling a substance down to ultra-cold temperatures freezes out lots of complicating factors, making the system much more simple to study.

Helium is among the most abundant elements in the universe, but there's precious little of it here on Earth — only around five parts per million. It's also one of the lightest elements, which means it just floats away out of Earth's atmosphere very quickly. The helium reserves we do have are mostly the result of uranium and other heavy elements undergoing radioactive decay, producing helium atoms in the process. Most just rise to the surface and float away, too, but some are trapped in the earth just like natural gas deposits. In fact, it's usually extracted via natural gas processing — at least when it's economically viable to do so. 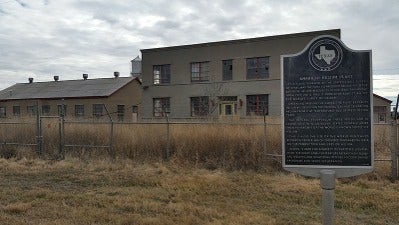 The largest store of helium — over a billion cubic metres — was located near Amarillo, Texas, ever since lawmakers approved the stockpiling back in 1925. In the 1990s, the US Congress voted to sell off those helium reserves, essentially privatising it. The result has been wildly fluctuating prices — a big problem for scientists.

We consume far more helium than we produce each year. When Robert Richardson, a Nobel-winning physicist from Cornell University, chaired a 2010 study by the National Academy of Sciences, he memorably declared that our existing reserves should run out within 25 years, and in light of that, helium balloons for parties should cost $US100 ($136) per balloon — if the cost were determined on the basis of an open market.

Some folks like to quibble that we can't ever really "run out" of helium since more is being produced all the time via the aforementioned nuclear decay. Technically it's still a renewable resource. But at some point retrieving it becomes so costly that it's just not worth it.

That's why the Oxford/Durham collaboration's findings are so significant: It demonstrates a viable exploration strategy for uncovering hidden helium reserves. Specifically, volcanic activity provides sufficiently intense heat to release helium from ancient rocks, which is then trapped in shallower gas fields. When the team joined forces with Helium One to look for just such a deposit in the volcanically rich Rift Valley in Tanzania, they found such a large reserve, it could supply more than 1.2 million MRI scanners.

"We sampled helium gas (and nitrogen) just bubbling out of the ground in the Tanzanian East African Rift Valley," Oxford University's Chris Ballentine said in a statement. "This is a game changer for the future security of society's helium needs, and similar finds in the future may not be far away."

Granted, if those trapped gases are too close to a volcano, all those volcanic gases will be mixed in with it. This dilutes the store, and separating out the helium could be an expensive, time-consuming process. Per Danabalan, "We are now working to identify the 'goldilocks zone' between the ancient crust and the modern volcanoes, where the balance between helium release and volcanic dilution is 'just right'."