Could The Akira Movie Be Moving Closer To Reality? 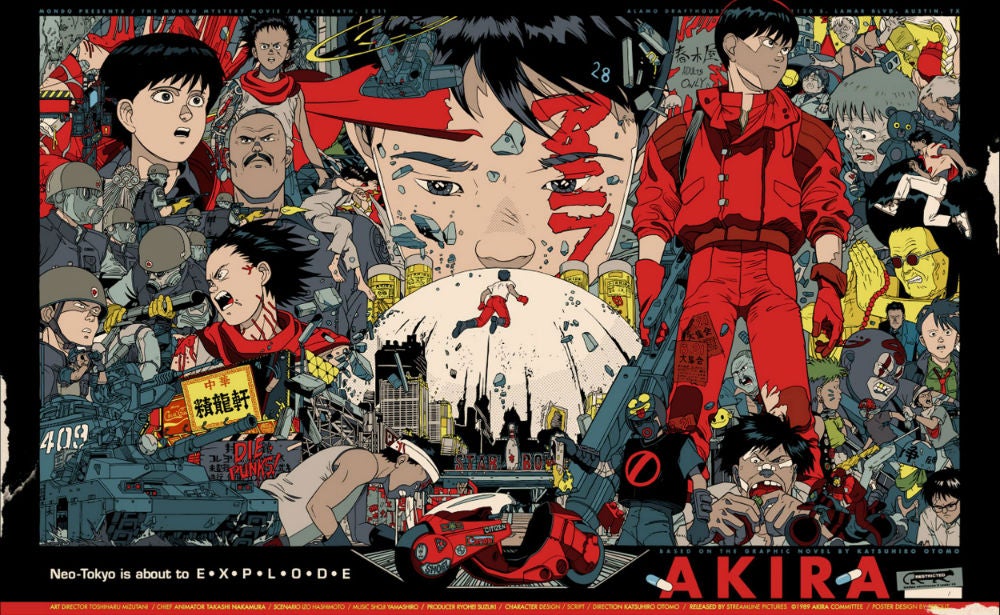 Director Jaume Collet-Serra released The Shallows this week but, before that, he was long attached to adapt Akira into a live action film. It didn't happen. "It is very difficult," he told us of the task. "It's bigger than film." Well, there may be some movement on that front after all.

On Meet the Movie Press, former Variety and Wrap reporter Jeff Sneider suggested that Warner Bros. is courting director Justin Lin to adapt the manga turned iconic animated film. Lin is one of the best, large-scale action directors out there. He's credited with breathing new life into the Fast and Furious franchise, helming four films in that series, and has Star Trek Beyond coming out in July.

We most recently heard that Lin wanted to jump into the Space Jam franchise at Warner Bros., with star Lebron James. Well, Sneider suggested the studio could use that film as a bargaining chip to get Lin to do Akira. (As in, "Make Akira and we'll let you do Space Jam 2.") To me, Space Jam seems more commercial than Akira but hey, I'm not a studio head.

At this stage, this is just a rumour. And even if it's not, there's no guarantee Lin will take the bait. The biggest take away here is Warner Bros. still really wants to bring Akira back to the big screen. I'm sure we'll learn more as Lin comes out to talk about Star Trek but, he'd certainly be a great choice for the film. We'll be keeping an eye on this.

[Meet the Movie Press via Screenrant]