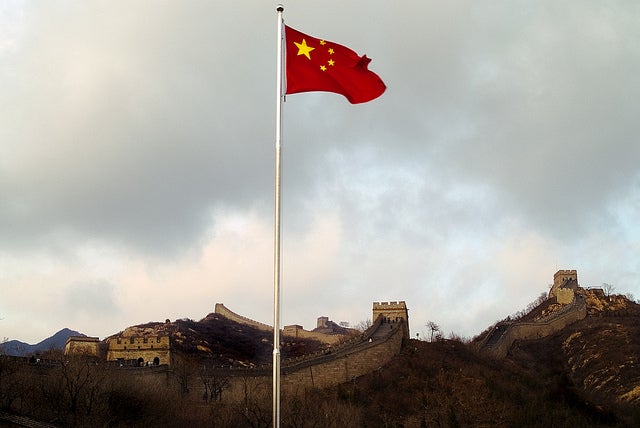 Six years on, China's attempts at making everyone register with real names for mobile hasn't been too successful — so the government's trying to show that it's serious this time by cracking down with a deadline. According to the state-run China News Service, the more than 100 million people who haven't yet registered SIM cards with real names need to do so by June of 2017, or else their mobile service could be disconnected. Image: Vin Crosbie via Flickr

The idea behind the rule is that real names make it easier to find and deter criminals, but, of course, real names conveniently make censorship and surveillance easier as well. There seem to be two main problems contributing to slow progress on compliance. One: People who've had their phones since before the real-name rules were announced in 2010 never needed to provide identity information, or had much incentive to. Two: Enforcement has been lax. For a long time after the rules were announced, people only needed to provide someone's state ID into the system to get a SIM card, and leaked IDs are easy enough to find online. Now, the government's Ministry of Industry and Information Technology emphasises that everyone needs to provide valid ID when buying a SIM card, and foreigners must show their passports. (The question of how MIIT will hunt down people who continue to use their old phones seems to be up in the air.)

China used to rely on its big telecom companies to enforce the rules, but in recent years has turned up the pressure by relying on tech companies and requiring popular internet sites and apps to restrict access otherwise.

Four years ago, microblogging site Sina Weibo started requiring a mobile number or ID card to post — a change that some have blamed for the site's flagging popularity. With messaging app WeChat quickly taking over the mainland, the government has now stated that all messaging apps, too, require real-name registration. Most recently, the government has required that users of wallet apps like WeChat Pay and Alibaba's Alipay link their accounts to an ID by July 1 or have access to their funds limited. Still, even with these new efforts, real-name registration is a time-consuming expensive process, especially in a country with as many internet users as China.