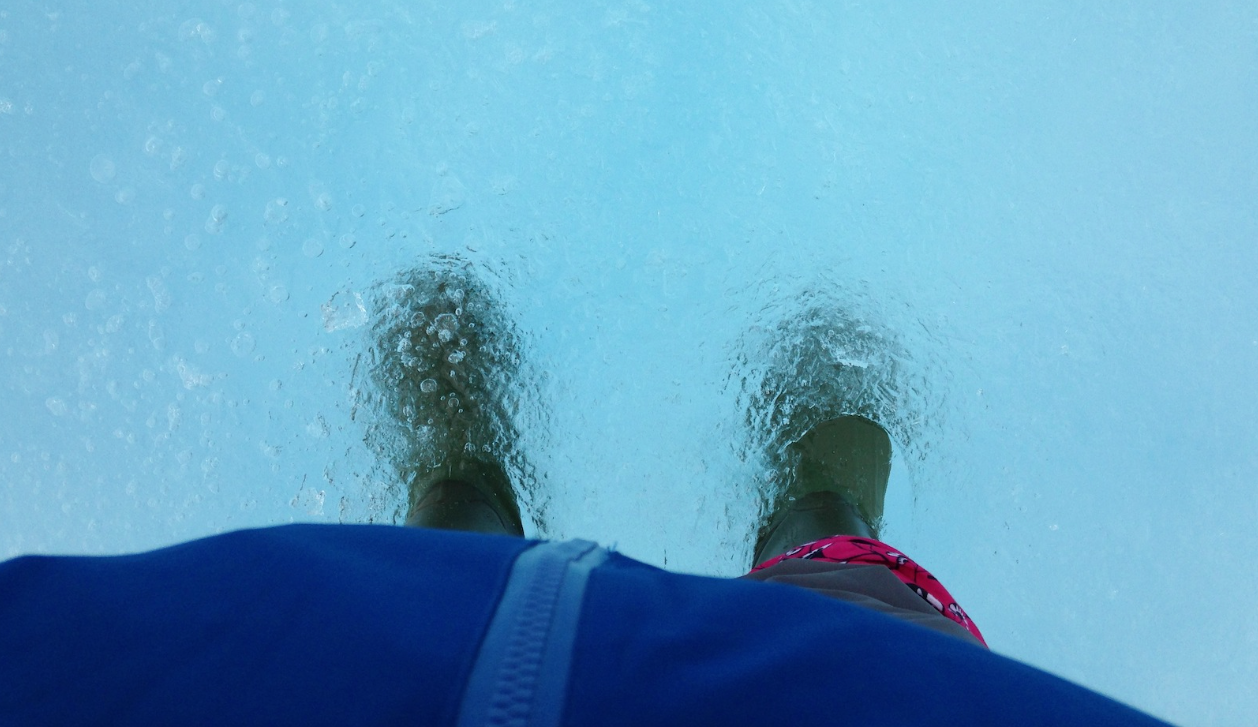 It's been a hot year in the Arctic, with sea ice melting earlier and faster than ever before. New data shows that May saw its lowest-ever sea ice extent, by a significant margin. Which means it's very likely that by the height of summer, Arctic sea ice will be at its lowest levels ever recorded. NASA researcher Walt Meier stands in a melt pond on the sea ice off Barrow, Alaska. (Image: W. Meier, NASA)

Climate Central reports on National Snow and Ice Data Center data released today that tracks the Arctic Sea's "ice extent", meaning the area of the ocean that is covered in at least 15 per cent sea ice. Not only is May's sea ice extent way, way lower than it should be, it's also the fourth-lowest recorded level in history. The record low that's this summer's number to beat was set in June of 2012. 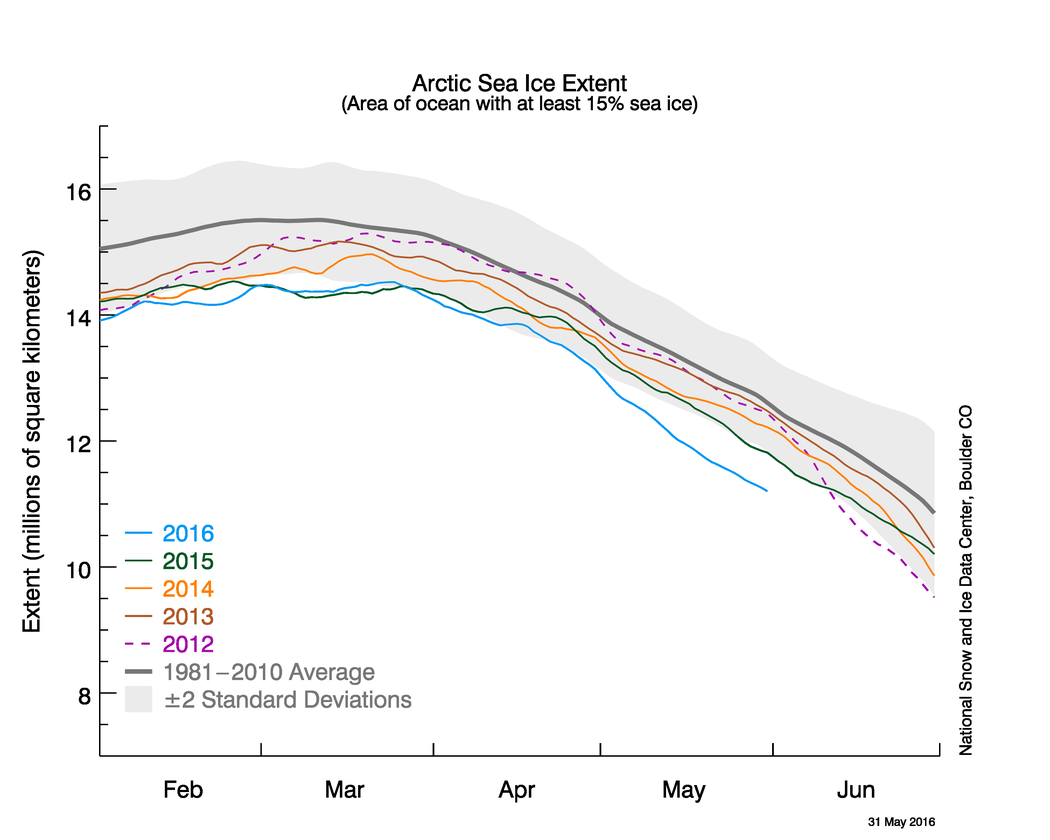 If that chart isn't terrifying enough, it's also easy to see just how bad things are in this NASA image of the Beaufort Sea, near the North Pole. 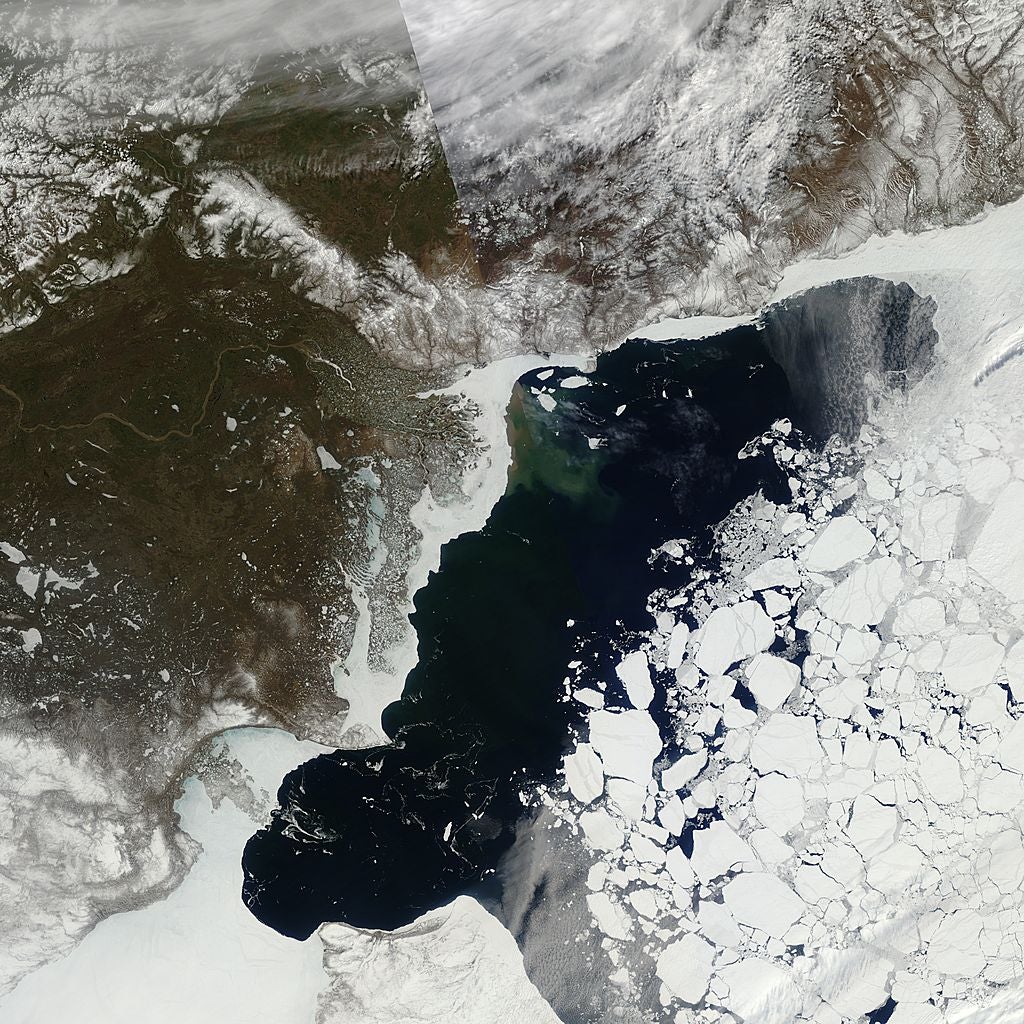 Not only can you see much more open water than you should this time of year, you can also see another trend that's worrying researchers. That opaque white ice is "multiyear ice", which is like a sea-ice glacier that doesn't melt over the summer and helps keep local ocean temps low. The problem is that more multiyear ice is breaking up and melting, meaning more of next season's ice will be "first-year ice", melting too quickly to help keep the ocean cool.

El Niño might have fuelled certain wacky weather trends like a heat wave in December that brought above-freezing temperatures to the North Pole, but the evidence is now fairly obvious: The region is warming at twice the rate of the rest of the planet — which is already the warmest it's ever been. The Arctic is now truly on thin ice. 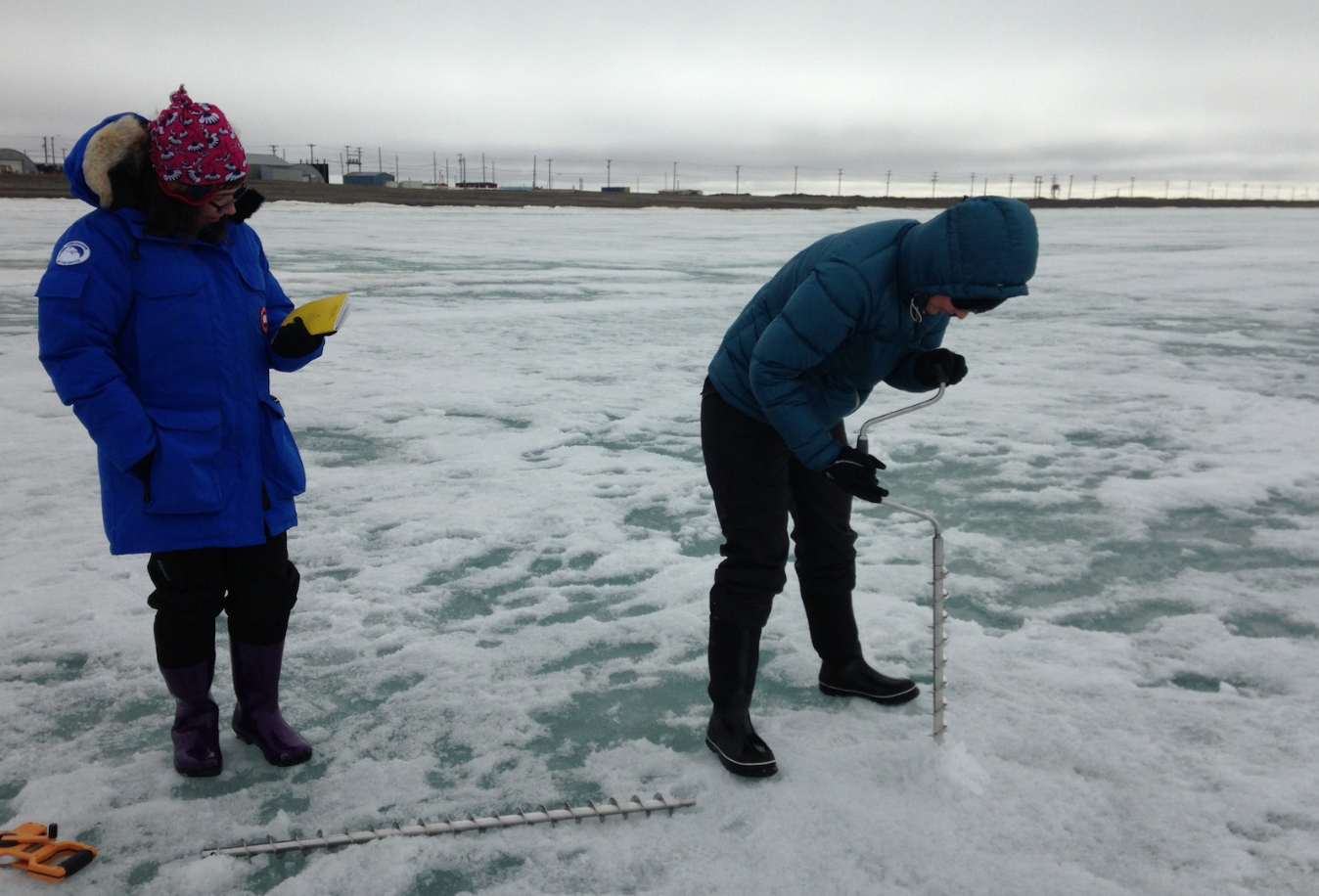 Researchers use an auger to drill into the sea ice off Barrow, Alaska. After drilling a hole, they use a tape measure to record ice thickness. Image: W. Meier, NASA