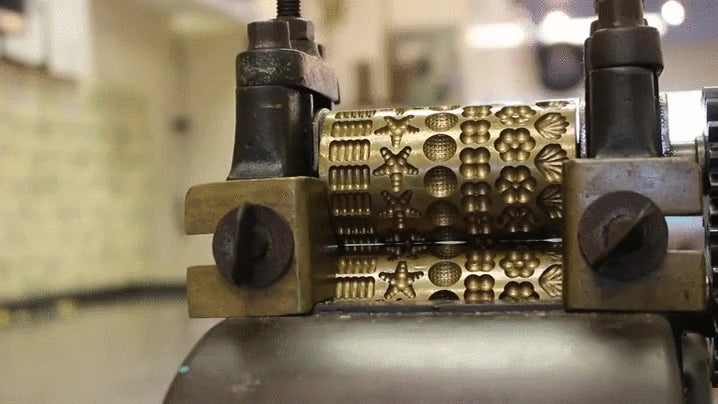 Never has a combination of gears and cranks looked so sweet. On its YouTube channel, Lofty Pursuits, a confectionery and ice cream shop in the US, makes lollies the old-fashioned way: using Victorian-era machines, including brass rollers.

In one video, viewers can see how it makes drop confectionery using equipment from the late 1800s, which the store said it restored after decades of neglect.

Here's a quick rundown of how the drops are shaped. The hot sugar is cooled for a bit on a table and folded so that it becomes an even temperature. Then, it's transferred to a hot table that keeps it from cooling too fast. 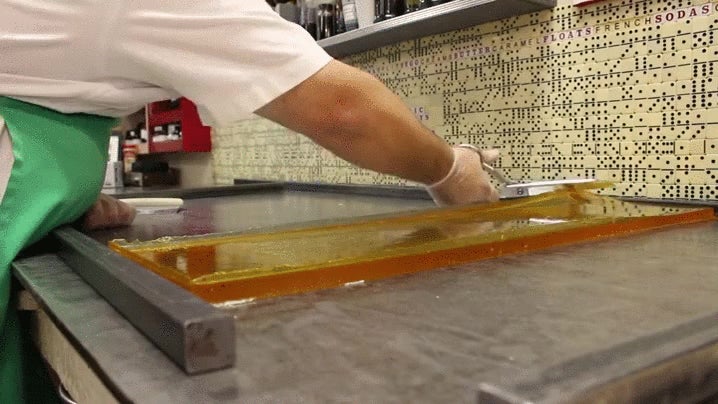 The sugar is then cut into manageable blocks and fed into the drop roller, which has pre-cut shapes.

It comes out of the press shaped and cooled. 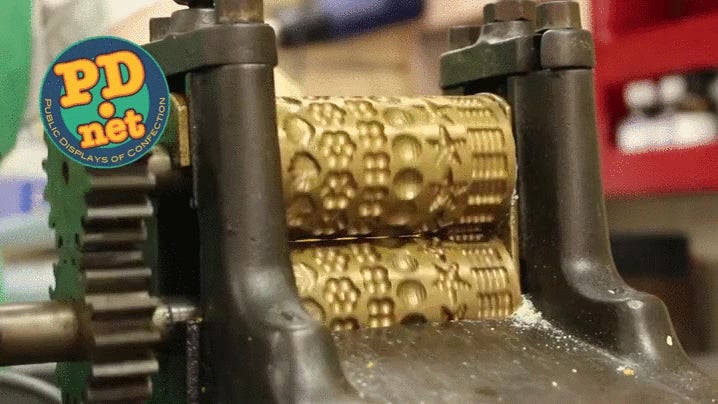 This is where the "drop" in the confectionery name comes from. During the process, in order to get them into a certain shape, the sheets are literally dropped onto a table and shatter. 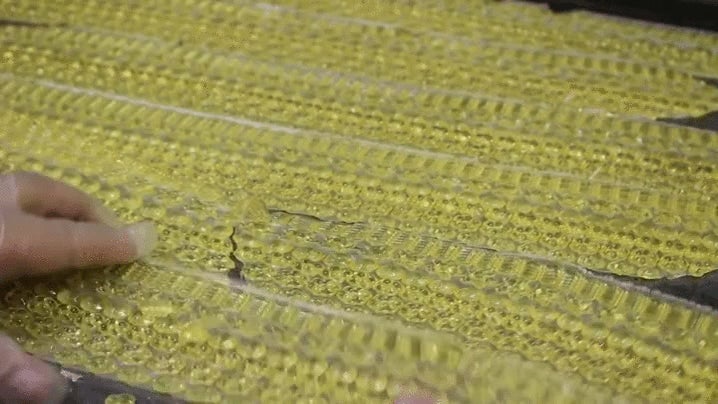 Lofty Pursuits owns approximately 100 pairs of rollers that they use on a regular basis, with each weighing around 5kg a pair.

According to the video, these kinds of machines and parts are very rare, due to dropping popularity right before World War II. During the war, there was high demand for scrap metal, which contributed to a lot of them disappearing.

Lofty Pursuits makes all its hard lollies by hand and offers restoration services for anyone with an antique confectionery machine.