The Best Way To Recover From A Break-Up, According To Science 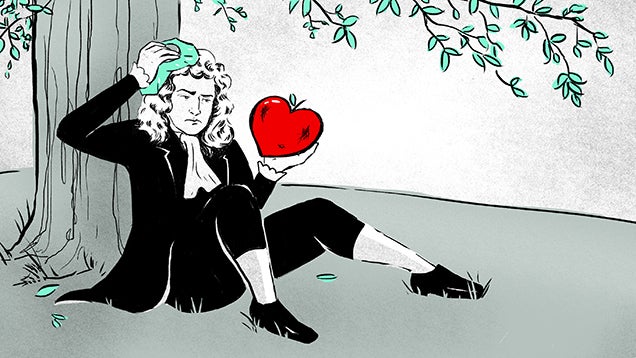 A break-up can feel like the end of the world. And almost everybody goes through these jarring transitions at some point in their romantic lives, experiencing unbearable loss, confusion and despair. Luckily, a growing number of evidence-based strategies can help you cope. We talked to the experts to find out more. Illustration by Tara Jacoby

The truth is, our individual reactions to the end of a romantic relationship vary. They're often shaped by such factors as age, gender, level of emotional involvement and even our attachment style. 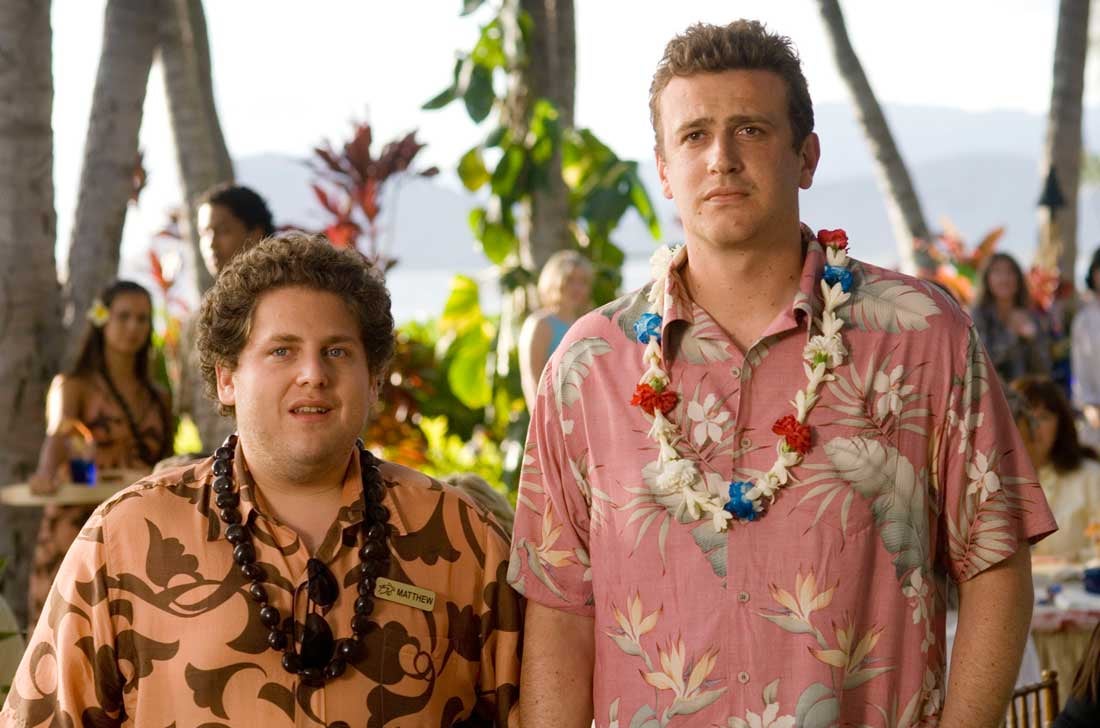 "There's a wide range of responses to breaking up and it depends a lot on the individual, the circumstances, and how we interpret the breakup," says Idaho State University psychologist Xiaomeng Xu. "For example, if the relationship had been abusive and you realise that you are now better off, you might feel fairly positive about the breakup. On the other hand if you were extremely happy in the relationship and the breakup came as a surprise, you're probably going to feel very negatively about what happened."

Post-break-up anxiety has also been linked to other negative feelings and behaviours, including the ongoing preoccupation with a former partner, extreme physical and emotional distress, unrealistic and exaggerated efforts to get back together, partner-related sexual motivations ("revenge sex" for example), angry and vengeful behaviour and dysfunctional coping strategies.

Monmouth University psychologist Dr Gary Lewandowski tells us that people tend to experience a wide range of emotions following a break-up — including sadness, loneliness, anger, distress and confusion. At the same time, however, he says these feelings can be accompanied by positive emotions as well, such as relief, freedom, optimism and empowerment. Lewandowski, the professor/chair at Monmouth, is the co-founder of www.ScienceOfRelationships.com, a website that seeks to further our understanding and appreciation of relationships using research-based evidence.

Dr Erica B. Slotter from the Department of Psychology at Villanova University agrees that break-ups can stir a complex mix of emotions, some good, some bad.

"We know that the loss of a romantic relationship is typically quite distressing for individuals," she told us, "although most individuals do exhibit considerable resilience wherein they recover over time."

Not surprisingly, people who are dumped generally feel more distressed than the person who instigated the break-up. But as Slotter pointed out to me, it's still quite upsetting for the person who made the decision. In fact, psychologists don't tend to find too many differences in "identity disruption" (that is, the feeling of "who am I without you" after a break-up), depending on who initiated the end of the relationship.

And dealing with that feeling of "who am I without you" is the first step of getting over a breakup.

Recognise That You've Lost a Piece of Yourself

Break-ups are known to dramatically shatter and change a person's self-concept. As couples get closer over time, an individual's sense of self often becomes increasingly intertwined with that of the other's. 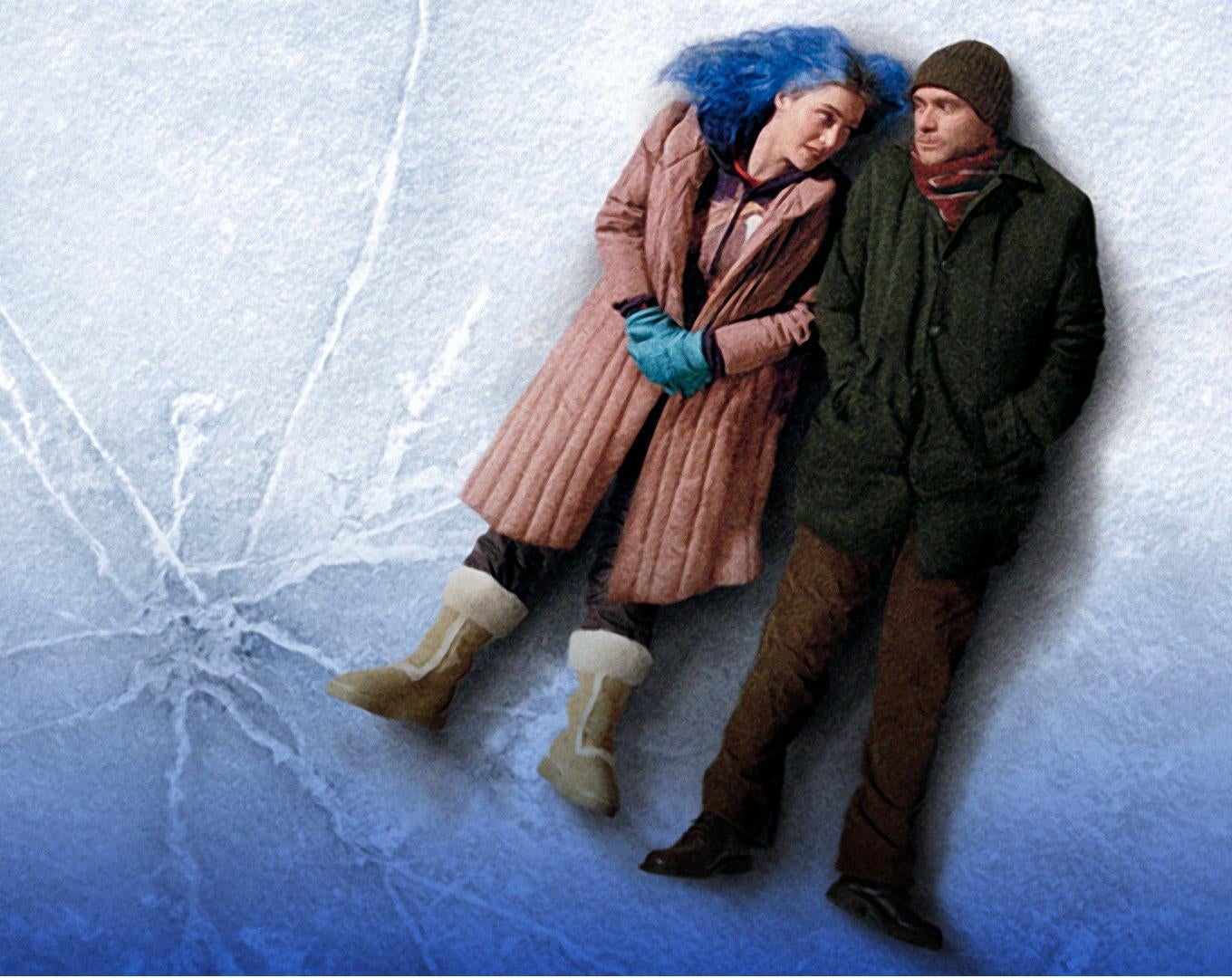 And in fact, scientists have shown that long-term relationships result in interconnected memories where couples become part of an interpersonal cognitive system — and each person depends on the other, to fill in certain memory gaps. So the end of a relationship can be traumatic on a number of levels. For many people, it feels like losing a limb.

Slotter says relationship dissolution — the preferred term used by psychologists — can alter our self-concepts in a number of ways.

"First, we change," she says. "When we're in romantic relationships, our identity changes in a host of different ways. After a relationship ends, the same thing is true."

Along with her colleagues, Slotter has shown that people often attribute the end of a relationship to such changes as their appearance, hobbies and even goals and values.

"There's also work showing that if a relationship helped to expand our sense of self — meaning that we gained new characteristics/attributes through our relationship with our partner — that our self-concept actually shrinks after a breakup," she says.

That being said, if we feel the relationship didn't help us expand our self-concept while it was happening, we can actually experience feelings of self-growth or rediscovery of who we are after a relationship ends.

Self-concept clarity is that subjective sense we have in knowing who we are, and the belief that our identity is cohesive and consistent.

"After the end of a relationship, there's a decrease in this — we essentially are less sure of who we are in the absence of our ex-partner," she says. "Importantly, reduced self-concept clarity after relationship dissolution is predictive of the amount of emotional distress we experience in the wake of the breakup or divorce and increases in self-concept clarity post-dissolution are related to emotional recovery."

I asked Dr Slotter how we can use this knowledge to rebuild our identities after a break-up.

"This is actually an open question from an empirical standpoint," she replied. "Social psychologists are just starting to ask this question. Presumably the self does recover after the end of a relationship, but we're not sure what that trajectory looks like yet, or all of the factors that might alter it. The work on self-growth and self-expansion suggests that actively trying to rediscover what makes you happy and what can define you as an individual without your ex-partner might help."

Focus on the Positive

Another way to restructure the self after is to purposefully focus on the positive aspects of the break-up. Such is the finding of Gary Lewandowski. 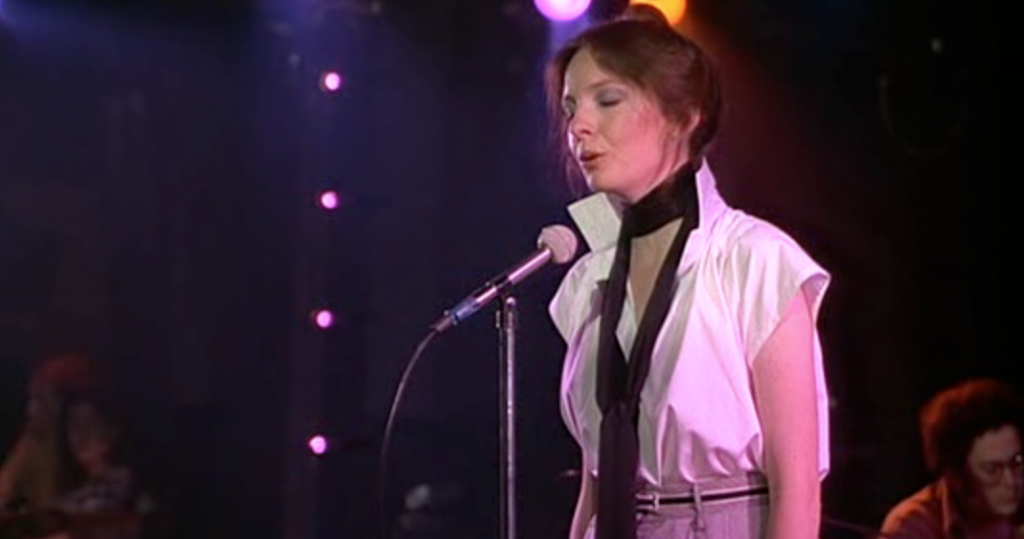 "In our study, we asked people to let go and write about their deepest thoughts and positive feelings about the relationship that ended," he tells us. "The important thing was that they dug down into their deepest positive emotions in order to explore them in their writing.'"

Lewandowski says that people should focus on three time frames for the writing or speaking task:

He says that writing about the break-up is an effective coping strategy for a few reasons: It's relatively quick and easy to do, it's inexpensive and it's accessible (anyone can do it anywhere).

"Psychologically, we know that writing about events helps people understand the event more clearly," he says. "In the case of break-up, these writing prompts force people to think about break-up in a way that most people don't. Rather than the more typical experience of wallowing in sadness and ruminating on the negative aspects, these prompts encourage people to focus the good things (and there are always some)."

Deal With The Withdrawal Symptoms

Research has also shown that falling in love activates many of the same brain regions as other pleasurable activities. Dating someone for an extended period of time soon begins to resemble an addiction to a drug. Reward pathways that are responsible for cocaine addiction, or food cravings, become active when people who have recently gone through a breakup view photos of their exes, as shown by fMRI scans. 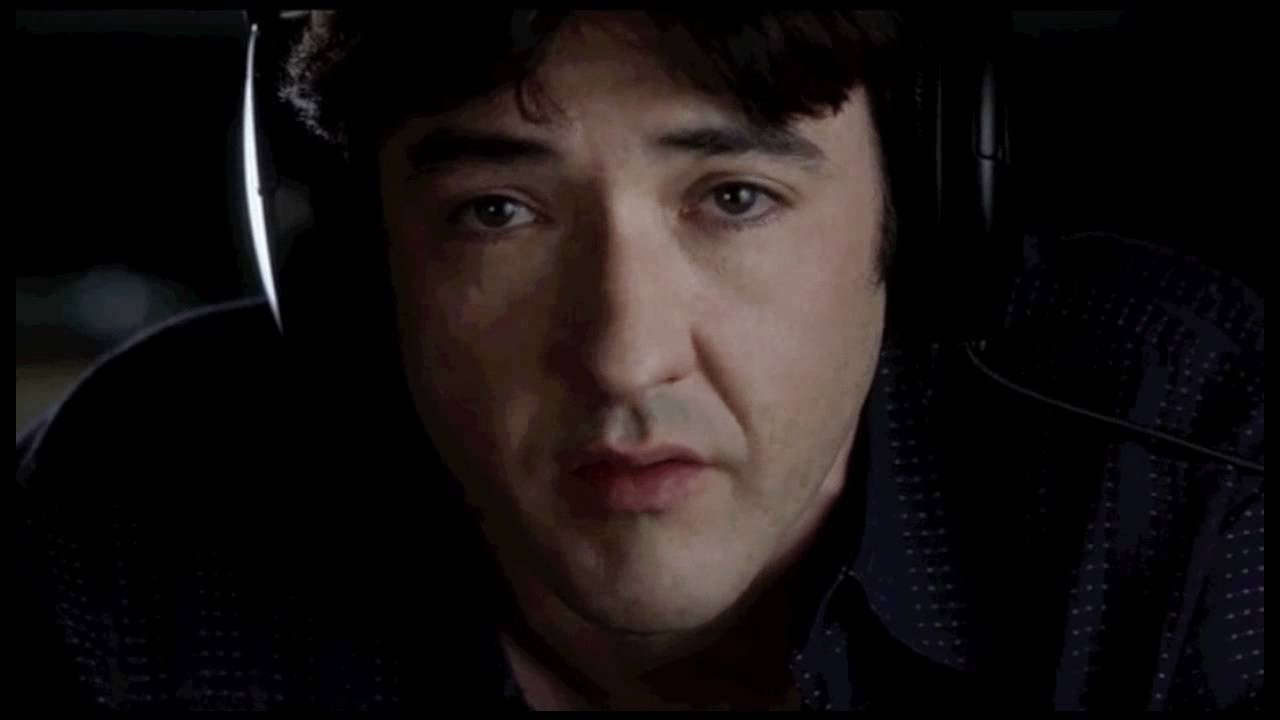 As anthropologist and neuroscientist Helen Fisher pointed out in a 2010 study: "Compared with data from happily-in-love individuals, the regional VTA activation suggests that mesolimbic reward/survival systems are involved in romantic passion regardless of whether one is happily or unhappily in love." The VTA, or ventral tegmental area, is known for producing dopamine upon receipt of some kind of reward.

Consequently, this process resembles the lack of pleasure that addicts feel after taking one more dose of cocaine or alcohol; though the reward system provides pleasure at first, over time, activating that reward system merely provides relief from distress, or a return to a baseline or neutral feeling. In other words, love resembles a drug.

Unfortunately, this approach could lead to a lack of self-accountability and abuse. Ki Mae Heussner from ABC News reports:

"As soon as there's a label, that's a big reason people feel better, they blame themselves less," said Dr. Judy Kuriansky, a New York psychologist and author of "The Complete Idiots Guide to Dating." "As soon as you can say this is a chemical reaction in the brain, then they're less likely to stay in bed longer, to berate themselves, to put the cover over ... because there is an explanation."

Still, she said, there are also potential downsides.

Kuriansky worries that the identification of a physical cause might mean that people will seek physical answers in the form of drugs or pills.

In my opinion, however, we can only take the "love is a drug" analogy so far. Most addiction experts would agree that some habitual behaviours only become a true addiction when they begin to have a detrimental impact on a person's life. Where this information becomes handy, however, is the knowledge that time does heal. And indeed, as Fisher's study points out, as more time passes, activity in the parts of the brain associated with attachment and addiction decreases.

After a break-up we're often told to avoid a new relationship until some time has passed. Indeed, it's a commonly held belief that jumping into a new relationship before the emotions about a former relationship have been resolved is a bad idea. But as Dr Slotter told me, there hasn't been very much research done to explore the consequences of the so-called rebound relationship. 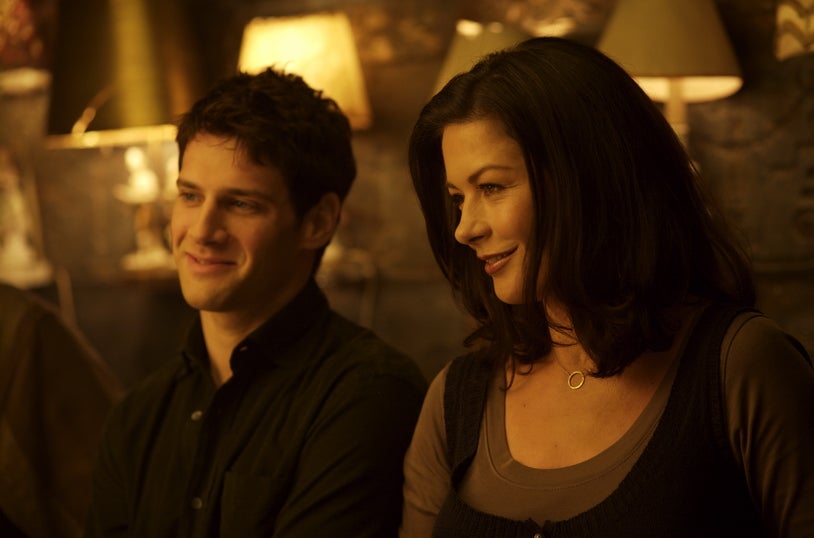 "Recent studies have shown that the time taken between relationships does not predict how long the second of the two relationships (the rebound) lasts," says Slotter, "and there's some work showing that getting involved sooner rather than later predicts individuals feeling more confident in their desirability as partners, higher levels of well-being, and having fewer feelings for their ex."

In terms of what not to do after a break-up, Dr Xiaomeng says we shouldn't disregard our mental and physical health. We should avoid risky behaviours such as binge drinking, abusing drugs, having unprotected "revenge" sex and so on. Also, we should try to avoid obsessing about our former partners and not stalk them in person or online. And in fact, studies have shown that it's probably not a good idea to stay Facebook friends with your ex-partner.

Lastly, don't threaten or hurt them, either physically or psychologically.

In summary, here are 14 practical tips to help you recover from a break-up:

Thanks to Dr Xiaomeng Xu, Dr Gary Lewandowski and Dr Erica Slotter for helping me with this article. Additional reporting by Levi Gadye.