Star Wars Has Its Own Official Show On YouTube, And It's Surprisingly Fun 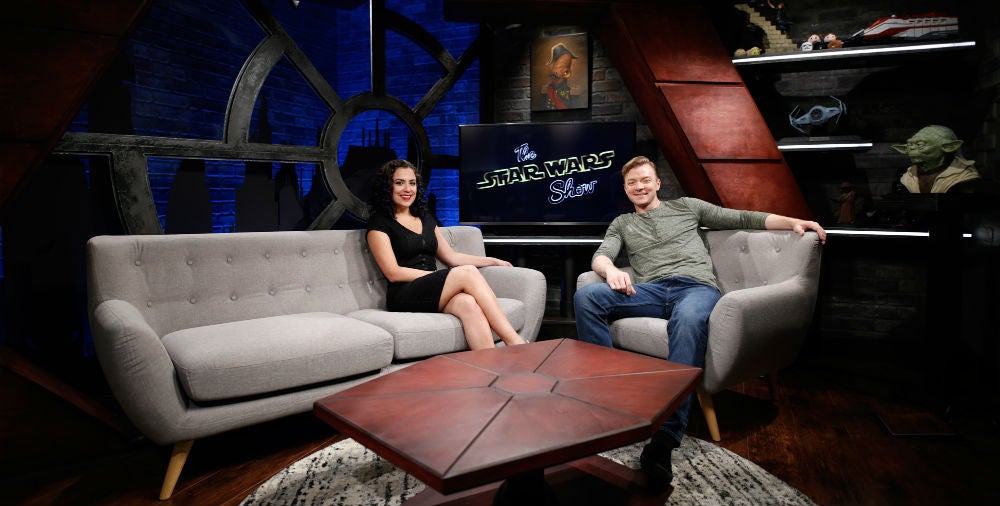 Shows debut and disappear on YouTube every day, but there's a new series you probably want to check out, and not just because it's about a galaxy far, far away. The Star Wars Show premiered today, and not only is it fun and funny, it's clearly going to be a significant source of Star Wars information.

Lead Image: Star Wars Show hosts Andi Gutierrez and Peter Townley on the set of the new show, inside the Lucasfilm offices. Lucasfilm

Every Wednesday at noon, a new episode will go online that will recap the week's Star Wars news, break exclusive news, have interviews and more. The first episode not only first reported that Gareth Edwards and Kathleen Kennedy will open Star Wars Celebration Europe with a Rogue One panel, but also premiered some never-before-seen footage from Maz Kanata's castle and more. Check it out.

I mean, I'm going to watch this show for the awesome zoom though the Lucasfilm offices, Rey's Theme remix and prequel jokes alone.

You'll find new episodes of The Star Wars Show on the official Youtube, linked below.