Olympus's First Action Cam Has A Boatload Of Crazy Sensors 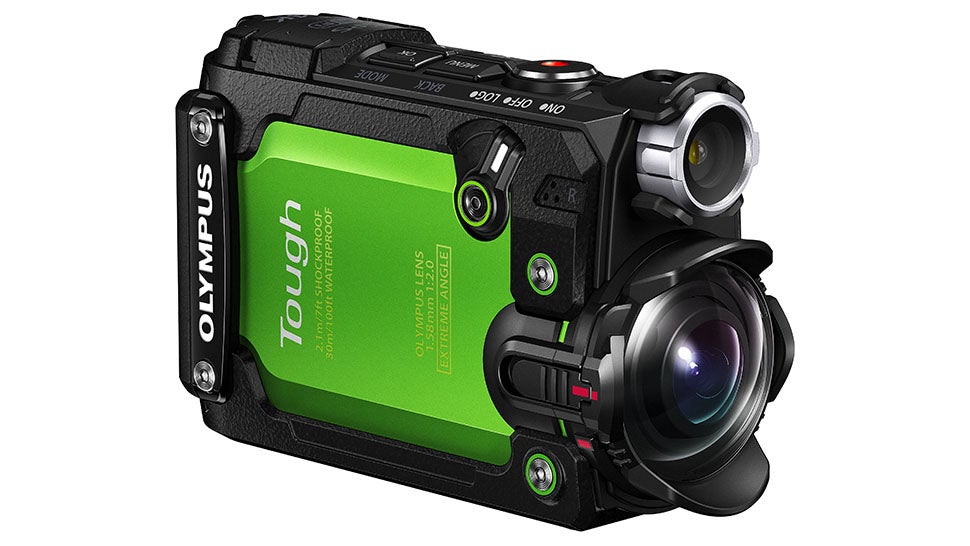 The Olympus Stylus Tough TG-Tracker — terrible name aside — looks like it's built to have rocks thrown at it. Something about the renderings the company just released scream "play with me." Yet despite a solid reputation for rugged point-and-shoot cameras, Olympus has never played in the action camera sandbox GoPro built before. All images: Olympus

The rugged little camera is purportedly capable of handling immersion in 30m of water, temperatures as cold as -10C, and the crushing weight of at least two eight-year-old boys (100kg). And that's all without any kind of special housing. 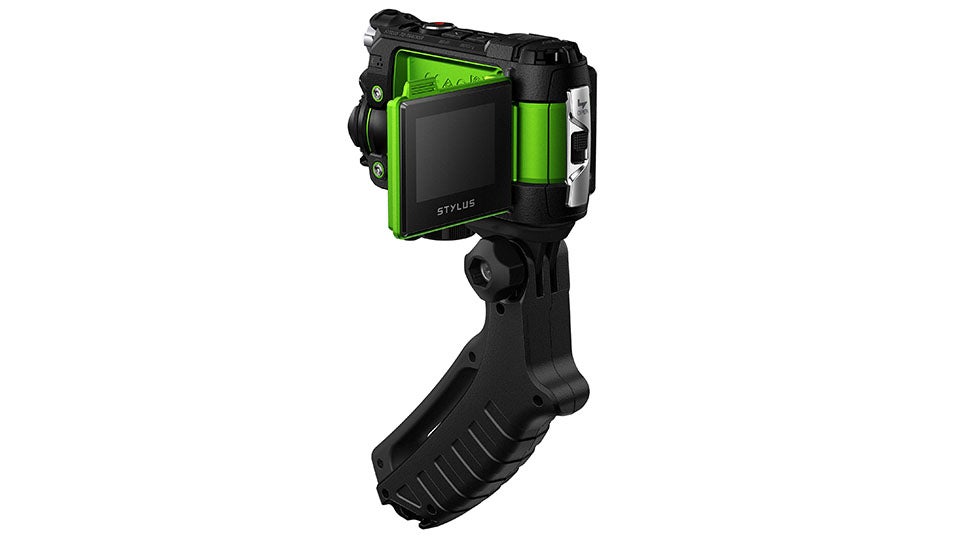 A dorky handle attachment is included with purchase. So you can make like it's 2005 and camcorder the hell out of stuff.

Unlike the GoPro and other action cameras, the rugged housing is built onto the body. It should make it durable, but it also contributes to the Stylus Tough TG-Tracker extreme weight. The spec sheet says it comes in at a hefty 180g. The GoPro Silver, the most popular action camera available, is just 145g.

But that extra weight pays off in the form of a fold out display for monitoring what you're shooting, and a whole slew of neat sensors, including a GPS radio, thermometer, barometer and even a manometer (depth sensor). So you won't just be recording the sweet action in 4K at 30 frames per second, but all kinds of extra data, too.

The Olympus Stylus Tough TG-Tracker will retail for $499 in Australia and $579 in New Zealand, and will be available in June. Which is when we'll be checking it out to see if it deserves a spot on our list of Best Action Cameras for Every Need. If it makes it on the list it should be one of the very few that actually allows you to monitor what you're shooting sans smartphone. 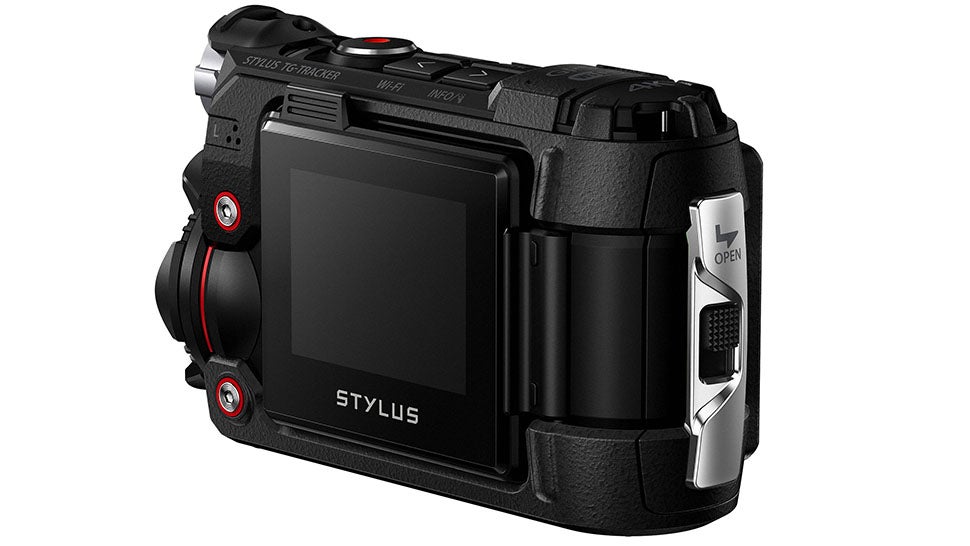 The Olympus Stylus TOUGH TG-Tracker will be available in two colours. The green above, and this more demure black and red affair.