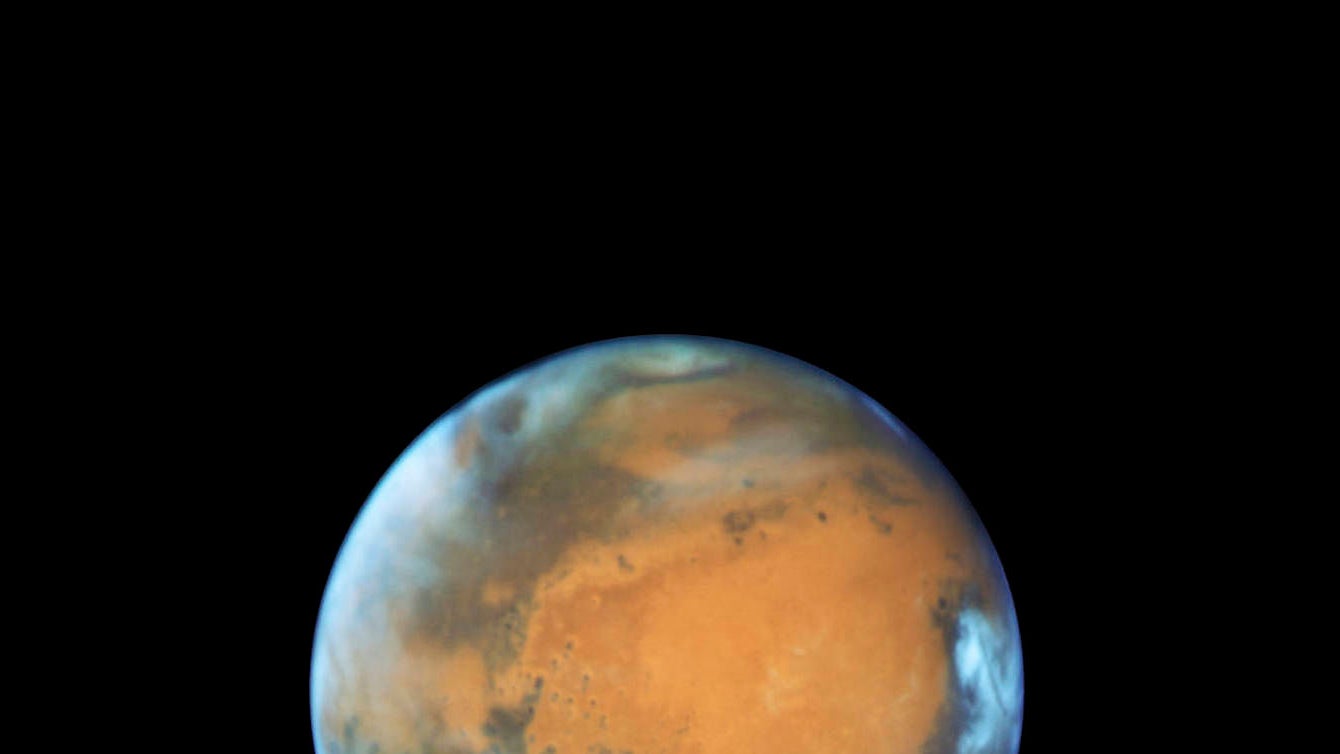 Mars is nearing its closest approach to us in a decade, so Hubble took that opportunity to capture a brand new up-close look at the red planet. And in the process, it captured some intriguing changes. Image: NASA, ESA, the Hubble Heritage Team (STScI/AURA), J. Bell (ASU) and M. Wolff (Space Science Institute)

The planetary portrait reveals the Martian surface so closely that researchers were able to make out details just 32km across. They diagrammed out the largest features they observed here: 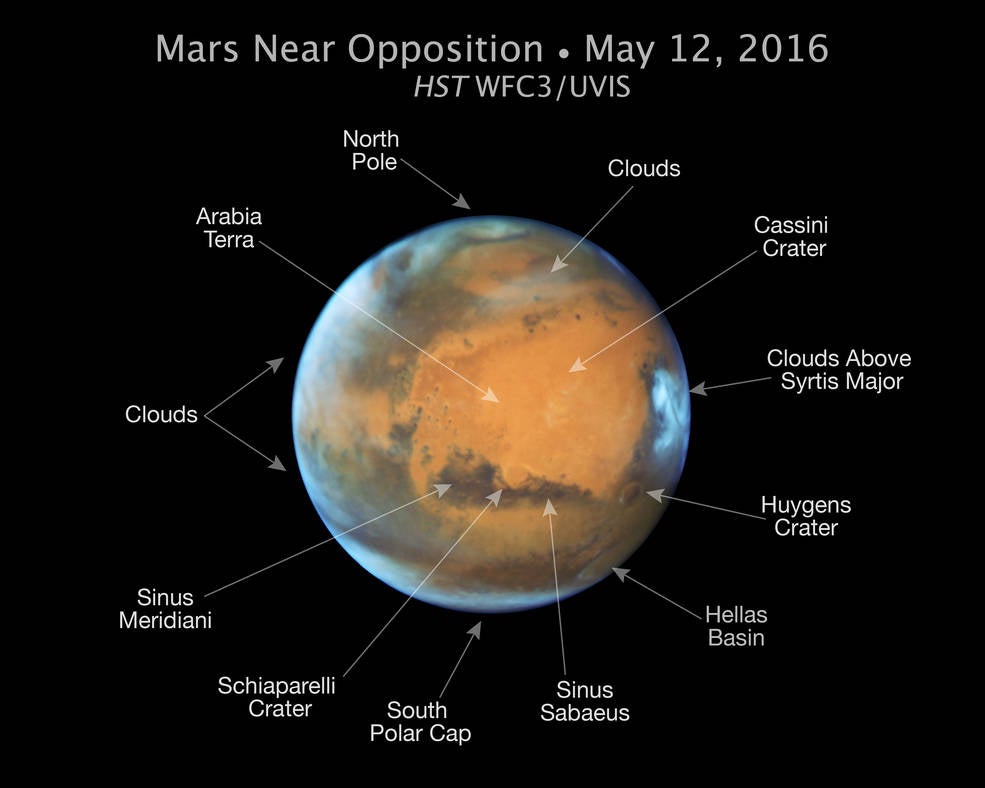 Among those features are larger, geological ones, like some of the more significant craters and plains. But Hubble also caught some non-geological features in flux. Particularly notable were changes in the observed ice on Mars' surface and large forming cloud banks, like that big blue glow drifting over the right middle section of the plant.

The changes are significant, but researchers have already figured out what's responsible. What we're catching here is a detailed look at how the changing of the seasons looks on Mars. We knew that Mars had seasons. In fact, knowing about those seasons was key to the recent discovery water's existence on the planet. This latest finding, however, reveals just how strong and powerful that changing of the seasons is for the planet.

Of particular note is a rapid retreat of the planet's polar ice cap in its northern hemisphere, due to the Martian summer. It's only a temporary measure, though and should be back in force by this winter. 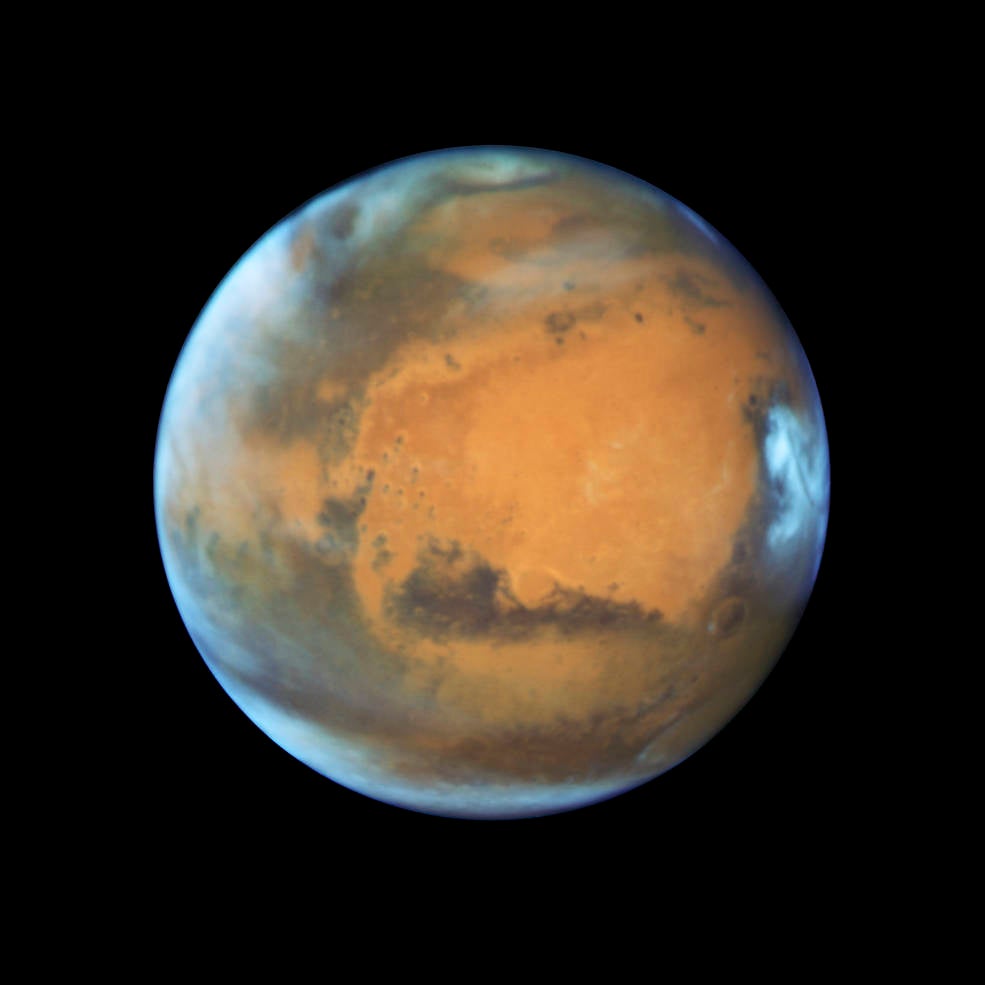