Look At The World's Biggest Sponge, Which Is Over 3 Metres Long 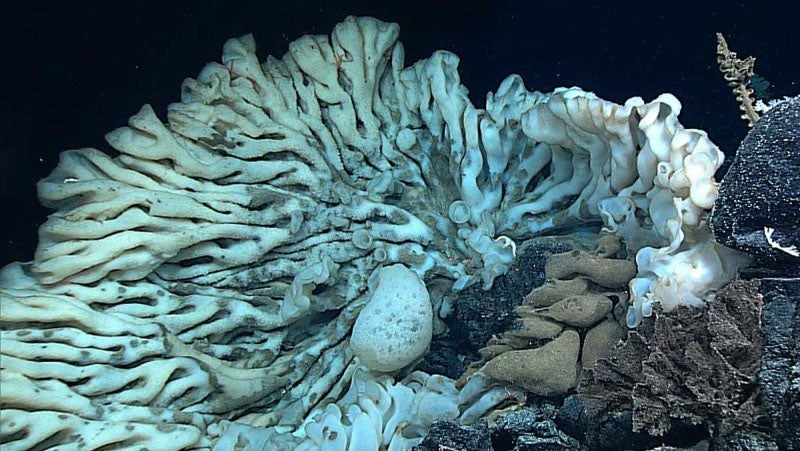 This sponge could fill a room in your home. The world's largest, it was found in the depths of the seas near the Northwestern Hawaiian Islands. Image: NOAA Office of Ocean Exploration and Research, 2015 Hohonu Moana

The animal — actually an ancient multicellular organism, without the nervous, digestive or circulatory systems we usually associated with living creatures — is 3.5m long, 2m wide and 1.5m tall. It's over twice the size of the previous largest sponge, which was found near western Canada.

The team that discovered the sponge don't know how old it is, though the species can live for thousands of years. Given its size, then, its age is certainly to be measured in centuries, if not millennia. It sits about 2117m below the surface of the water.

Sponges are, admittedly, rather odd animals. They lack most of the structures of typical creatures, and instead rely on water flows to obtain nutrients and oxygen, as well as means of depositing waste. They also serve the selfless role of providing habitats in which other species can live.

In the case of this sponge, it's somewhat of a metropolis.