How That Big Ant-Man Reveal Ended Up In Captain America: Civil War 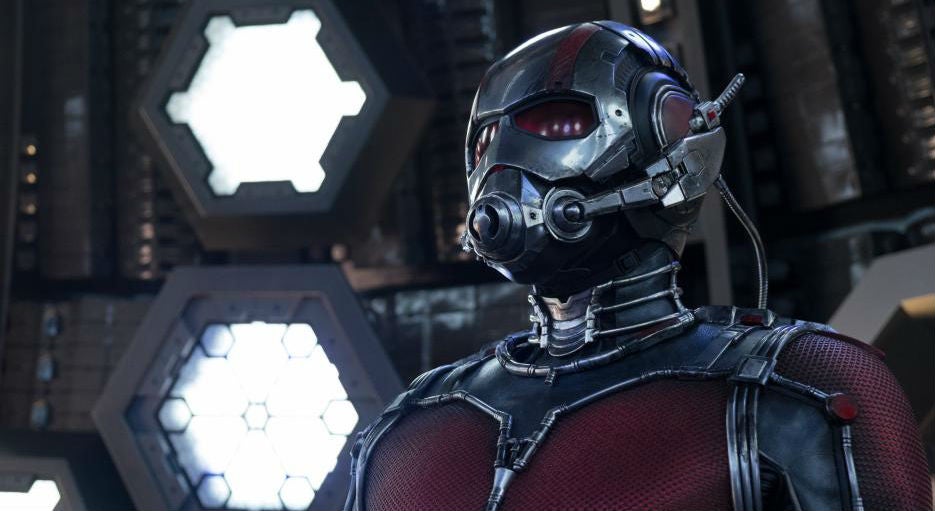 When we say Captain America: Civil War has the best superhero action scene of all time in it, we mean it. Part of that is the sheer amount of superheroes involved, part of that is the humour, another part is Spider-Man, but a big part is what Ant-Man does. So we talked to the people behind the scenes about how it went down. Spoiler warning.

During the massive airport battle, Ant-Man goes the opposite way of his normal stuff and becomes Giant-Man, an incredibly tall and strong version of himself that begins to completely destroy team Iron Man. It feels like the kind of reveal that might have been been saved for the upcoming sequel Ant-Man and the Wasp but producer Kevin Feige felt this was the right time.

"It was just a great idea to turn the tide of the battle in a huge, shocking, unexpected way," Feige told us. "We have a lot of ideas for Ant-Man 2, none of which are contingent upon revealing Giant-Man, so we thought this would be the fun, unbelievable, unexpected way to do that."

Civil War's writers, Christopher Markus and Stephen McFeely, revealed that bringing Giant-Man into the film was something they really wanted to do but there was some pushback.

"The brothers [directors Joe and Anthony Russo] had to fight for it," McFeely said. "They had to go to the studio and say, 'No it's not silly, it's cool.'"

Ant-Man as Giant-Man in Marvel Comics.

"Some people are like 'What does Ant-Man do in a big fight? Well, he can become the most powerful thing," Markus interjected. "It will be awesome and it is a literal escalation of the fight."

"It's a comic book movie!" McFeely continued. "In the grounded Winter Soldier, it's Three Days of the Condor except in the middle there's a talking robot that tells you HYDRA has been there the whole time. And a lot of people went, 'That's a little much.' No, it's a comic book movie! That's OK. Same thing here, except it's Giant-Man.'

According to Feige, the other good part of it was, "We knew if we got Spidey we could have him do the AT-AT thing."

Spider-Man stole this move from the old movie The Empire Strikes Back. Image: Lucasfilm

Yes, in the movie Spider-Man brings down Giant-Man just like Luke Skywalker brings down AT-ATs on Hoth in The Empire Strikes Back, by swinging around his legs. Spidey himself even references "that old movie", a moment the writers didn't want.

"The brothers really wanted to put it in there," said McFeely. "We get a little queasy about referencing other movies. They don't, and they were right."