Europa Is Even More Earth-Like Than We Suspected 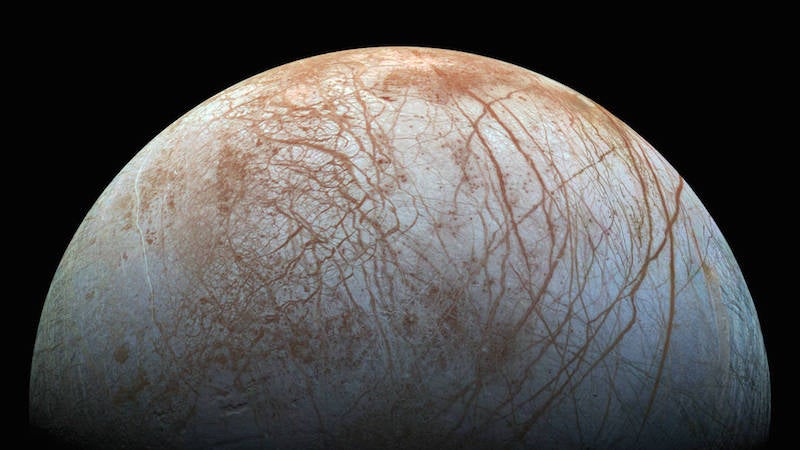 Europa, Jupiter’s watery ice-moon, has long attracted attention as a possible site for someday finding life. Now, a new analysis shows that its oceans may be even closer to our own than we knew.

A study from researchers at NASA’s Jet Propulsion Laboratory looks at the chemical composition of those lunar oceans in comparison to our own. Oxygen production in both Earth and Europan oceans exceeds hydrogen production by almost exactly 10 times. This similarity in the proportions already has researchers pointing out that it could mean oceans on Europa could play a similar role to Earth’s oceans in spawning life.

“The cycling of oxygen and hydrogen in Europa’s ocean will be a major driver for Europa’s ocean chemistry and any life there, just as it is on Earth,” lead author Steve Vance of JPL noted in a statement.

Of course, as exciting as these findings are, they’re only a piece of the puzzle. There are plenty of other forces at work that could make conditions for life very unfavourable. Currently, the researchers are trying to figure out just how oxygen and hydrogen, along with other elements, including nitrogen and carbon, interact in the alien waters. Once they know that, they will be able to get a much better idea of just what the similarity they have found between our own and Europa’s oceans means.