Watch A Chef Make A Dish With A Poisonous Pufferfish 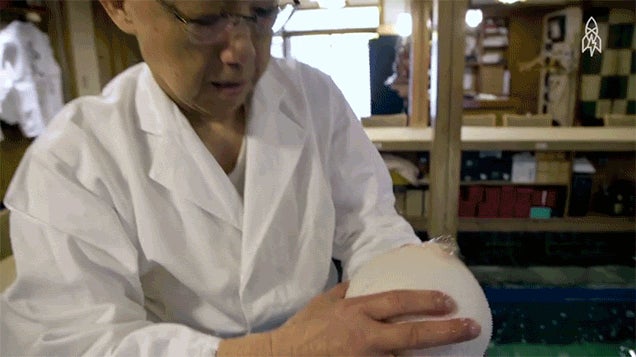 Video: In order to serve fugu (pufferfish) in Japan, a chef needs to have a special licence. That's because fugu is poisonous, toxic and lethal. So why would someone eat something that could kill you? Because when prepared properly, it's safe to eat and delicious. Watch chef Sasaki, a fugu specialist for over 45 years, prepare his fugu dish.