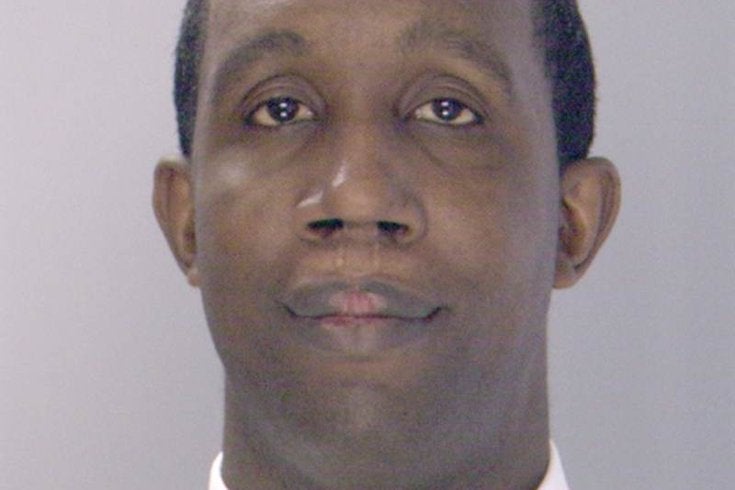 For failure to cooperate with the investigation, Rawls has been locked up. He spends 22 and a half hours a day in his cell. If he gets a visitor, there must always be a barrier between them. He gets just one 15-minute phone call a month. According to a person familiar with the case, Rawls is being held in solitary confinement due to his status as a former police sergeant and fears for his safety.

Rawls is suspected of possessing child pornography but, in an appeal filed in the US federal court yesterday, his defence outlines why he should be released. Referred to as John Doe in the court documents, Rawls has a clean record and doesn’t know the passwords prosecutors are looking for, the defence argues. He also doesn’t have to unlock his computer because of his fifth amendment right not to incriminate himself.

The case began over a year ago in early 2015, when a team of investigators working out of the Office of the District Attorney for Delaware County, Pennsylvania, were conducting surveillance on the “Freenet”. Similar to Tor, Freenet allows users to anonymise themselves and access what’s called “freesites”, or sites that aren’t available on the web you and I are familiar with. Following the surveillance on Freenet, local and federal law enforcement agents received a warrant, and raided Rawls’ home on 30 March 2015, seizing an Apple Mac Pro computer, a Mac Mini, an iPhone 6 and two external hard drives. Whether the surveillance was connected to the raid was unclear, and it’s also unclear whether other people were raided as well.

As the warrant was being executed, officers visited Rawls at work. Rawls told those officers he had “encryption on his computer” and refused to supply them with a password.

In June, investigators obtained an order compelling Rawls to turn over passwords to some of his encrypted devices. A judge later found that order to be unconstitutional, writing Rawls “has properly invoked the Fifth Amendment privilege against self-incrimination when indicating that he would neither perform the act of decrypting the electronic devices, seized by the Commonwealth, nor provide the passwords to the Grand Jury for the electronic devices.”

Following that judge’s ruling, investigators then went to federal court, where they used The All Writs Act — the same law the Department of Justice recently use against Apple to try to force the company to unlock an iPhone — to compel Rawls to turn over his encryption keys.

The court ordered him to go to a district attorney’s office where he would enter the device encryption passwords. There, Rawls was able to unlock his iPhone 6 and an encryption application on the phone, but he told investigators he didn’t remember the passwords to the encrypted hard drives.

On 5 October 2015, a judge ordered Rawls to be “remanded to the custody of the United States Marshals to be incarcerated until such time that he fully complies with the order to provide his encryption passwords to investigators”. In other words, the judge ordered Rawls locked up until he gave up. Days later, Rawls was fired from the police force for “conduct unbecoming of a police officer”.

Rawls’ is currently in legal limbo while his public defender is fighting to get him out of solitary confinement as the case proceeds.

A federal court has previously ruled that compelled forfeiture of encryption passwords is unconstitutional: In 2012, the 11th circuit court reversed an order that would compel a Jon Doe to give up their encryption passwords on hard drives that investigators suspected contained child pornography.

For now, though, Rawls will have to wait for the US government to respond to his appeal, and he will continue to be held in solitary confinement even though he hasn’t been charged with a crime.