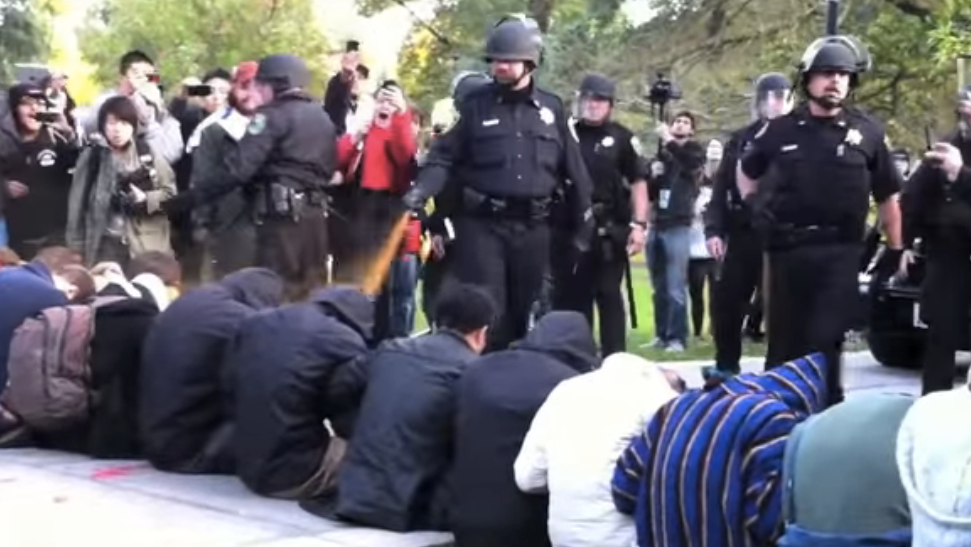 UC Davis and Chancellor Linda P.B. Katehi, however, would prefer if people forgot the whole thing ever happened. That’s why, according to a report in the Sacramento Bee, the university paid at least $US175,000 ($227,080) to cleanse the internet of references to the incident. The paper learned of the payments through a request filed under the California Public Records Act.

According to the documents, the school signed a six-month, $US15,000-per-month ($19,464) contract with a Maryland firm called Nevis & Associates in January 2013. One goal listed in the proposal included the “eradication of references to the pepper spray incident in search results on Google for the university and the Chancellor”. It also described the targeted content as “venomous rhetoric about UC Davis and the Chancellor”. The school also paid $US82,500 ($107,052) to ID Media Partners in June 2014. The company was hired to “design and execute a comprehensive search engine results management strategy”.

The money came from the communications department budget, according to UC Davis spokeswoman Dana Topousis. “We have worked to ensure that the reputation of the university, which the chancellor leads, is fairly portrayed,” she told the Bee. Sure!

Of course, this isn’t the first time powerful entities or people have tried to scrub the web of any indication they’re anything but perfect. Online reputation management is a bustling industry, and politicians, celebrities and other high-level clients pay thousands for it.

As one former reputation management employee happily told Business Insider in 2013, “I like the challenge of moving the search results … When you’re finally successful and you move that bad article onto the second page, it’s a sense of accomplishment.”

The New York Times noted one such case of a banker trying to hide his name during the 2008 financial crisis. “Some of these bankers were paying upwards of $US10,000 ($12,976) a month to try hide their names online as they began appearing in the press,” a New York City image manager said. Bet the sense of accomplishment is off the charts with that one.

Other less sophisticated methods have popped up, too, including rogue editing of Wikipedia pages by organisations like the NYPD, CIA, FBI and the US Congress. If only the United States and Australia had their own versions of the European “right to be forgotten” laws. Wait, never mind, that’s a terrible idea.

In UC Davis’s case, all that money has gone… well, not far. Googling “UC Davis pepper spray” yields 117,000 results, and many of them aren’t flattering. Get ’em next time, Chancellor!