This Incredibly Creepy Mattress Tells You When Sex Is Happening 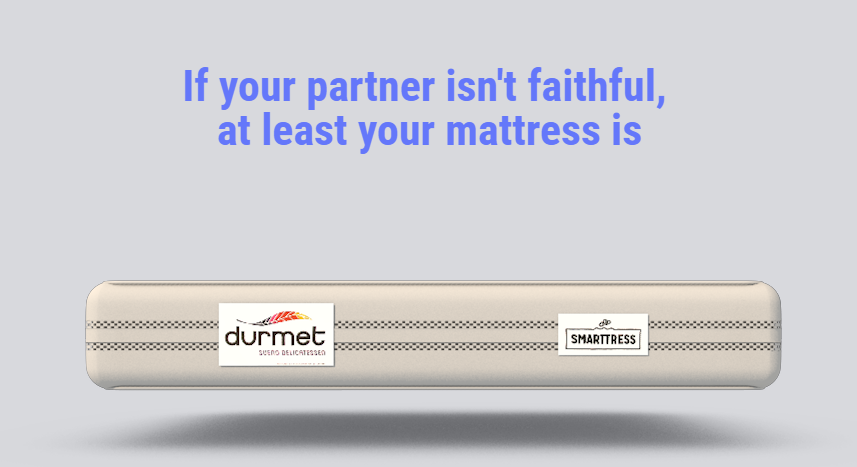 Apparently, we’re in the middle of a “global infidelity crisis,” a crisis that can only be solved by a smart mattress that pings your phone when it’s being used for sex. Wait, what?

Smarttress is a real-looking product from Spanish company Durmet, which claims to use ultrasonic sensors to detect when two people are going at it on a bed. It then pings your phone to inform you of this fact.

I’m still partly convinced that this is a late April Fool’s joke, but working on the terrifying assumption that it’s not, let’s look at this idea on its merits. On the plus side, you’ll know if your significant other is having sex on your bed (although not on your couch, futon, desk, kitchen table, floor, car, or hotel bed); on the downside, you’ll know for certain that you’re a paranoid sociopath who needs wildly inefficient ways of keeping tabs on people.

There are other, more manifest practical flaws (not to mention what I’m assuming is astronomical cost of an app-enabled bed), but I really want to focus on the initial assumption that a) infidelity is a global crisis, and b) the best way to solve it is by spying on people.

“Technology destroying privacy” is an idea that gets tossed around a lot, and one that I think is mostly fearmongering. But the fact that someone thinks it’s OK to (theoretically) sell a mattress to spy on your partner is genuinely concerning. Sure, people have always been nosey and suspicious, but technology is enabling them in a way that wasn’t possible before.

In any case, there’s no price or shipping time listed on Durmet’s website, which gives me hope that it’s still an idea that can be killed with fire. [Durmet via Product Hunt]