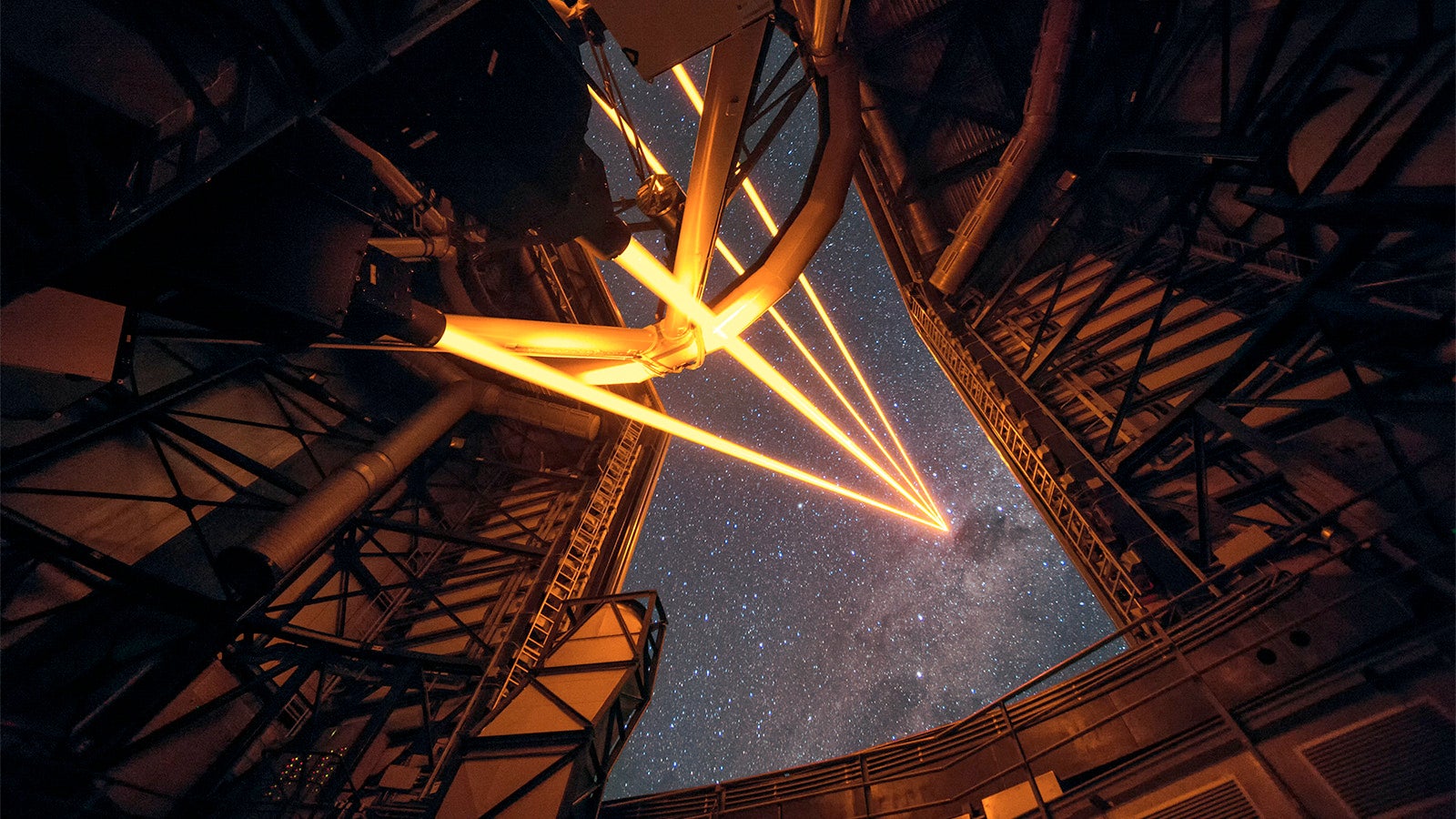 Engineers at the observatory have been testing the system since last September. The first successful use of the lasers yesterday marked the birth of the most powerful laser guide stars ever used for astronomy.

The Four Laser Guide Star Facility (4LGSF) shines four 22-watt laser beams into the sky to create artificial guide stars by making sodium atoms in the upper atmosphere glow so that they look just like real stars. The artificial stars allow the adaptive optics systems to compensate for the blurring caused by the Earth’s atmosphere and so that the telescope can create sharp images. Using more than one laser allows the turbulence in the atmosphere to be mapped in far greater detail to significantly improve the image quality over a larger field of view. 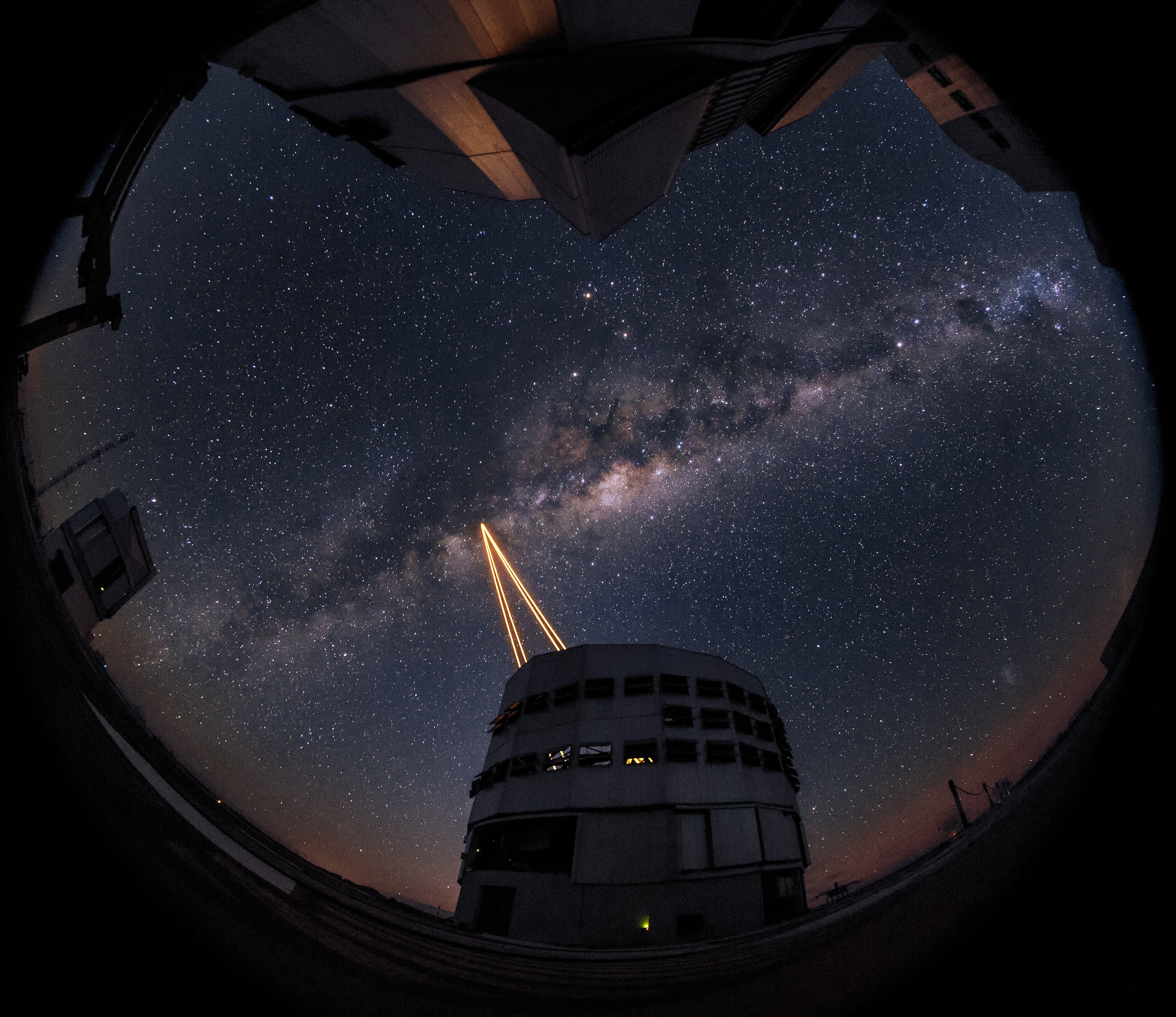 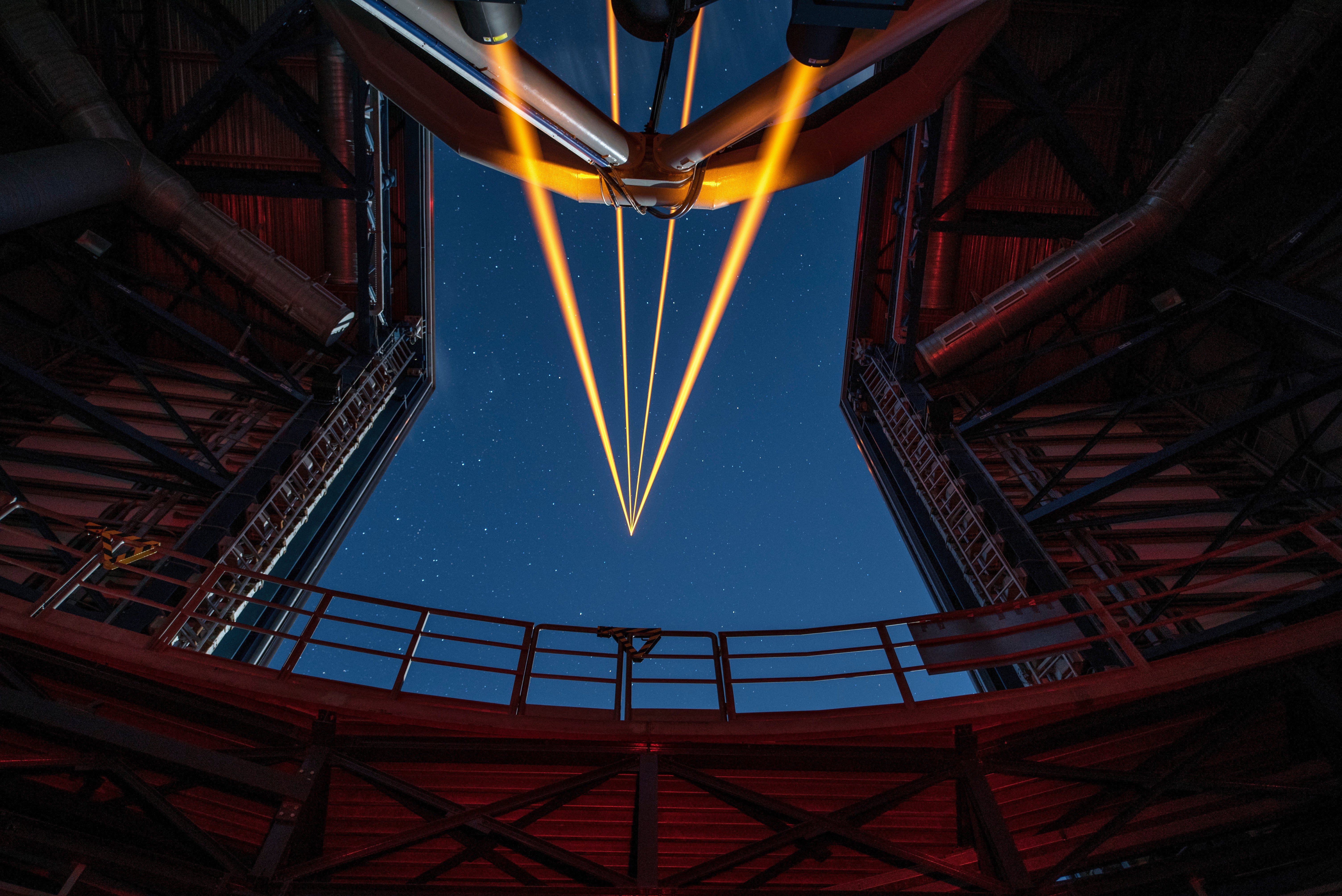 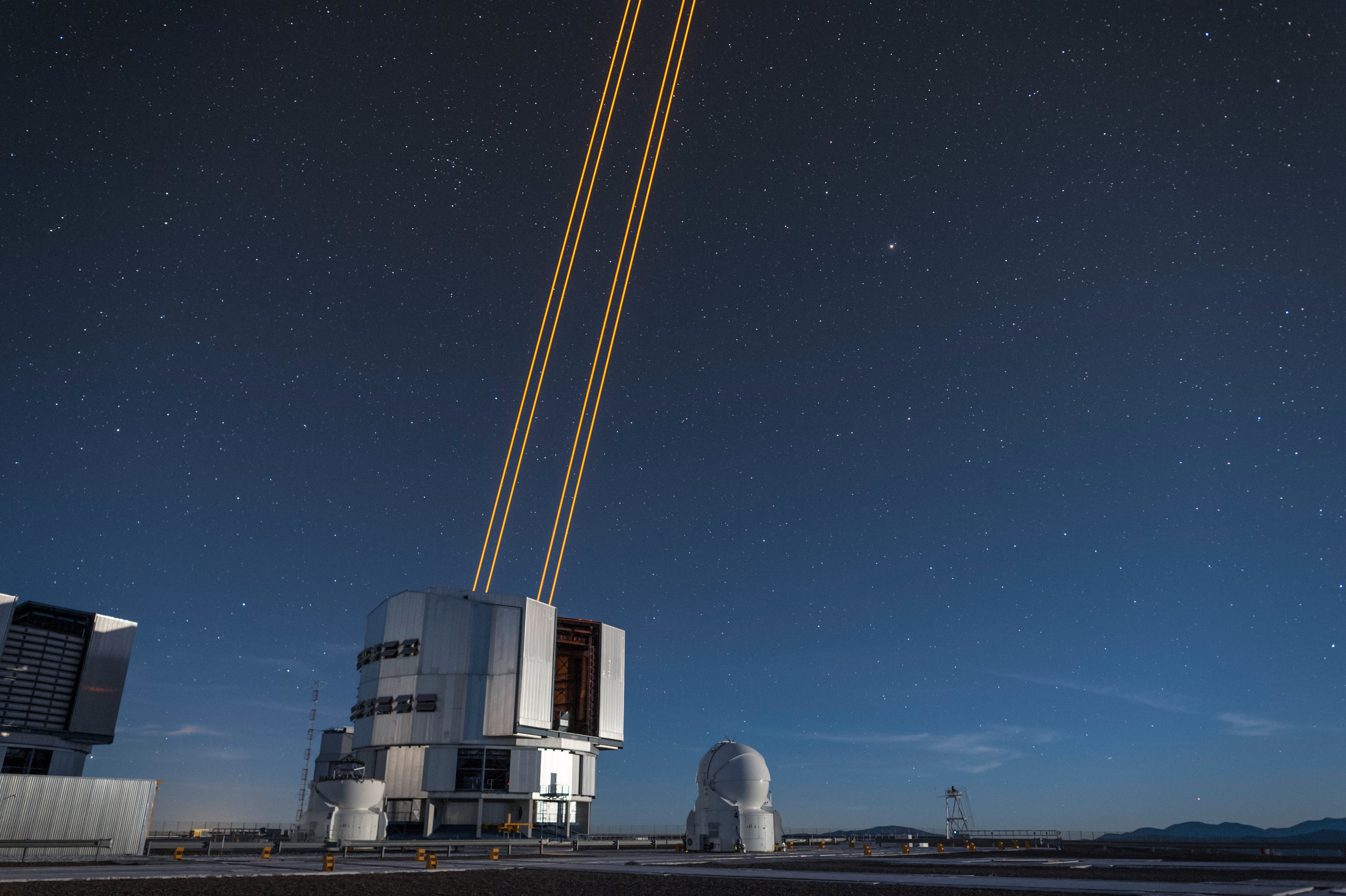