The World’s Smallest Diode Is Made Of DNA 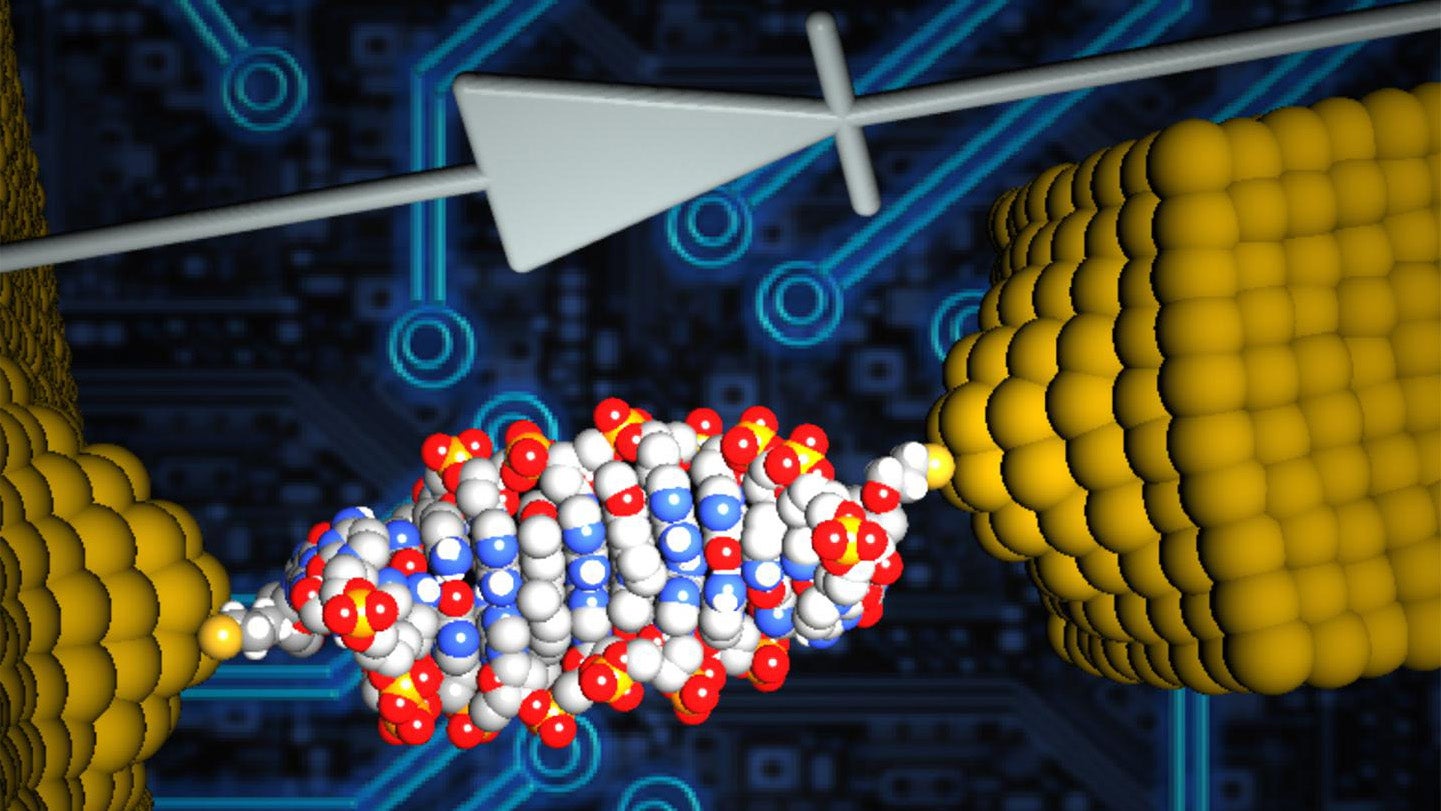 The diode is a simple-sounding electronic device that allows current to flow easily in one direction but not the other. It’s a fundamental part of modern electronics, and now the world’s smallest has been manufactured from DNA.

The new diode has been created by researchers from the Universities of Negev and Georgia. There’s no such thing as a perfect diode, of course. In an ideal world, infinite current could flow along the component in one direction and zero in the other; in reality, the devices can’t carry infinite current and always allow at least a little to pass in the opposite direction, too.

The new diode is made from a single strand of DNA that’s just 11 base pairs long with a small molecule called coralyne inserted at strategic points along its length. That carefully designed set-up allows the scrap of DNA to work as a diode should, allowing a current 15 times larger to flow in one direction than the other. The research is published in Nature Chemistry.

How well a diode works is, of course, characterised — in part, at least — by the ratio of the forward and backward currents. This one isn’t as impressive in that regard as other single-molecule diodes that have gone before it. A team from Columbia University recently created one that allows just 1/250th of the forward-flowing current to to flow back through it.

But this new device does take the “world’s smallest” title, and offers up the possibility of shrinking down modern electronic systems to the molecular level — which is pretty damn exciting.