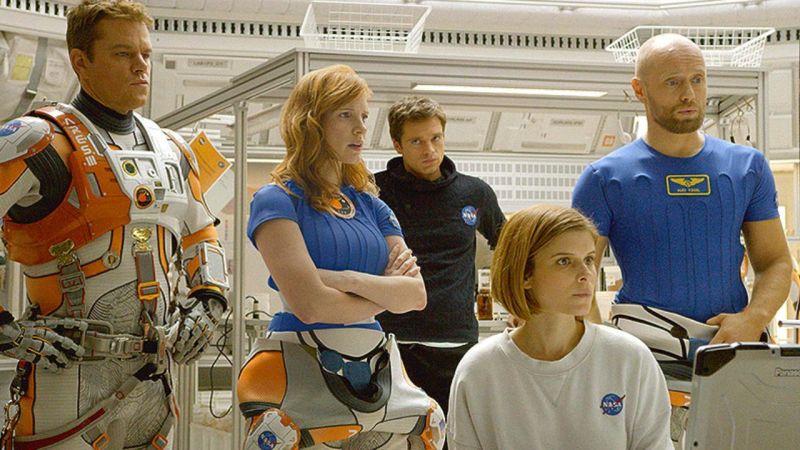 During an extensive interview with Smithsonian magazine, The Martian author Andy Weir talked NASA, gravitational waves, science as pop culture, and oh yeah, his next book. It will be another story with realistic science, but this time, the protagonist isn’t trying to survive. He’s trying to commit crimes… moon crimes.

Also, the hero will be a woman, and thankfully, Weir tells Smithsonian there was absolutely no political motivation to that choice. It’s just who the character happens to be. And she sounds mighty kick-arse based on his description:

I’m certainly not trying to make a point by having a female lead. She’s just a character I came up with that I thought was cool, so she’s the lead.

The book is another scientifically accurate story. The main character is a low-level criminal in a city on the moon. Her challenges are a mix of technical/scientific problems, as well as juggling personal interactions — staying a step ahead of the local police, working with shady and dangerous people to do illegal things.

She doesn’t encounter any distinctly “female” challenges. There’s no love plot. And the story takes place in a future society where there is practically no sexism.

Well, that sounds fantastic on many levels. There’s no word on when the as-yet-untitled book will be completed, but we’ll be looking forward to it — and the inevitable movie version, too.