Rosetta's Comet Looks Even Weirder When It's Backlit By The Sun 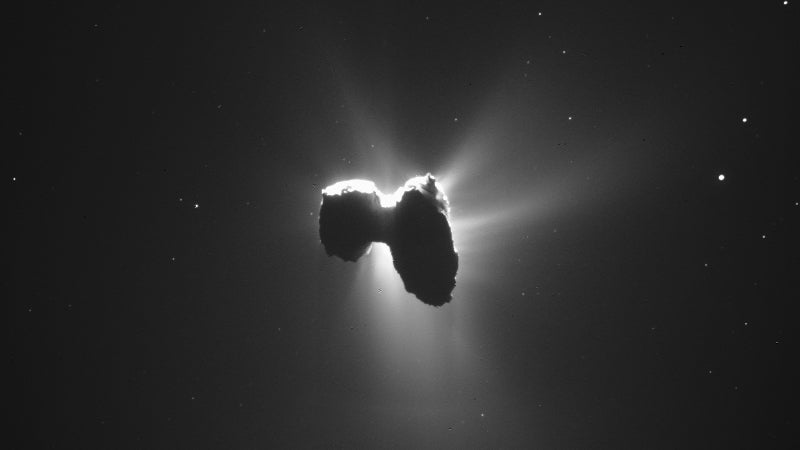 In its ongoing exploration of Comet 67P/Churyumov-Gerasimenko, the Rosetta spacecraft captured this stunning silhouette of the two-lobed mass from a distance of 329km. Wow. The Philae comet lander may be dead, but its valiant mothership lives on. Rosetta recently ventured away from the comet to study its wider coma, tail and plasma environment. At one point, when it was 329km away, the spacecraft, comet and sun aligned together at an angle of about 159 degrees. It was a perfect opportunity to take a picture. 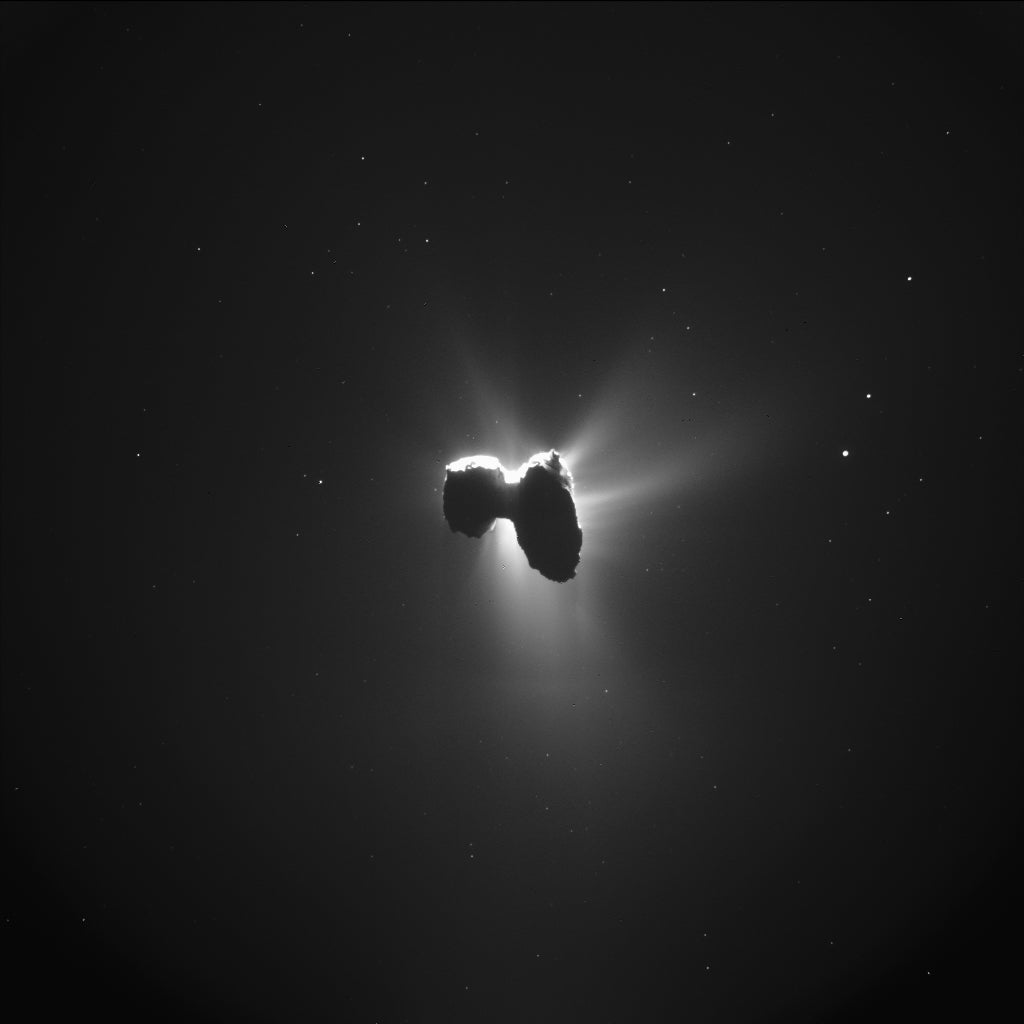 Enhanced NAVCAM image of Comet 67P/C-G taken on 27 March 2016, 329km from the comet nucleus. The scale is 28m/pixel and the image measures 28.7 km across. Image: ESA/Rosetta/NAVCAM — CC BY-SA IGO 3.0 The top portion of the comet is brilliantly illuminated, but the dark patches reveal the comet's freaky two-lobed shape. Scientists theorise that the comet got its shape in the wake of a gentle, low-velocity collision between two objects. Visual evidence shows that certain layers on the comet are oriented in different directions, which indicates that two objects fused to form a single, though oddly shaped, comet.

Just to put the size of this thing in perspective, here's what it looks like relative to the city of Paris. 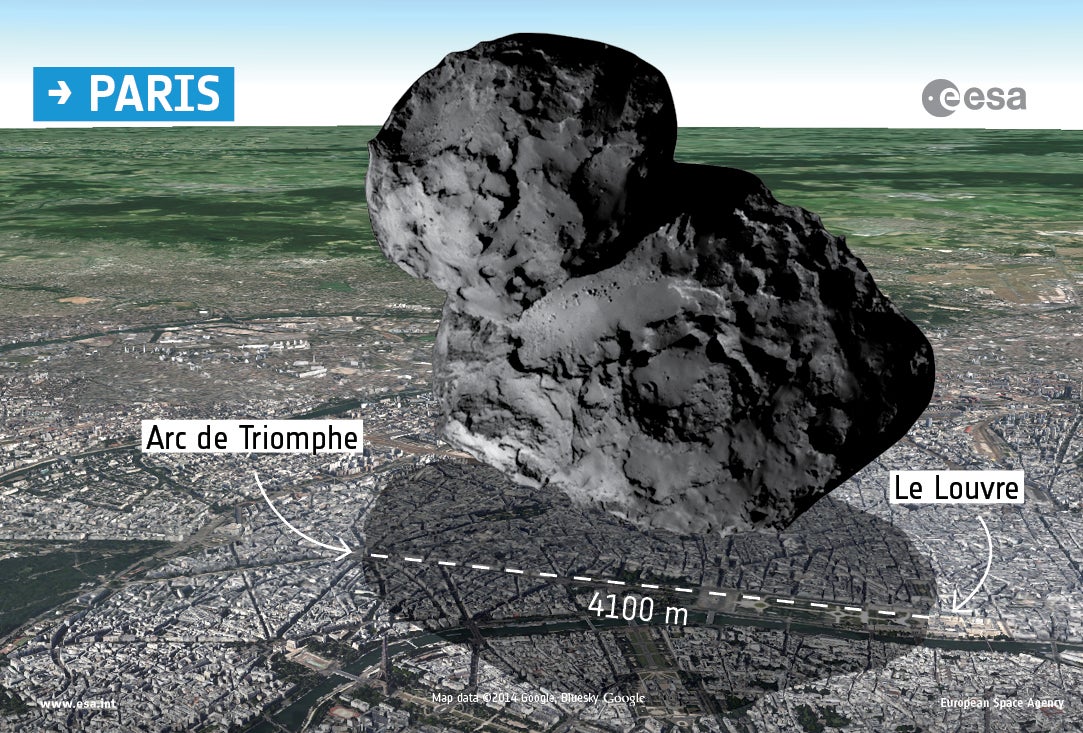 Image: Comet: ESA/Rosetta/Navcam; Map data ©2014 Google, Bluesky In other Rosetta-related news, the European Space Agency just released 984 new NAVCAM images of the comet taken between 16 December 2015 to 9 February 2016. You can check them out here.