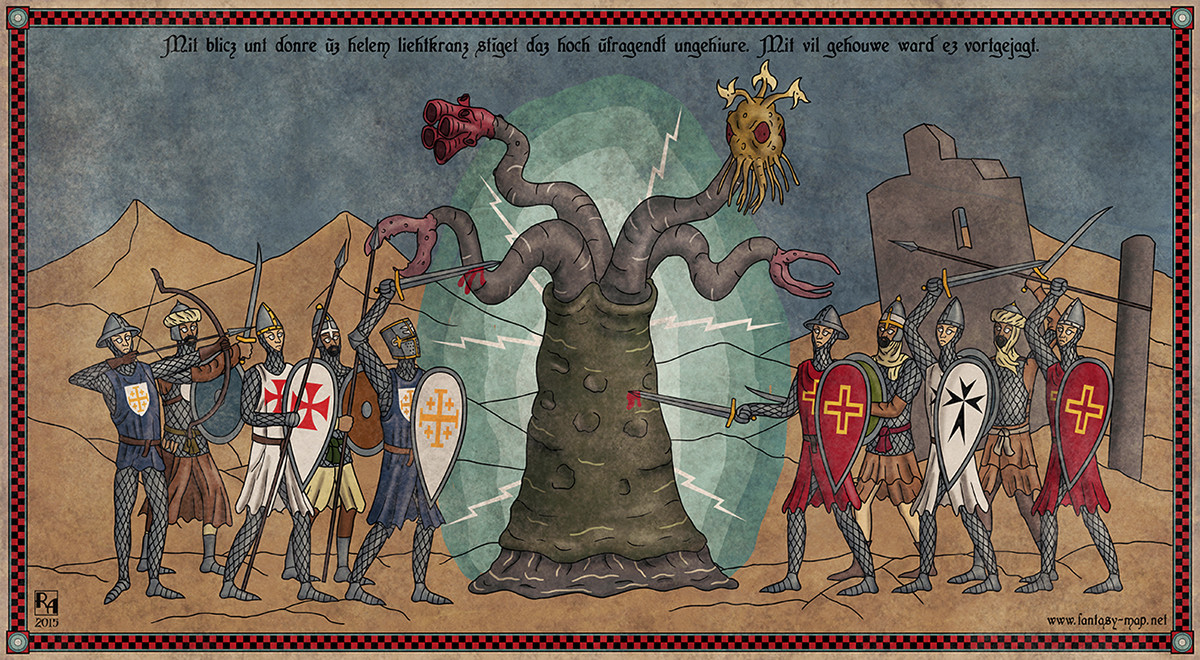 What if HP Lovecraft had been around in the Middle Ages? It’s likely that the crusades would have turned out very differently, as seen by these fantastic illustrations from Austrian illustrator, Robert Altbauer.

Altbauer runs a website called Fantasy Map, where most of his art is in the form of fantastic alternate maps, some of which end up in gaming books. He noted that these illustrations were a side project: “When I finally had the time and leisure to do so, I wanted to give them an special twist and Lovecraft came into mind. I have read most of his work and he was a master of his genre. I think the creatures of Lovecraft make excellent opponents for fearless crusaders.”

You can see more examples of his work over on his Artstation page.

Albauer noted that he’s still at work creating more of these images, and shortly after he posted them up, he began collaborating with Alberto Cano from CthulhuProject, a company that makes games based on Lovecraft’s works. They’re currently at work creating a card game, which will be hitting kickstarter in a couple of months.