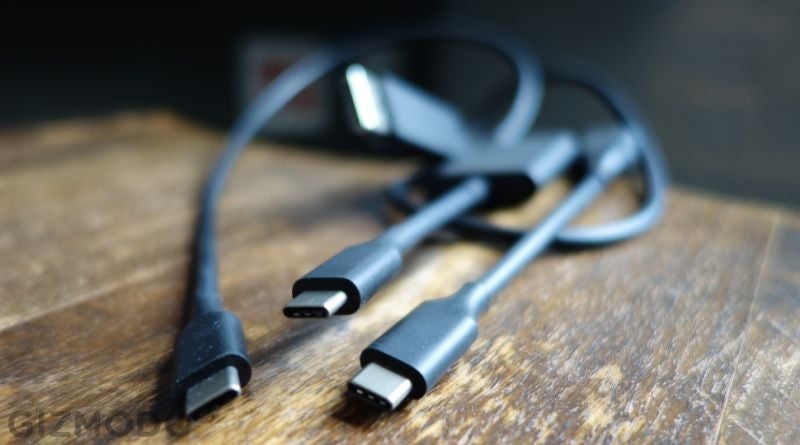 While every other port on your computer has become digitised and smarter, the good ‘ol 3.5mm headphone jack has remained as a bastion of analogue data transmission. But Intel thinks the time has come for its replacement, and it looks like USB-C.

As Anandtech points out, one of the talks at Intel’s developer conference in China revolved around using USB-C as an audio connector. Doing so would bring a number of advantages: potentially higher-quality headphones and audio output, more options for remote controls and power for things like active noise-cancelling headphones, negating the need for batteries. It could also shrink the headphone components in a device, making more space for batteries or processors.

It’s not a new idea — in fact, rumours that Apple is going to do away with the headphone jack in the iPhone 7, in favour of Lightning-powered headsets, have already terrified the internet. Everyone’s headphones already use 3.5mm jacks, and audio quality is good enough for most people over analogue.

But don’t those arguments sound a little familiar? They’re the same ones that were wheeled out when DVD drives started vanishing from laptops, or parallel ports off PCs for that matter. We already have the [DVDs/printers] that work with those slots! No one will ever need more [picture quality/data size/bandwidth] than we currently have.

Ultimately, the 3.5mm jack is probably going to die — whenever digital alternatives are cheap enough, and offer enough compelling features. Intel is just hoping that when that happens, consumers will be flocking to USB-C, not shelling out for Lightning-powered Beats.