Barack Obama Just Tested A VR Headset And Loved It 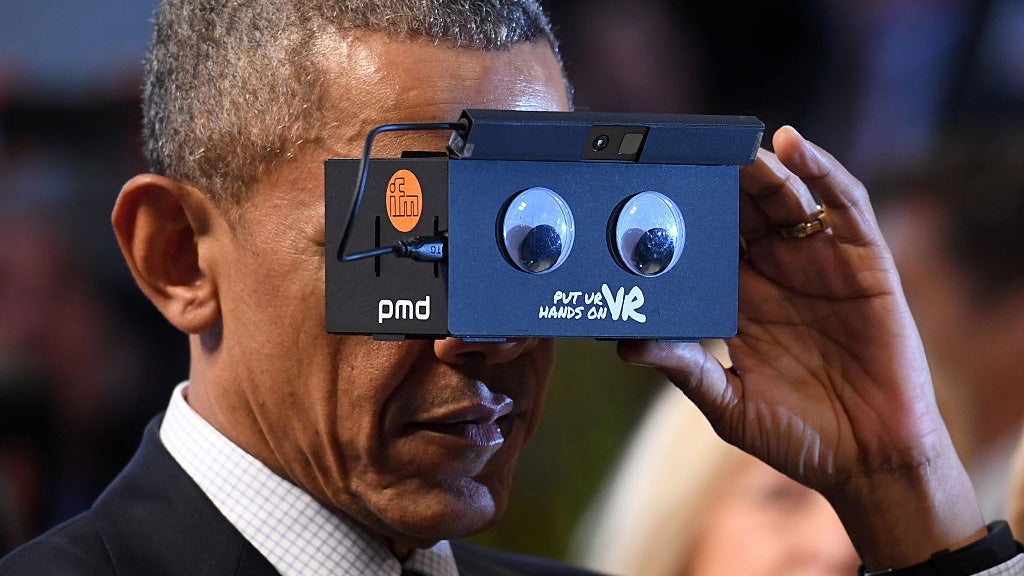 Virtual reality sometimes seems like magic. US President Obama certainly seems to think so. Obama is at the Hannover Messe industrial trade fair in Germany today, where he donned a set of VR googles alongside German Chancellor Angela Merkel. And my, what fun they had.

You can imagine how the conversation may have played out.

"Angela, have you tried these goggles? They are the shit." 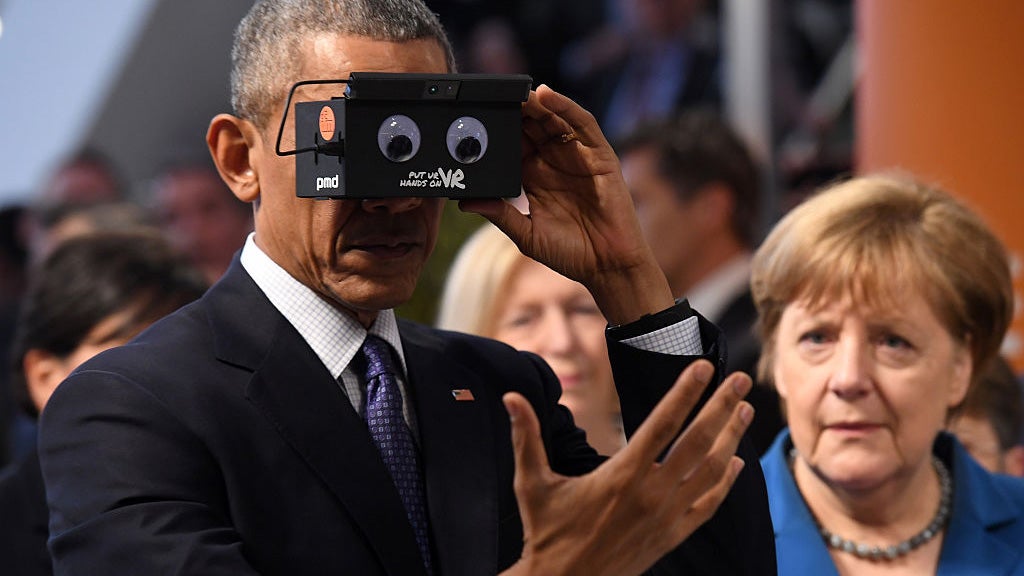 "Look, look Angela — there's a virtual hand in front of my face!"

"No, Barack, you are confused. That is your own hand." 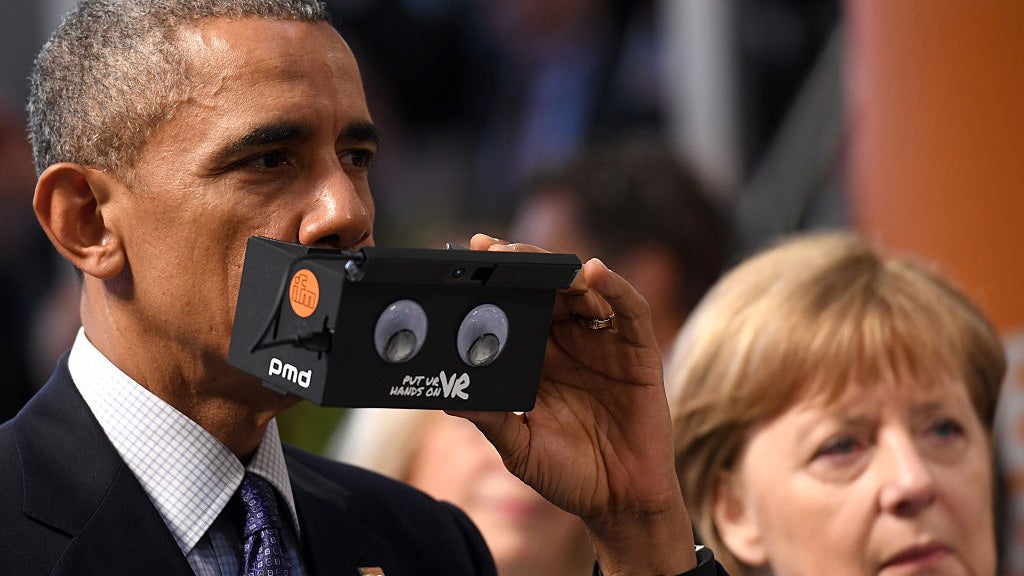 "Oh. Dammit. Well, you should try them anyway." 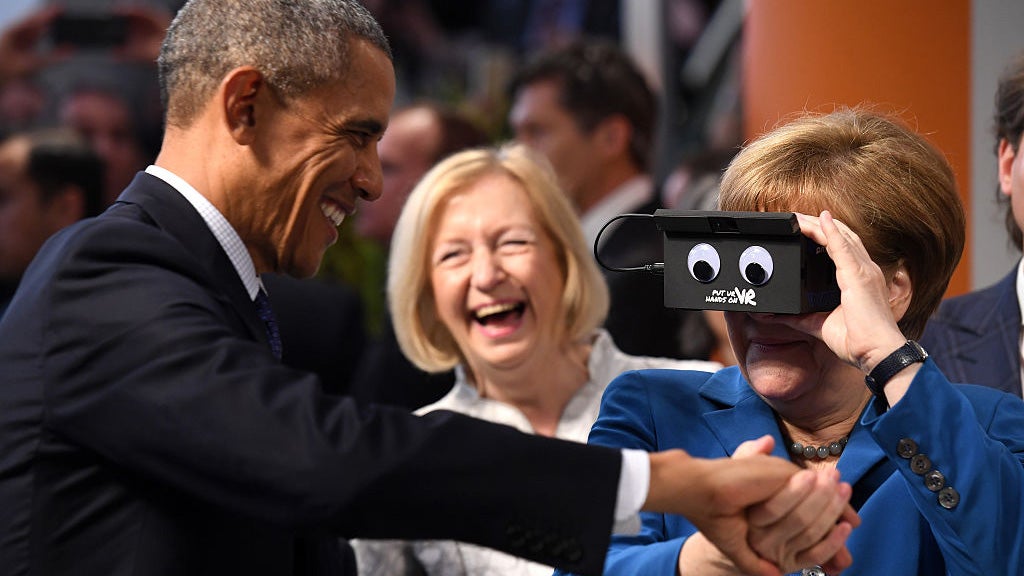 "Barack, Barack! There's a hand in front of my face!" 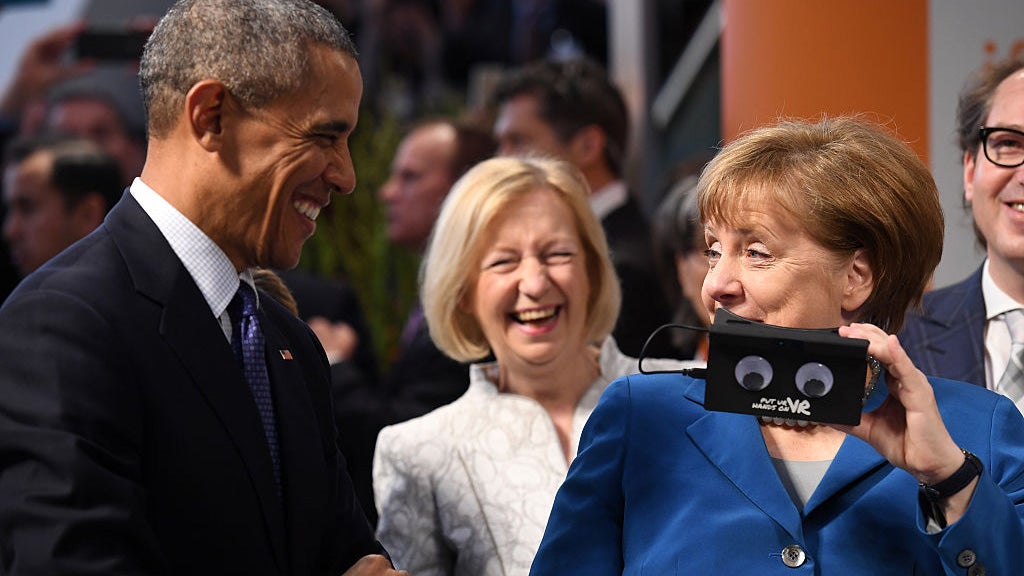 "Hahahahahaha. Let's all buy an Oculus Rift for our teleconferences."