10 Scientific Ideas That Scientists Wish You Would Stop Misusing 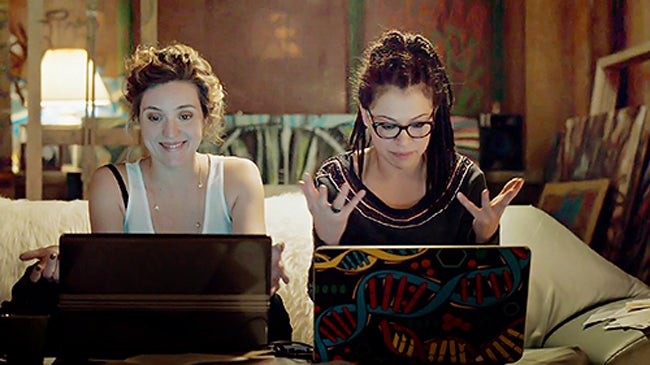 Many ideas have left the world of science and made their way into everyday language — and unfortunately, they are almost always used incorrectly. We asked a group of scientists to tell us which scientific terms they believe are the most widely misunderstood. Here are ten of them.

I would say that “proof” is the most widely misunderstood concept in all of science. It has a technical definition (a logical demonstration that certain conclusions follow from certain assumptions) that is strongly at odds with how it is used in casual conversation, which is closer to simply “strong evidence for something.” There is a mismatch between how scientists talk and what people hear because scientists tend to have the stronger definition in mind. And by that definition, science never proves anything! So when we are asked “What is your proof that we evolved from other species?” or “Can you really prove that climate change is caused by human activity?” we tend to hem and haw rather than simply saying “Of course we can.” The fact that science never really proves anything, but simply creates more and more reliable and comprehensive theories of the world that nevertheless are always subject to update and improvement, is one of the key aspects of why science is so successful.

Astrophysicist Dave Goldberg has a theory about the word theory:

Members of the general public (along with people with an ideological axe to grind) hear the word “theory” and equate it with “idea” or “supposition.” We know better. Scientific theories are entire systems of testable ideas which are potentially refutable either by the evidence at hand or an experiment that somebody could perform. The best theories (in which I include special relativity, quantum mechanics, and evolution) have withstood a hundred years or more of challenges, either from people who want to prove themselves smarter than Einstein, or from people who don’t like metaphysical challenges to their world view. Finally, theories are malleable, but not infinitely so. Theories can be found to be incomplete or wrong in some particular detail without the entire edifice being torn down. Evolution has, itself, adapted a lot over the years, but not so much that it wouldn’t still be recognise it. The problem with the phrase “just a theory,” is that it implies a real scientific theory is a small thing, and it isn’t. 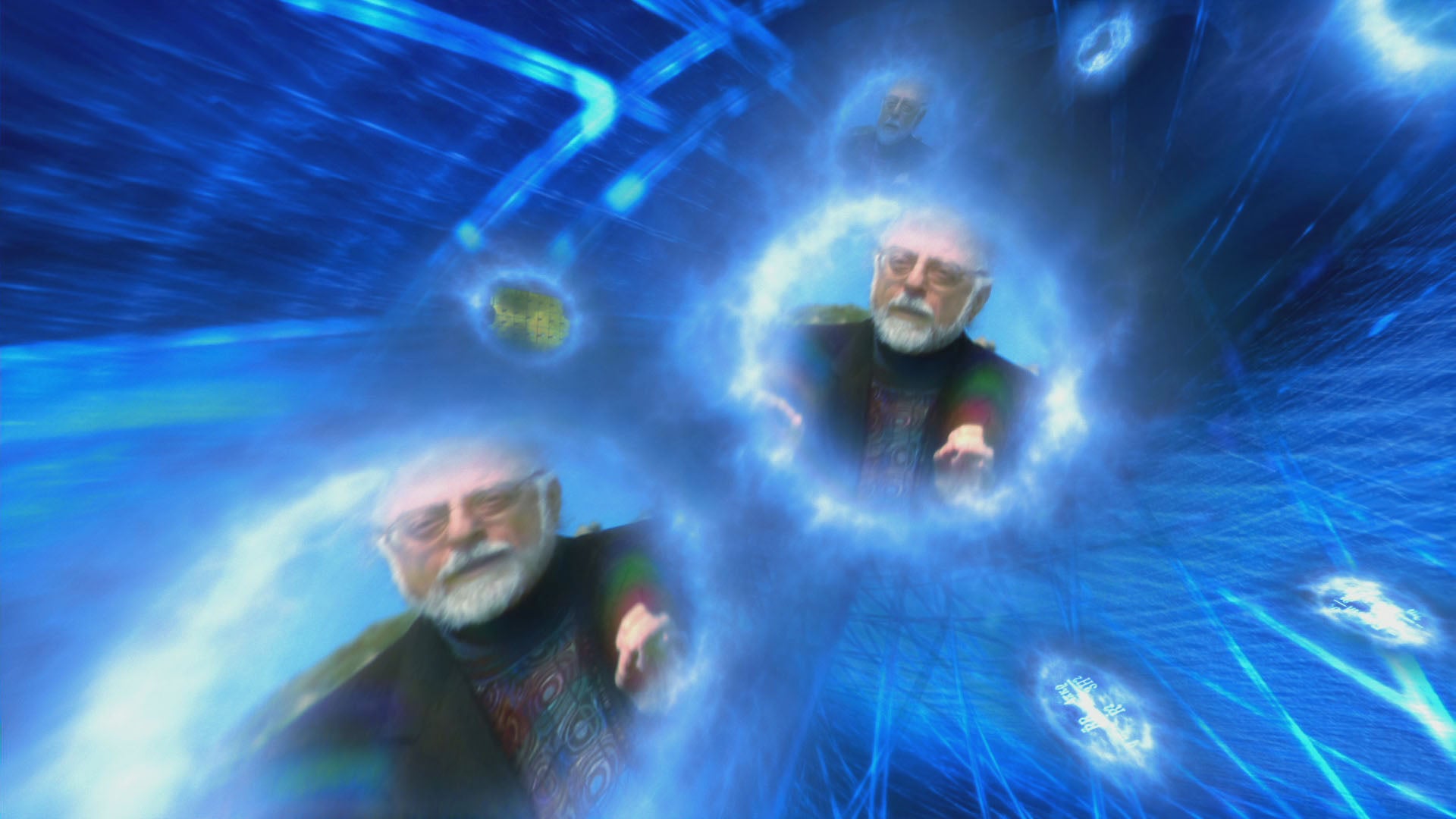 Goldberg adds that there’s another idea that has been misinterpreted even more perniciously than “theory.” It’s when people appropriate concepts from physics for new agey or spiritual purposes:

This misconception is an exploitation of quantum mechanics by a certain breed spiritualists and self-helpers, and epitomized by the abomination, [the movie] What the Bleep Do We Know? Quantum mechanics, famously, has measurement at its core. An observer measuring position or momentum or energy causes the “wavefunction to collapse,” non-deterministically. (Indeed, I did one of my first columns on “How smart do you need to collapse a wavefunction?”) But just because the universe isn’t deterministic doesn’t mean that you are the one controlling it. It is remarkable (and frankly, alarming) the degree to which quantum uncertainty and quantum weirdness get inextricably bound up in certain circles with the idea of a soul, or humans controlling the universe, or some other pseudoscience. In the end, we are made of quantum particles (protons, neutrons, electrons) and are part of the quantum universe. That is cool, of course, but only in the sense that all of physics is cool.

One of my favourite [misuses] is the idea of behaviour being “learned vs. innate” or any of the other nature-nurture versions of this. The first question I often get when I talk about a behaviour is whether it’s “genetic” or not, which is a misunderstanding because ALL traits, all the time, are the result of input from the genes and input from the environment. Only a difference between traits, and not the trait itself, can be genetic or learned — like if you have identical twins reared in different environments and they do something different (like speak different languages), then that difference is learned. But speaking French or Italian or whatever isn’t totally learned in and of itself, because obviously one has to have a certain genetic background to be able to speak at all.

“Natural” is a word that has been used in so many contexts with so many different meanings that it’s become almost impossible to parse. Its most basic usage, to distinguish phenomena that exist only because of humankind from phenomena that don’t, presumes that humans are somehow separate from nature, and our works are un- or non-natural when compared to, say, beavers or honeybees.

When speaking of food, “natural” is even slipperier. It has different meanings in different countries, and in the US, the FDA has given up on a meaningful definition of natural food (largely in favour of “organic”, another nebulous term). In Canada, I could market corn as “natural” if I avoid adding or subtracting various things before selling it, but the corn itself is the result of thousands of years of selection by humans, from a plant that wouldn’t exist without human intervention.

Johnson has an even bigger concern about how the word gene gets used, however:

It took 25 scientists two contentious days to come up with: “a locatable region of genomic sequence, corresponding to a unit of inheritance, which is associated with regulatory regions, transcribed regions and/or other functional sequence regions.” Meaning that a gene is a discrete bit of DNA that we can point to and say, “that makes something, or regulates the making of something”. The definition has a lot of wiggle room by design; it wasn’t long ago that we thought that most of our DNA didn’t do anything at all. We called it “junk DNA”, but we’re discovering that much of that junk has purposes that weren’t immediately obvious.

Typically “gene” is misused most when followed by “for”. There’s two problems with this. We all have genes for hemoglobin, but we don’t all have sickle cell anemia. Different people have different versions of the hemoglobin gene, called alleles. There are hemoglobin alleles which are associated with sickle cell diseases, and others that aren’t. So, a gene refers to a family of alleles, and only a few members of that family, if any, are associated with diseases or disorders. The gene isn’t bad – trust me, you won’t live long without hemoglobin – though the particular version of hemoglobin that you have could be problematic.

I worry most about the popularization of the idea that when a genetic variation is correlated with something, it is the “gene for” that something. The language suggests that “this gene causes heart disease”, when the reality is usually, “people that have this allele seem to have a slightly higher incidence of heart disease, but we don’t know why, and maybe there are compensating advantages to this allele that we didn’t notice because we weren’t looking for them”.

Mathematician Jordan Ellenberg wants to set the record straight about this idea:

“Statistically significant” is one of those phrases scientists would love to have a chance to take back and rename. “Significant” suggests importance; but the test of statistical significance, developed by the British statistician R.A. Fisher, doesn’t measure the importance or size of an effect; only whether we are able to distinguish it, using our keenest statistical tools, from zero. “Statistically noticeable” or “Statistically discernible” would be much better. 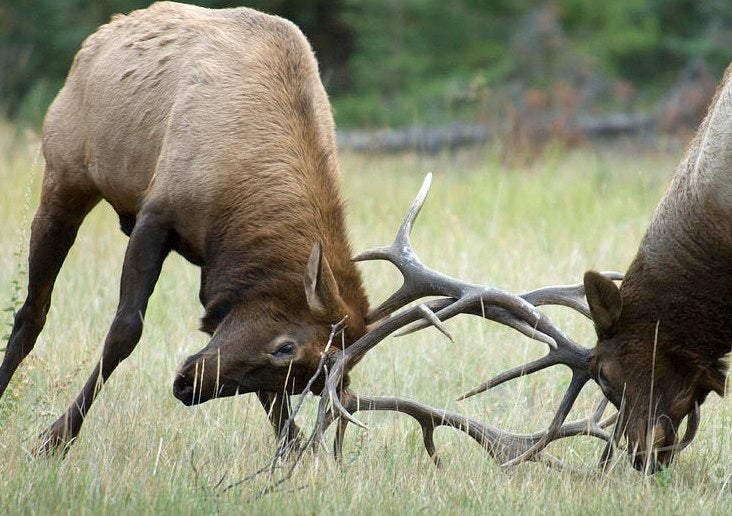 8. Survival of the Fittest

Paleoecologist Jacquelyn Gill says that people misunderstand some of the basic tenets of evolutionary theory:

Topping my list would be “survival of the fittest.” First, these are not actually Darwin’s own words, and secondly, people have a misconception about what “fittest” means. Relatedly, there’s major confusion about evolution in general, including the persistent idea that evolution is progressive and directional (or even deliberate on the part of organisms; people don’t get the idea of natural selection), or that all traits must be adaptive (sexual selection is a thing! And so are random mutations!).

Fittest does not mean strongest, or smartest. It simply means an organism that fits best into its environment, which could mean anything from “smallest” or “squishiest” to “most poisonous” or “best able to live without water for weeks at a time.” Plus, creatures don’t always evolve in a way that we can explain as adaptations. Their evolutionary path may have more to do with random mutations, or traits that other members of their species find attractive.

Gill, whose work centres on Pleistocene environments that existed over 15,000 years ago, says that she’s also dismayed by how little people seem to understand the Earth’s timescales:

One issue I often run into is that the public lacks an understanding of geologic timescales. Anything prehistoric gets compressed in peoples’s minds, and folks think that 20,000 years ago we had drastically different species (nope), or even dinosaurs (nope nope nope). It doesn’t help that those little tubes of plastic toy dinosaurs often include cave people or mammoths.

Entomologist Gwen Pearson says that there’s a constellation of terms that “travel together” with the word “organic,” such as “chemical-free,” and “natural.” And she’s tired of seeing how profoundly people misunderstand them:

I’m less upset about the way that they are technically incorrect [though of course all] food is all organic, because it contains carbon,etc. [My concern is] the way they are used to dismiss and minimise real differences in food and product production.

Things can be natural and “organic”, but still quite dangerous.

Things can be “synthetic” and manufactured, but safe. And sometimes better choices. If you are taking insulin, odds are it’s from GMO bacteria. And it’s saving lives.

Annalee Newitz is the editor-in-chief of io9. She’s also the author of Scatter, Adapt and Remember: How Humans Will Survive a Mass Extinction.