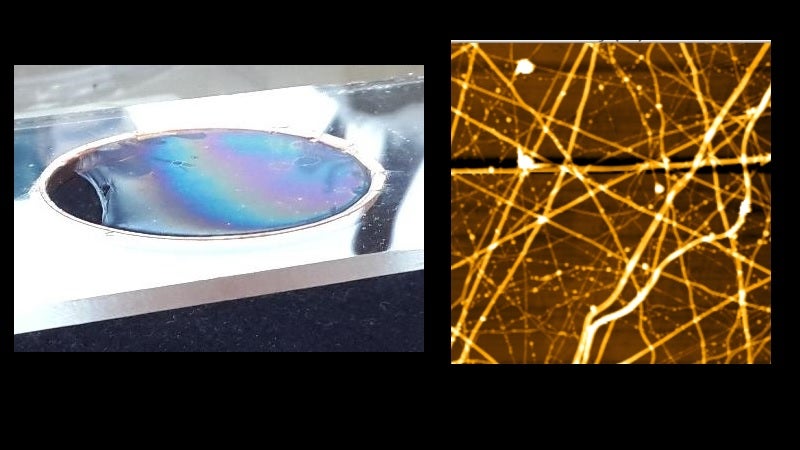 Physicists have used an old technique to make a new kind of material: a fabric that looks like glass. This material is clear enough to see through, incredibly thin and snatches dust out of the air — all while seemingly evading the laws of classical physics to let the air flow unimpeded. Scientists at the Institute of Theoretical and Experimental Biophysics of the Russian Academy of Sciences recently published the technique they used to make a new air filter in the Macromolecular Nanotechnology Journal. The fibre is made using a technique popularised in the 1950s — when nuclear and biological facilities had to get serious about filtering even the finest particles. 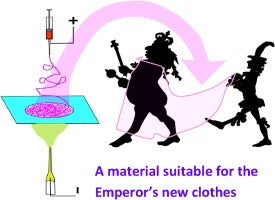 As the (admittedly odd) graphic accompanying the paper shows, the process involves two jets of material squirted towards each other. One jet is a dissolved polymer, and the other is ethanol. The materials have opposite charges. When they meet, they stick, and they create a network of tiny fibres.

In the 1950s, these networks of fibres were created on a solid scaffolding. This new approach doesn't require a scaffolding. The fibres capture 98 per cent of dust particles — including dangerous particles that are so fine they're not caught in the nose and can make their way down into the lungs.

Usually a fine mesh that will catch dust particles will impede air particles, stifling air flow. That's not the case here. Gas particles have what's known as a "mean free path". This is the average distance a given particle will go before it bumps into another particle. When an obstacle in the path of the air molecule is smaller than the particle's mean free path, the classical rules of aerodynamics no longer apply. In this case, the mesh actually reduces air resistance by two-thirds when compared to thicker materials.

The material, though woven with fibre, lets through more light than the average glass window. It's great for face-masks, because it lets air flow easily while trapping dust. The researchers also hope that biologists could use the filter to fish microorganisms out of a liquid, and then put the filter itself under a microscope, like a microscope slide.