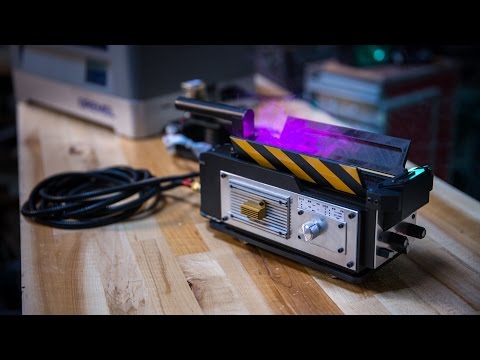 Feelings may be mixed on the the upcoming Ghostbusters reboot, but nostalgia over the originals is at an all-time high. If you remember them fondly, then you should instantly recognise the contraption featured in the above clip. And yes, it works.

OK, so you won’t be catching any real ghosts with it, but it does have a pedal switch that cracks the thing open, ready to suck in any awaiting phantasms.

As the video above from Tested explains, the replica trap was built by one Sean Charlesworth and made from some 50 3D-printed parts.

It’s based on the gizmo’s appearances in Ghostbusters II, though Charlesworth did take a few liberties, the most noticeable being the use of red side rails (from the original design in Ghostbusters), as opposed to silver ones.

Sadly, it’s not all constructed from 3D-printed components — a few bits are off-the-shelf parts, such as the pedal relay and the resistors. Still, from a distance (and even up close), it looks as good as the real thing.