A team of scientists has discovered a fossil with what may be the the oldest and most well-preserved example of a central nervous system ever found. Uncovered in southern China, the specimen goes by the name of Chengjiangocaris kunmingensis and clocks in at roughly 520 million years old. The Cambrian creature is roughly 10cm long. Its central nervous system was so beautifully intact that researchers were able to see individual nerves.

"[U]nder normal circumstances it is extremely difficult to obtain preservation of soft tissues, as these decay rapidly and lose most of the morphological information," Javier Ortega-Hernández, one of the researchers involved in the fossil's discovery, told Motherboard. "However, there are cases in which the environmental conditions are more prone to produce exceptional preservation." 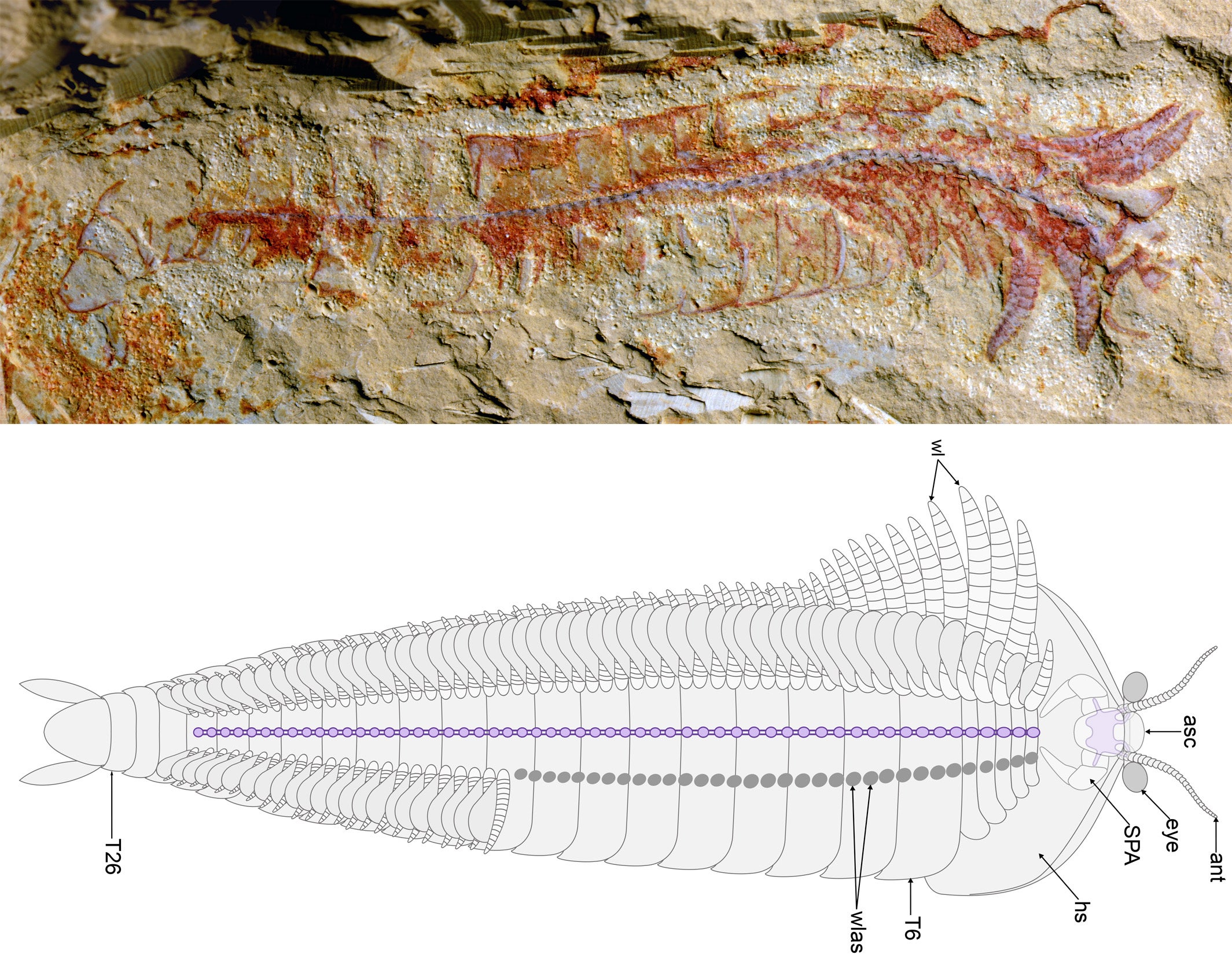 Ortega-Hernández admitted that even he was stunned by the findings. "As usually happens with amazing discoveries, when I first saw the material it took me a bit of time to make sense of what I was looking at," he told the Washington Post. "After a little while, however, excitement kicked in after realising that not only was this an exquisitely preserved nerve cord, but also that it has impossibly thin individual nerves sticking out from it!"

He told the Post that each nerve strand is roughly 10 times thinner than a strand of human hair, which may make it difficult to find in other fossils. "[B]eing able to recognise this level of neurological detail is simply amazing," he said.

Chengjiangocaris kunmingensis is a distant relative of a number of creatures still around today, including insects, spiders and crustaceans. This connection is important, because these findings may yield some clues about the nervous systems of our creepy-crawly buddies.

In fact, it already has: The nervous systems of some of these creatures are slightly less complicated than that of Chengjiangocaris kunmingensis, which means that they actually became more refined over time, rather than more complex.