Our First Look At Airlander 10, The Largest Aircraft In The World 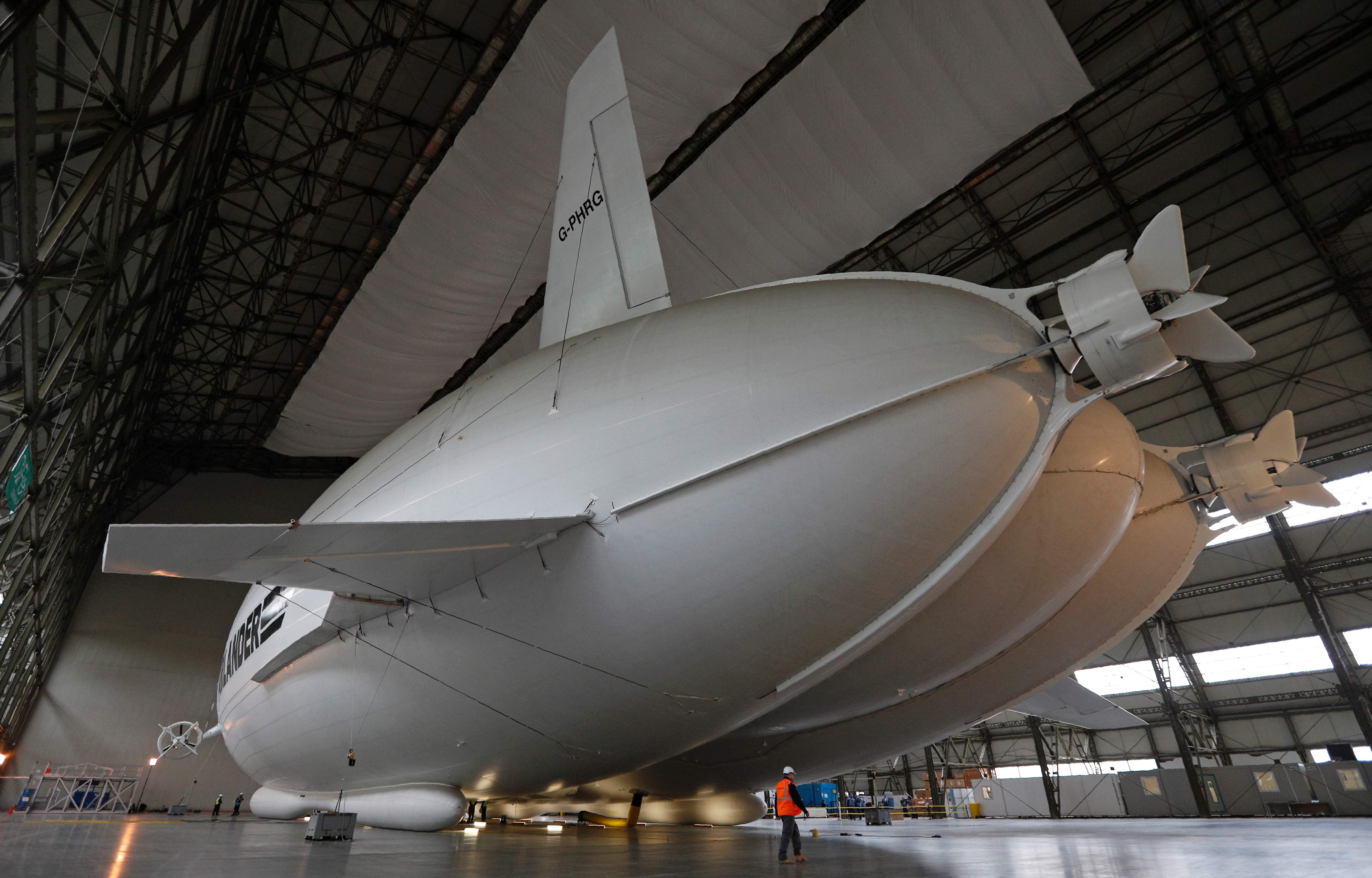 Here it is, folks, our first glimpse of the fully constructed Airlander 10. This floating behemoth measures 92m-long, which is 18m longer than a jumbo jet. If all goes well, the British-designed hybrid vehicle could see its inaugural test flight later this winter. British firm Hybrid Air Vehicles has been working on the £25 million ($46.6 million) prototype for nearly a decade. Yesterday, journalists were given a close look of newly-constructed aircraft, which is being built in the UK's largest aircraft hangar at Cardington in Bedfordshire. 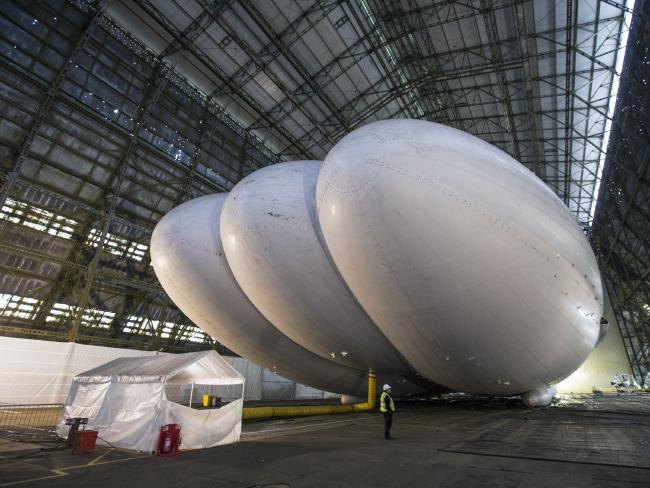 Airlander 10 is called a "hybrid" because it integrates three distinct forms of air transport, namely elements of fixed wing aircraft, helicopters and lighter-than-air technology. The vehicle boasts a total volume of 38,000 cubic metres, which also happens to be the amount of helium it requires to take flight. The ship can stay aloft in the same spot for three weeks, and even withstand bullet holes. It's silent, produces no pollution and is considered an important prospect for future air travel. 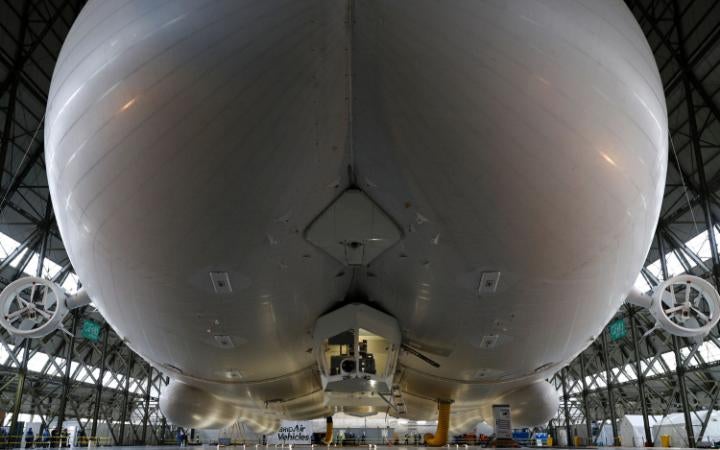 Among its many uses, Airlander 10 could lift machinery to remote areas, provide surveillance and communications, facilitate academic research or transport passengers on novelty flights. It could even be used as a giant floating antenna to boost mobile communications for large public events, or to monitor the flow of refugees crossing the Mediterranean.

"We will not compete with a 747 flying across the Atlantic, but we can offer the ultimate flight experience for tourism and leisure purposes," Chris Daniels, Head of Partnerships at HAV, told the BBC. "It's perfect for sightseeing because we can have floor to ceiling clear panels, and we can open the windows because we are not flying as high or as fast as traditional planes, but we will not be offering a service to get from A to B as quickly as possible." 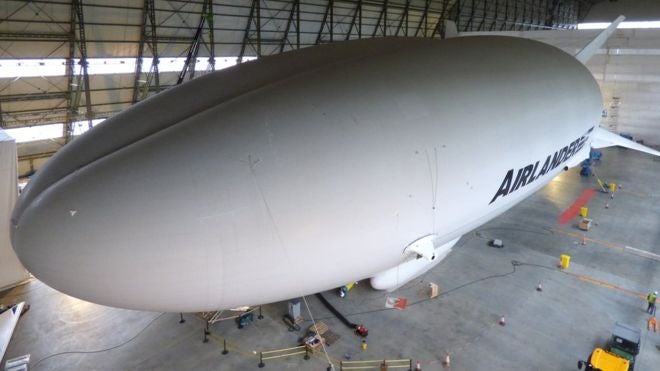 Hybrid Air Vehicles is already thinking beyond Airlander 10 to an even larger vehicle, which could house entire suites of rooms within its hull. The prototype will have to undergo months of tests, but HAV is hoping to have the aircraft in British skies this winter. The firm is hoping to build a dozen Airlanders each year starting in 2018, including some passenger craft that can carry 48 people at a time. 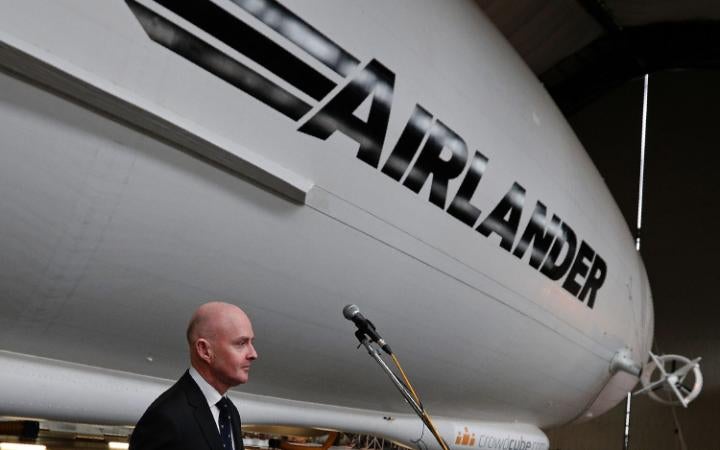 HAV CEO Stephen McGlennan speaking at the event. Image: Getty

Though it may appear outdated, the concept behind Airlander 10 is sound, and it could launch a new age of airships. As The Guardian reports, US aerospace firm Lockheed Martin is currently working on their own version. HAV is hoping to woo customers from the Middle East and elsewhere — and even the UN, who could conceivably use the aircraft for humanitarian purposes.

Not surprisingly, the unveiling of Airlander 10 has prompted a number of parodies, this one with Kim Kardashian being our favourite.