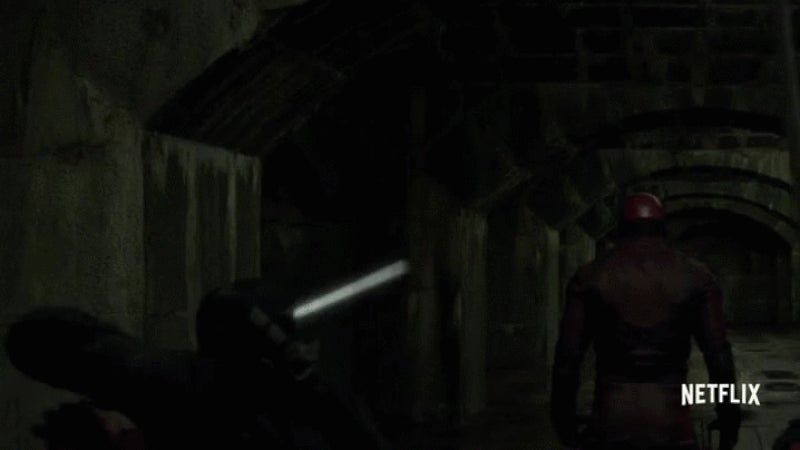 Video: Sure, Daredevil season 2 might be dropping in its entirety at the end of this week, but there's still time for teasing, as this trailer packed with new footage shows. Also? Plenty of time for so much ninja action, oh my god. Almost the entirety of this trailer is new footage, and there's a huge focus on the major arrival of Elektra and the Hand Clan of Ninjas this time around, rather than the rise of the Punisher (although he gets some screentime too, looking bloodied and worse for wear). Check it out below.

But seriously, there's so much Hand goodness here. Stick tells Matt Murdock that Hell's Kitchen is in the crossfire of a huge war it doesn't even know is happening... which of course, means Daredevil has to go beat up a bunch of ninjas. There's lots of teasing of sexy funtimes between Matt and Elektra — even as she threatens to kill him — as well as a potential romance between Matt and Karen, punctuating all the dazzling fights between Daredevil and the Hand. Because you can't always be fighting Ninjas, there (unfortunately) has to be a bit more than that.

This looks so good, but given that the Hand seem like just as big a deal as the Punisher, it's going to be interesting to see how the show handles tackling both of these major stories in one go.