Hyenas And Wolves Are Teaming Up To Survive 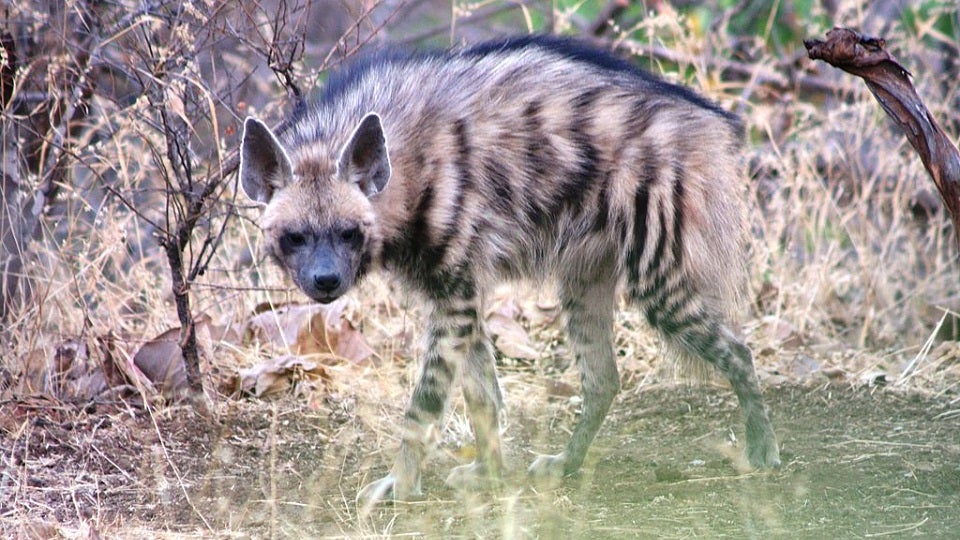 Different species of carnivores don’t get along. At best, they’re in direct competition for prey. At worst, they turn each other into prey. But recently, zoologists found that two predators are teaming up to both survive and haunt your nightmares.

The Negev Desert in southern Israel is one of the most arid places in the world. Among its remarkable features are a series of canyons, and in those canyons, two researchers from the University of Tennessee, Knoxville, found a striped hyena running with a pack of grey wolves. They describe their findings in Zoology in the Middle East.

Although spotted hyenas live in matriarchal social groups, striped hyenas are thought to be solitary. They’re only seen in company around a very big kill or when they have young offspring with them. Grey wolves are social, but they don’t socialise with other species — especially a species known to kill, if not wolves, then at least any dog it encounters. When the researchers found hyena tracks mixed with grey wolf tracks, they figured that they had run over the same area at different times.

One day, after a flash flood, they found a layer of moist sand imprinted with hyena and wolf tracks. In some places, the prints of one of the three wolves was on top of the prints of the hyena. In other places, the hyena print was on top of a wolf print. This indicated they had all travelled through the area at the same time. Despite searching, the researchers couldn’t spot the actual animals — until four years later, when they returned and observed a wolf pack travelling with a hyena in its midst.

The scientists don’t know whether this is an isolated incident or whether they spotted two different packs with two different hyenas. They do speculate on what brought these carnivores together. The Negev Desert is one of the harshest environments in the range of either of these animals, and each animal has skills it can bring to the table. Wolves may be the more direct predators. They’re faster than the hyena and can bring down large animals. The hyena is more of a scavenger — and is particularly good at scavenging human detritus. It can smell garbage from a greater distance than the wolves can, is a better digger than the wolves and has jaws that can crack open discarded bones and tin cans. This means that humans might have a hand in bringing predators together. That’s almost heartwarming.

[Zoology in the Middle East]