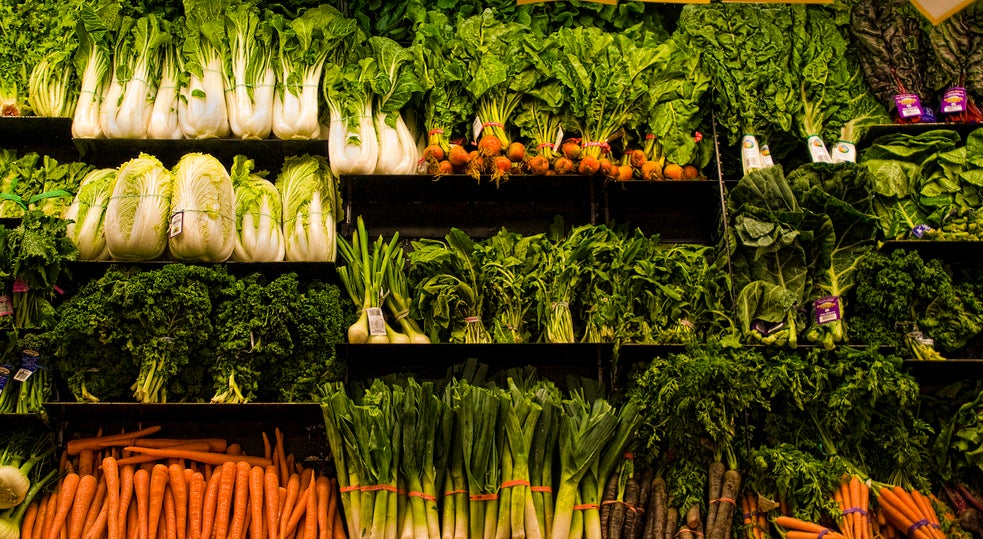 The foods readily available 35 years from now won't look like the foods available today. Some of what we're used to eating will be in short supply — and that new diet could cause an extra 500,000 deaths a year. A new study out in the Lancet from Oxford University extrapolates climate and agricultural projections out until 2050 and runs the numbers on what kinds of foods we can expect to grow in the hot new world. There will be slightly fewer kilojoules available per person overall, but what's really unsettling is where the kilojoules will be lost.

A little of the drop will be in red meat production, but the vast majority of it will be in fruits and vegetables, which will be cut by 4 per cent from what we have now. And researchers say that diet is going to hit the world hard with weight- and diet-related illnesses that will kill an additional half-million people.

A lot of studies have looked at how the coming droughts and temperature swings will push us towards more and more crop failure and in turn famine. This study, however, looks more at what kinds of crops we can expect to survive, particularly as populations grow and we need to grow more to feed them. Cereal crops, in particular, would be an appealing choice not just because of how many more people they can feed, but also because they tend to do well in droughts. So it certainly makes sense to see them displace vegetables and fruits in the short term.

In the longer term, though, that diet would be a health disaster. Unlike a traditional famine, a lot of the losses will be in higher-income countries. China, in particular is going to be hit by about half of all the diet-associated deaths, and the United States should expect just under 10,000 additional diet-related deaths a year.

There is a little bit of light at the end of this very dark, hungry tunnel: By looking at models in which we drastically cut down on carbon emissions sometime in the next couple years, researchers say they were able to drop the total deaths down by anywhere between 29-71 per cent (depending on just how much emissions drop).

We're headed for a hotter, drier future — and the years around that transition are going to be tricky as we try to figure out how to grow food in our new climate.