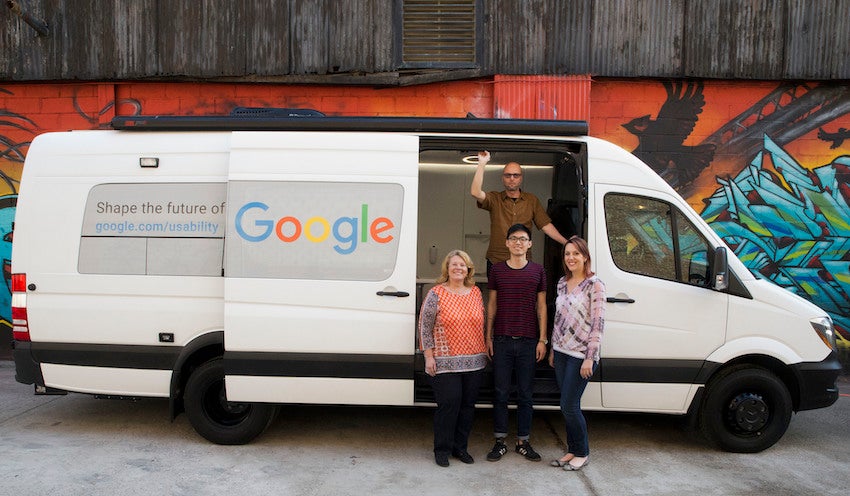 The sketchy van is a mainstay of many things: kidnapping plots, horror movies, pornography. Starting on Monday, however, the sketchy van will have a brand new driver: Google. For whatever reason — Sergey and Larry got bored? Google wanted to start competing with Bangbros? — the Google van will drive around the US for six weeks and see what people think of its products. According to the Associated Press, the custom-built white van will roam the wilds of America, "stopping near colleges, libraries, parks and some of Google's own regional offices in hopes of finding out how average Americans are using the company's multitude of digital offerings".

Rather than kidnap or torture volunteers, Google researchers will supposedly watch as users interact with apps and other Google products for short periods of time. Volunteers will supposedly snag some Google swag at the end. Said swag supposedly includes Google T-shirts. Sounds suspiciously like strangers supposedly handing out candy that is actually drugs that will knock you out just long enough for the van to drive out into the middle of nowhere.

"We are trying to understand the whole end-to-end experience," says some Googler, "which is why we are trying to get out to more locations and see more people so we can gather more context."

The van will depart from New York and visit both Carolinas, Georgia, Colorado, Utah, Nevada and California.