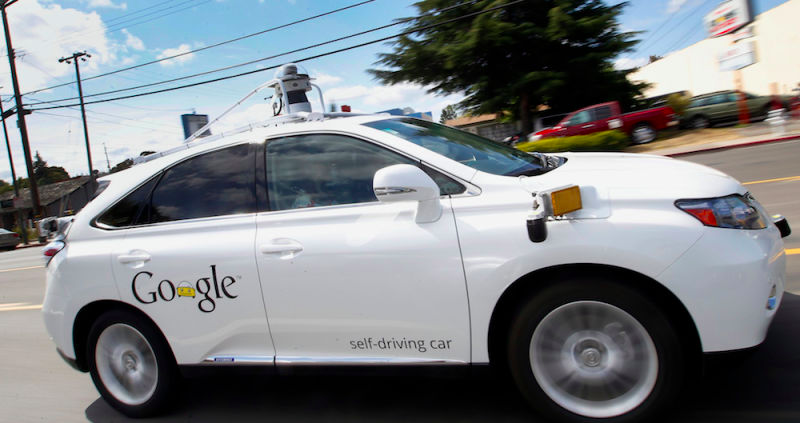 Google wants its self-driving cars on roads and your driveway as soon as possible, and today it is asking the US Congress to acknowledge that autonomous vehicles are so radically new that they need a whole new set of rules. Reuters reviewed an advanced copy of testimony from Google X Director of Self-Driving Cars Chris Urmson. Here's an excerpt:

We propose that Congress move swiftly to provide the secretary of transportation with new authority to approve life­saving safety innovations. This new authority would permit the deployment of innovative safety technologies that meet or exceed the level of safety required by existing federal standards, while ensuring a prompt and transparent process.

While Urmson talks about "innovative safety technologies" here, Reuters reports that he argues that Google's self-driving cars don't need the same safety features as regular old dumbo human-driven cars. Like rear-view mirrors, for example. It's likely Urmson will advocate once again for autonomous cars without steering wheels, as he has in the past.

This is a reaction to California's state-level regulation. The California DMV's draft rules require all sorts of stuff Urmson doesn't want. For instance, self-driving cars in the Golden State would require a steering wheel, as well as a licensed human driver within the car.

In February, the US National Highway Traffic Safety Administration told Google that the US will consider a computer the "driver" in cars with no need for a human driver. That decision shows that the government is willing to drastically alter its understanding of how vehicles and liability function in order to make self-driving cars a reality.

The Congressional hearing took place today at 2:30pm EST (5:30am AEDT). Gizmodo will be watching to see what other safety features Urmson thinks self-driving cars can do without. Do we even need windows?